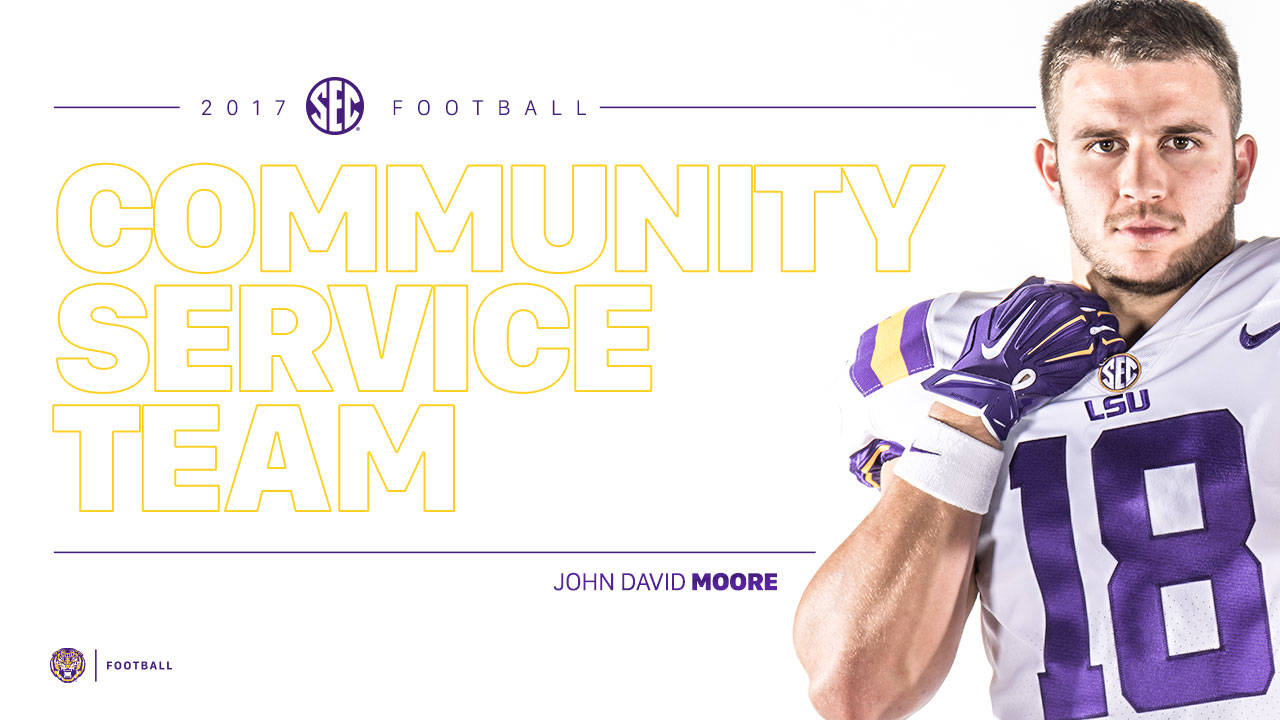 The SEC names a Community Service Team for each of its 21-league sponsored sports, looking to highlight an athlete from each school who gives back to his community through superior service efforts.

Moore, a native of Ruston, Louisiana, has been involved with numerous community service related activities during his time at LSU. He’s part of the leadership team for LSU’s chapter of the Fellowship of Christian Athletes and has dedicated numerous hours to the FCA over the past four years.

A 4.0 grade point average student in architecture, Moore has also spent time helping with flood relief in the Baton Rouge and surrounding areas in August of 2016; has annually worked LSU’s Move-In Day where he assisted freshmen move into their dorm rooms on campus; and has been featured in a promotional video for LSU’s School of Architecture.

Moore has also been involved with community service projects at each of LSU’s past four bowl destinations, which included a scavenger hunt with children at the 2015 Texas Bowl in Houston and a field day with underprivileged kids at last year’s Citrus Bowl in Orlando.

Moore’s involvement with the FCA has included working a summer camp for the organization and speaking to various high school FCA groups in the area.

On the field, Moore wears No. 18, which is given annually to a player that be represents what is means to be a LSU football player and one who serves as a great teammate, possessing a selfless attitude, work ethic and a model citizen, both on and off the field.

This year, Moore has been named to the Academic All-District team and is a nominee for the SEC Scholar-Athlete of the Year Award. He’s played in 11 games, starting eight times, and caught eight passes for 69 yards and a pair of touchdowns.