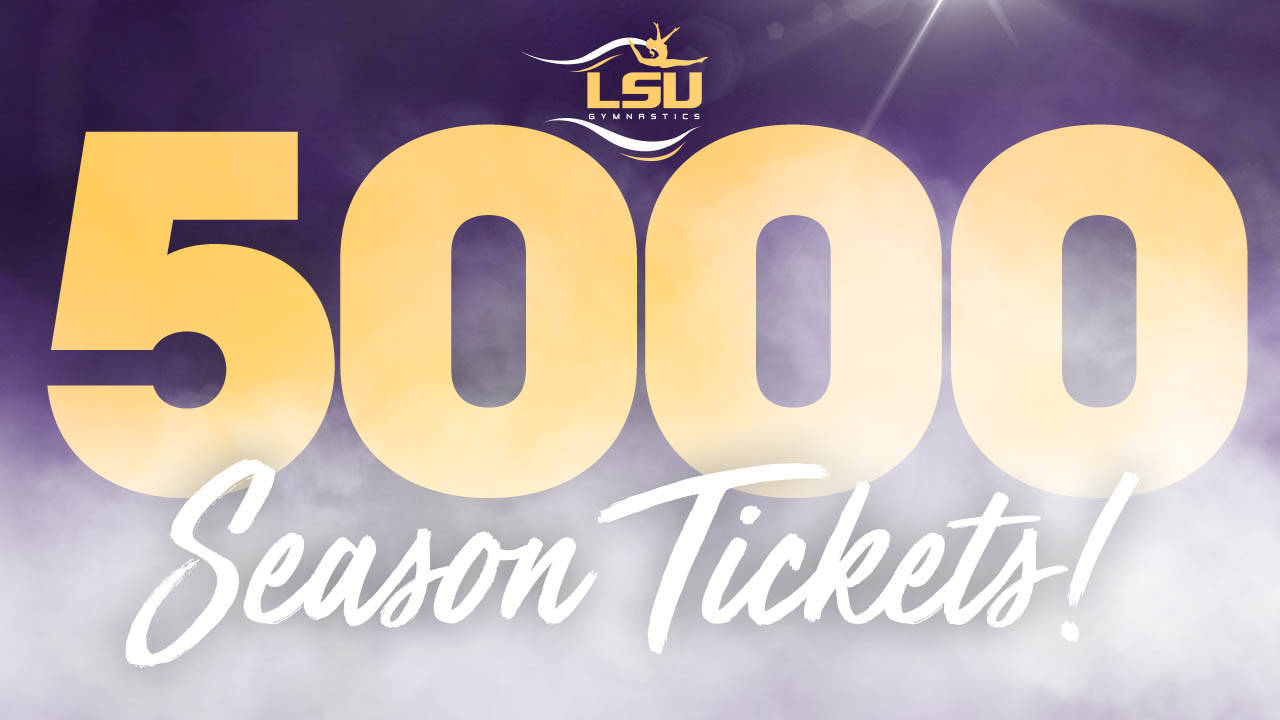 “This is an incredible milestone for our program, and it’s exciting to reach this goal,” Breaux said. “The passion our fans have for this team is on display at every meet and every time we are out in the community. We are excited for our fan base and to get the season started.

Get Your Season Tickets

Season tickets for the season are still on sale and available at LSUtix.net. Fans will have the opportunity to see the 2018 for the first time at Gym 101 at 6:30 p.m. on Monday, Dec. 11. Labeled a “Gymnastics Showcase,” Gym 101 will provide fans a first look at the 2018 Tigers who will perform routines on all four events.

One of the top environments in all of collegiate gymnastics, LSU fans have consistently packed the Maravich Center. The Tigers have set new average attendance records over the last five seasons and finished third in the nation in 2017 after averaging more than 10,000 fans a meet for the first time in school history.

LSU’s top-10 attendance figures have all come in the last three seasons. The program has surpassed 10,000 fans eight times and set the school record against Alabama in 2016 with 13,296 fans.

The home crowd has been vital to the success of the team as the Tigers have an unblemished record at home over the last four seasons at 28-0. LSU is one of three teams in the nation with an undefeated record over the last five seasons and is tied for the third-most wins at home in that span.

The team will open the 2018 season at home on Friday, Jan. 5 against Arkansas. The squad returns 16 of 24 routines from the NCAA Super Six squad a year ago. LSU also returns NCAA champions Sarah Finnegan and Kennedi Edney along with All-Americans Myia Hambrick, McKenna Kelley, Erin Macadaeg and Lexie Priessman.