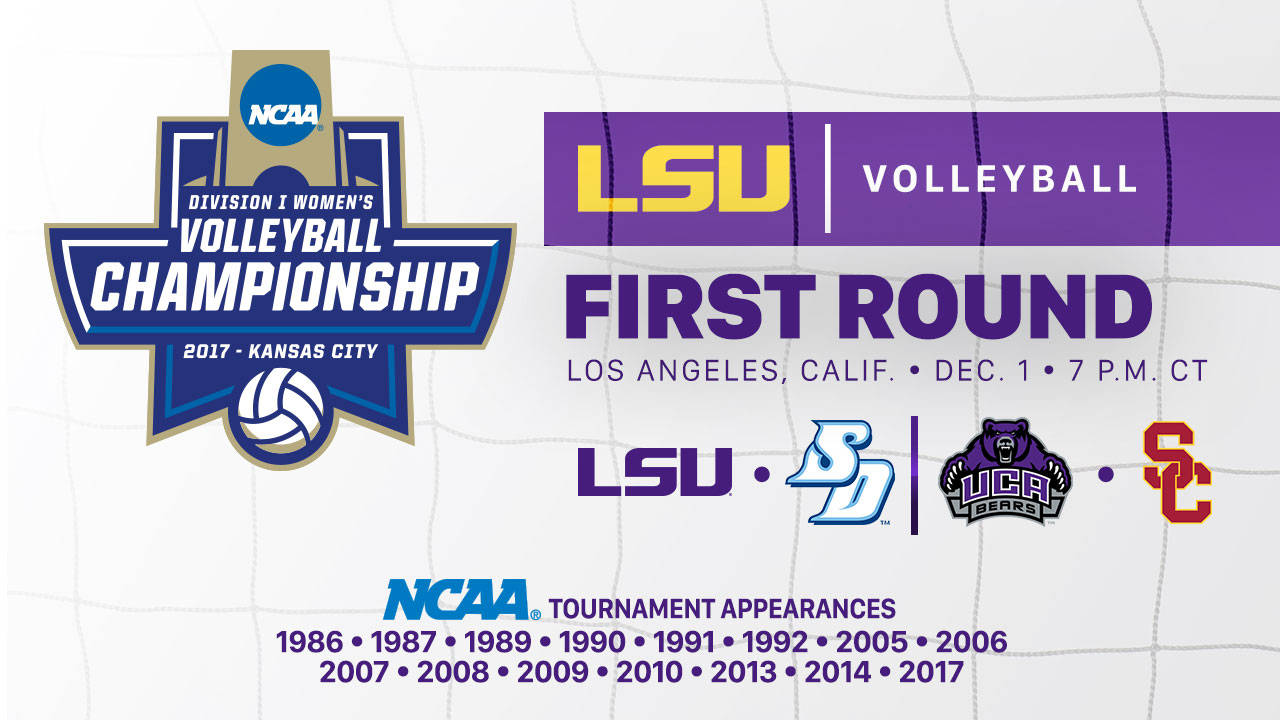 BATON ROUGE – For the first time since the 2014 season and the 15th time in program history, the LSU volleyball team earned an at-large NCAA Tournament bid. The Tigers will head to Southern California for the first and second rounds.

LSU will match up against San Diego in the first round Friday, December 1 at 7 p.m. CT. If the Tigers win, they will move on to face USC or Central Arkansas on Saturday at 7 p.m. CT.

“This was a step that we felt like we were capable of making this year,” head coach Fran Flory said. “We are thrilled to be back in. We certainly didn’t do it the easy way. We are appreciative of the fact that the committee felt like our season was warranted an opportunity to compete for the national championship and to be in the tournament.

“We are excited. This is a new start and new step for this group particularly. I think this is a challenge we will accept pretty quickly and be ready for.”

The Tigers finished the regular season with a 20-9 overall record and in fourth place in the Southeastern Conference with an 11-7 record. This is ninth time under head coach Fran Flory that the Tigers have earned a bid to the NCAA tournament.

In the NCAA tournament, the Tigers own a 14-14 record. The Tigers best finish in the NCAA Tournament was Final Four in 1990 and 1991. The last time the Tigers were in the tournament, LSU defeated Oklahoma in three sets to open the first round in the Eugene, Oregon, regional.