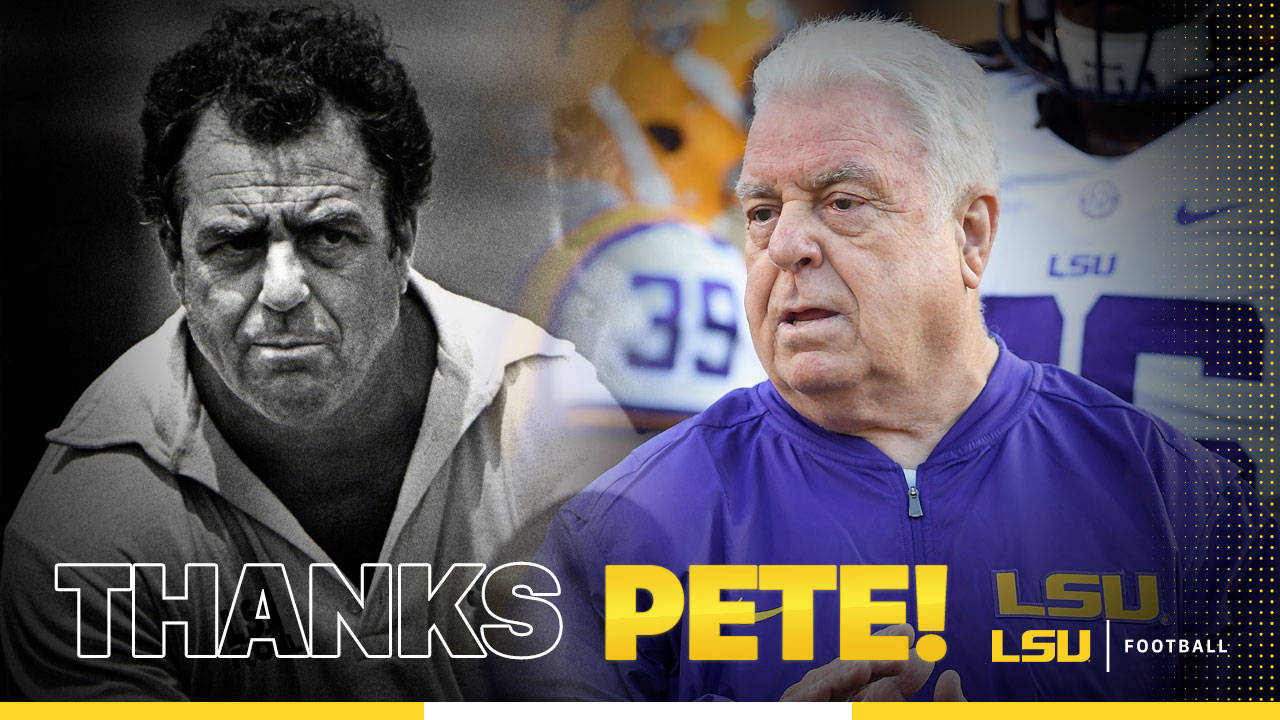 Jenkins will remain with the Tigers through the bowl game. Dennis Johnson, who currently coaches the LSU outside linebackers, will take over as defensive line coach for the Tigers following the bowl game.

“We are forever grateful for Coach Jenkins and his 15 years of service to LSU,” Orgeron said. “Coach Jenkins is one of the most respected coaches in football when it comes to defensive play.

“The LSU football program benefitted and improved because of Coach Jenkins. Our defensive line played at an extremely high level throughout the 2017 season due to the teaching, technique and expectations he instilled on his players.”

“Outside of my family, the greatest thing that has happened to Pete Jenkins is LSU football,” Jenkins said. “It was my dream to be able to coach at LSU and I’ve been fortunate enough to do it on three different occasions.”

After his first 11-year run with the Tigers, Jenkins returned to LSU in 2000, serving as defensive line coach for two years. LSU won its first Southeastern Conference title since 1988 in 2001 when the Tigers knocked off second-ranked Tennessee in the league’s title game.

At the collegiate level, Jenkins was part of 14 bowl games, including nine with the Tigers. He also coached two NFL playoff teams. More than 30 defensive linemen who played for Jenkins at the collegiate level went on to play in the NFL, including former Tigers Henry Thomas, Roland Barbay, Jarvis Green, Marcus Spears, Davon Godchaux, Lewis Neal and Tashawn Bower.

“When I came back last year, my hope was to be helpful to Coach O,” Jenkins said. “He’s been so good to me. I really appreciate the opportunity to come back. Being 76 (years old), I wouldn’t have come back to for anyone but Coach O. I feel great about the direction Coach O has the program headed and the things that he’s doing.

“There are so many special memories for me and my family at LSU. I’ve been truly blessed. There’s no place better on a Saturday night than Tiger Stadium and I will always be a Tiger. The timing is right. I just can’t express how much LSU football means to me.”