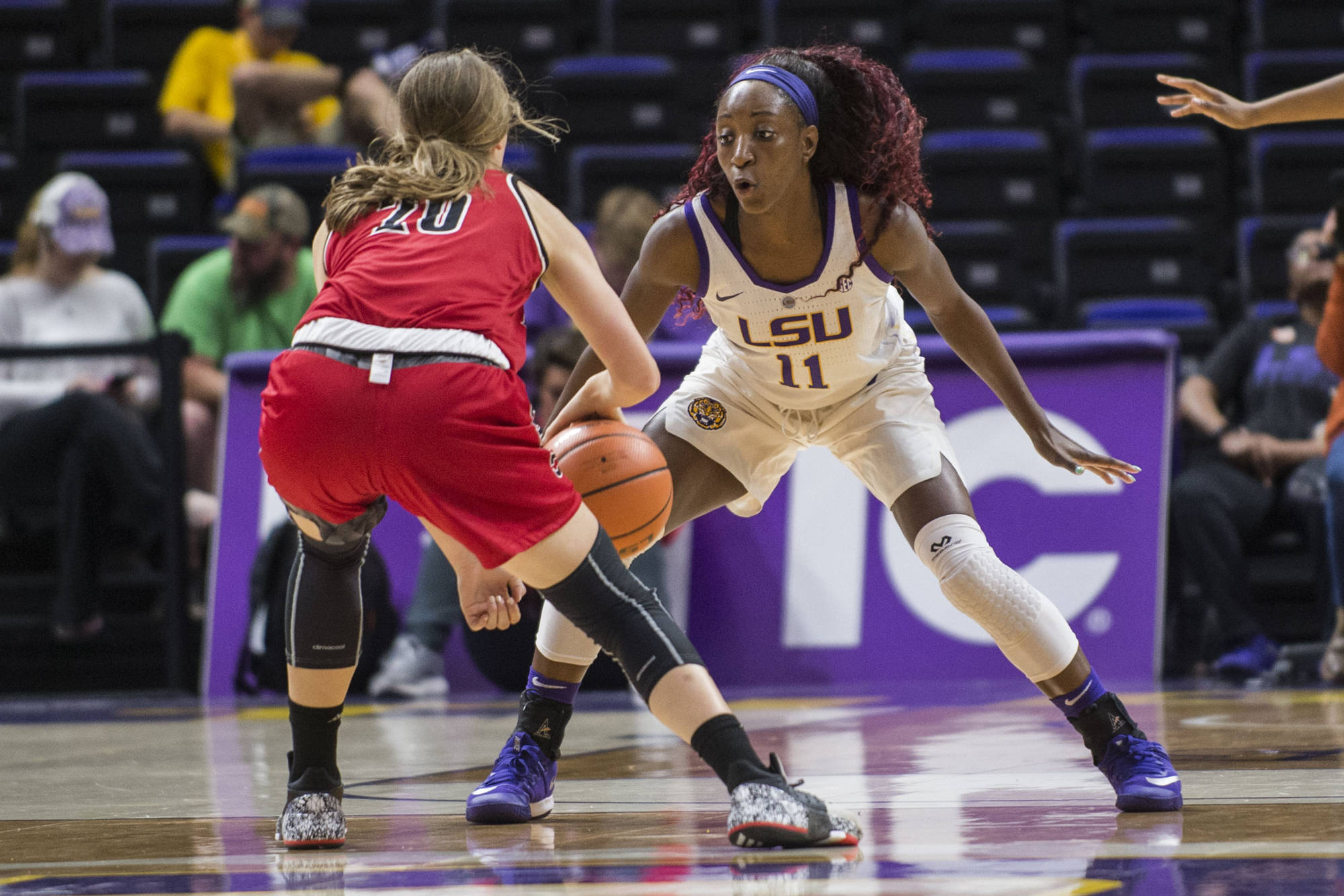 LAS VEGAS – The LSU women’s basketball team defeated Saint Louis, 71-59, at South Point Thanksgiving Shootout in Las Vegas on Saturday evening. Raigyne Louis and Chloe Jackson finished the game with 23 points each, the second night in a row that both players reached the 20-plus scoring mark.

The Lady Tigers improved to 3-3 and Louis was rewarded for her two-game performance by being named to the all-tournament team.

It was a tale of two halves as the Lady Tigers struggled early in the game, scoring only nine points in the first quarter, trailing the Billikens, 17-9.

LSU closed to within one midway through the second quarter on a Dekeriya Patterson layup at the 6:31 mark. But Saint Louis kept the Lady Tigers at arms-length with a 35-27 lead at the half.

The second half was a different story as LSU chipped away at the Billiken lead. The Lady Tigers tied the game for the first time on a layup by Jackson with 3:51 to go in the third quarter.

LSU got its first lead of the game in the fourth quarter when Ayana Mitchell scored her only basket of the night to put the Lady Tigers ahead 53-52. Saint Louis tied the game for the fourth time at 55, before LSU went on a 16-4 run to close out the game.

Saint Louis was led by Jackie Kemph with 14 points, followed by Jenny Vliet with 12. The Billikens drop to 3-4 on the season.

Up next for the Lady Tigers is a road game at Texas Tech in the Big 12/SEC Challenge. Game time in Lubbock will be 6:30 p.m. CT and the game will be livestreamed on FOX Sports Southwest Plus. Patrick Wright will call the action on the LSU Sports Radio Network.