Women's Basketball Falls to No. 2 Texas 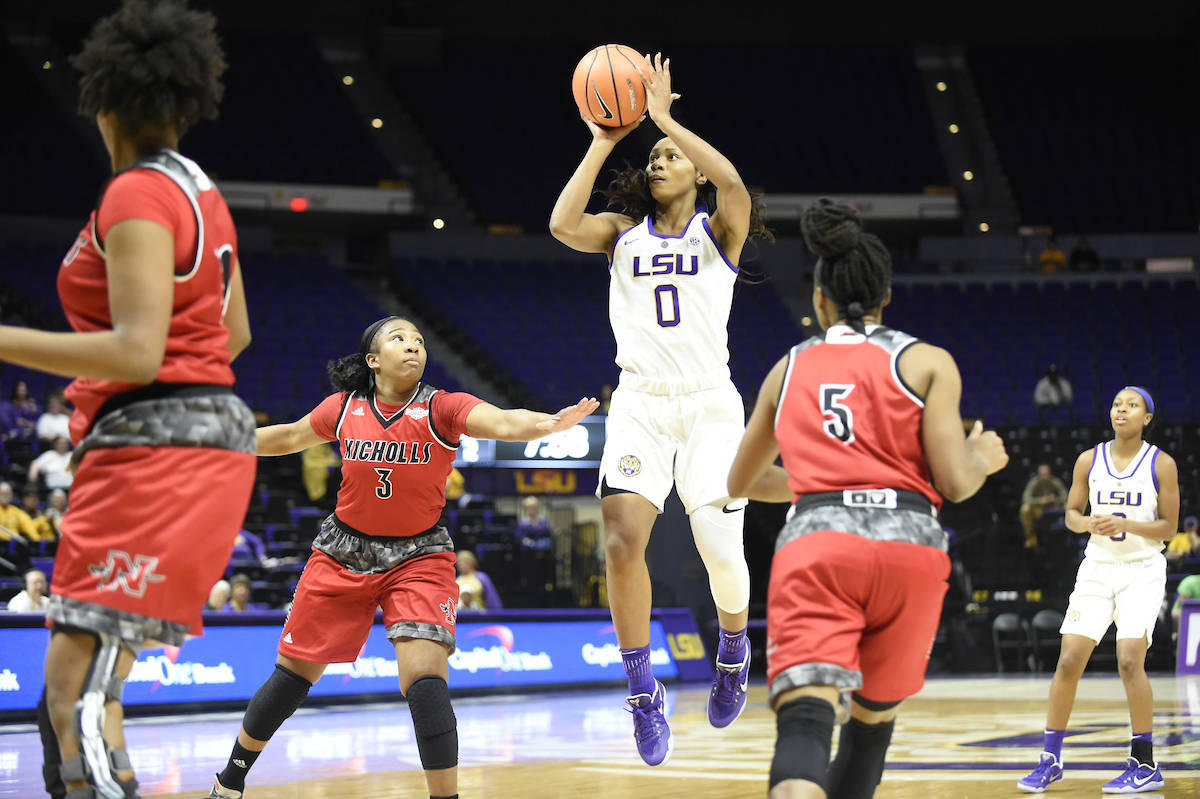 LAS VEGAS – The LSU women’s basketball team fell to No. 2 Texas by a score of 75-66 in the Lady Tigers’ first game of the South Point Thanksgiving Shootout in Las Vegas.

The Lady Tigers cut a 24-point deficit, 64-40, to the final score by outscoring the Longhorns 29-17 in the fourth quarter. LSU went on a 17-4 run with Chloe Jackson scoring 11 of her team-high 23 points during that stretch, 68-57. Jackson also led LSU with seven rebounds and five assists.

LSU started the game down 6-0 before Raigyne Louis got the Lady Tigers on the board at 7:20 in the first quarter. Louis finished with 20 points after scoring the Lady Tigers first nine points of the game.

The last time two LSU players score 20 or more points in a game was also Louis and Jackson with 23 and 22 points, respectively, against Missouri on Jan. 12, 2017.

Texas was led by Ariel Atkins with 17 points, one of four Longhorn players score in double-digits.

The Lady Tigers face Saint Louis on Saturday, Nov. 25 at 10 p.m. CT in the second day of action at the South Point Arena. Patrick Wright will call the action on the LSU Sports Radio Network.