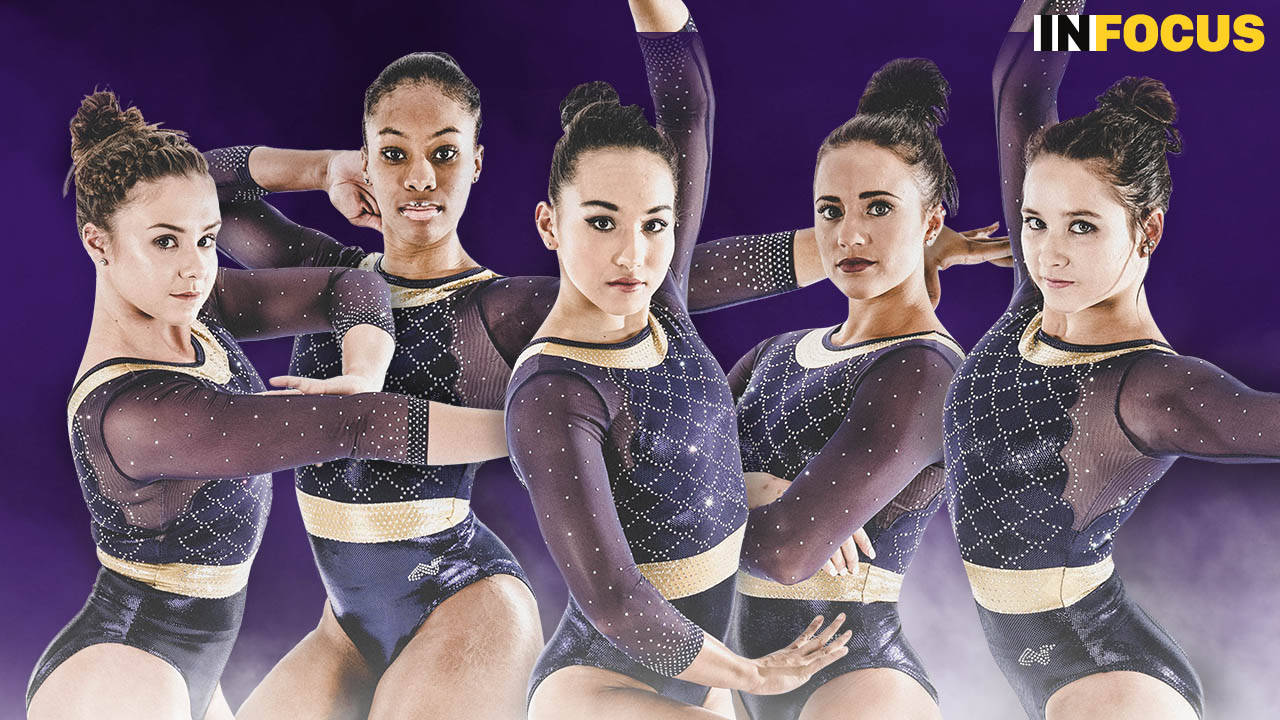 With less than 50 days until the 2018 season opener, LSU gymnastics Head Coach D-D Breaux is eager to see the team in action.

Last season, the Tigers placed as National Runners-Up, SEC meet and tournament champions, and claimed event titles in vault, uneven bars and floor at nationals. Although the team lost three seniors, Breaux believes the Tigers are prepared to compete in the upcoming season.

“We’re excited, without being overly confident,” Breaux said. “We’re comfortable that we’ll be able to compete with anybody in the country.”

“We lost eight great performances from Ashleigh, Sydney and Shae,” Breaux said. “Those were all 9.9 performances. That’s quite a loss.”

Despite the loss of talent from the 2017 seniors, Breaux believes the depth of this freshman class is important in building a successful team in 2018.

“We’re hoping to find some depth from the freshman class as we move forward,” Breaux said. “I really anticipate Sami Durante to be a force to be reckoned with on bars. Reagan Campbell is high-impact. She’ll be a great beam worker for us. Christiana Desiderio will also be a high-impact player.”

Breaux mentioned that the freshman class will help the Tigers this season but wants to ease the gymnasts into the lineups.

“These are freshmen and we don’t want to put too much pressure on them,” Breaux said. “We want them to roll into their four years and have a great experience.”

As the Tigers prepare for the 2018 season, Breaux described the intensity of the meets and what she wants fans to experience.

“We want to put a ferocious tiger out there on the floor,” Breaux said. “I don’t want to be called a Lady Tiger. We are the Tigers. When you come to a gymnastics meet, I want you to feel that and get caught up in it. It’s a ferocious product we put out on the floor.”

Breaux gave credit to the LSU gymnastics fans and the role they have played in the program’s success.

“Being able to have a big, rowdy crowd at home that is a distraction, is huge to the success of a team as they move toward a championship effort,” Breaux said. “We train with a certain amount of intensity and pressure to reach our goals, and the fans help us in those aspects.”

With the fan attendance averaging over 10,000 people per meet and a season high attendance of 13,296, LSU gymnastics takes fan experience very seriously.

“It’s a huge big deal,” Breaux said. “Fan experience is in the conversation all the time. The gymnasts are always reaching out to the crowd and reacting to the crowd’s response to what they’re performing. Everything to the singing of the Alma Mater is planned and timed and it’s with the fan’s experience at heart.”

Breaux mentioned how eager the LSU gymnasts are to perform in front of their fans and be one step closer to achieving their goals.

“The team says it at every practice, ‘the pride and tradition of the LSU Tigers will not be entrusted to the weak or the timid,’” Breaux said. “They really believe that and hold that very true to their hearts. They can’t wait to show everyone what we have this year.”