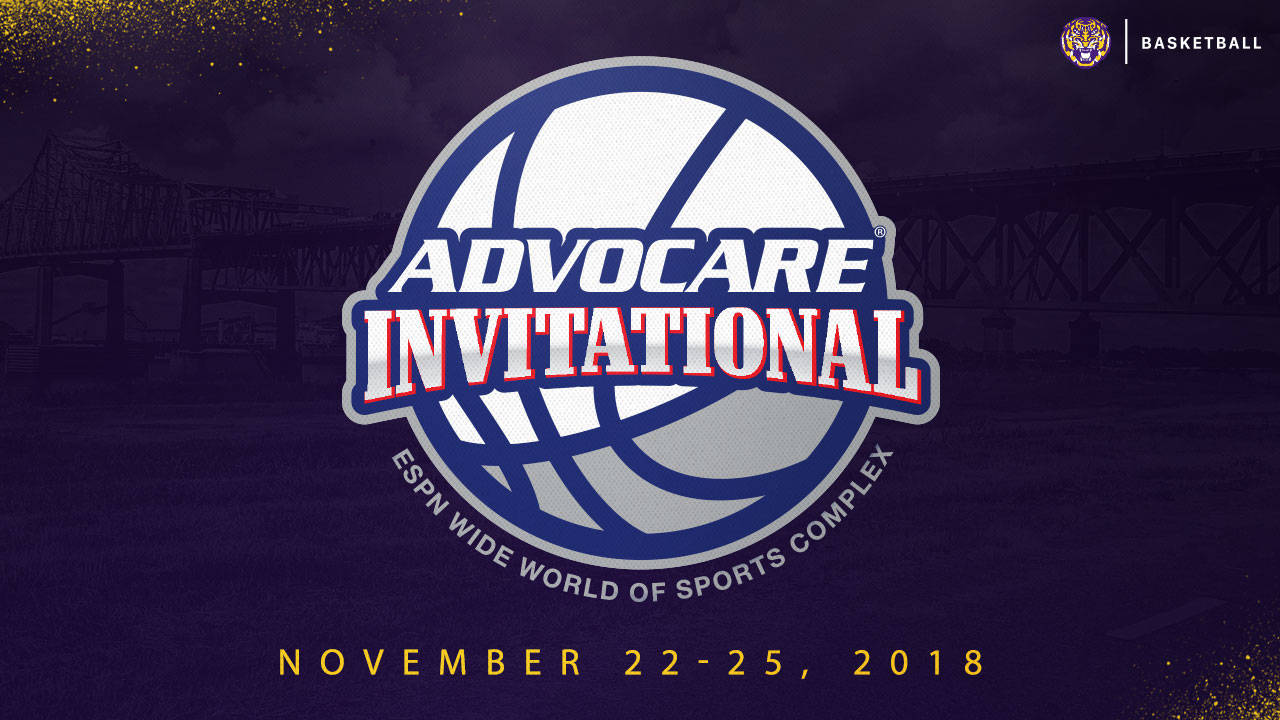 BATON ROUGE – As LSU returns home from the Maui Jim Maui Invitational on Thanksgiving evening, the site of next year’s Thanksgiving playing site was announced by ESPN.

The field for the 2018 AdvoCare Invitational – to be held Thursday, Nov. 22 through Sunday, Nov. 25, at HP Field House at ESPN Wide World of Sports near Orlando, Fla. – will include Charleston, Florida State, LSU, Memphis, Oklahoma State, UAB and Villanova. The eighth team will be announced at a later date.

The family-friendly tournament is a weekend-long affair at the Walt Disney World Resort, where participating teams practice, play and enjoy the Walt Disney World Resort Theme Parks. Travel packages are available for fans and include resort accommodations at the team hotel, game tickets, theme park tickets and much more. Visit AnthonyTravel.com/AdvoCare-Invitational or call 888-632-6951 to make your reservation today.

LSU went 2-1 in the 2013 edition and finished third with bookend wins over St. Joseph’s and Butler with a loss to Memphis in the semifinals.

Additional information, including travel packages, can be found on the AdvoCare Invitational web site.

The AdvoCare Invitational is one of 11 college basketball events owned and operated by ESPN Events, a division of ESPN.