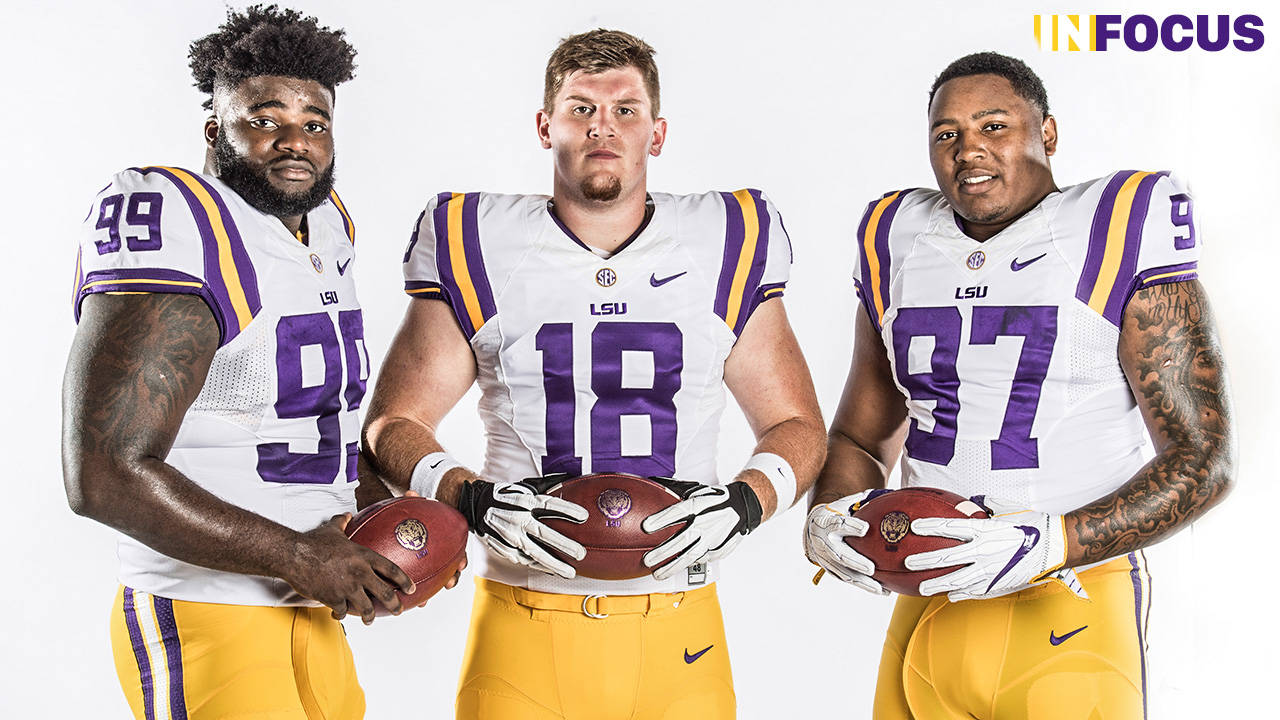 Often when debates arise as to which college athletic programs are among the most successful, the number of student-athletes granted the opportunity to participate at the professional level in their respective sport is one of the most determining factors. LSU’s football team provides, perhaps, the best argument for this notion across all collegiate sports.

As Week 10 of the NFL season concluded, former LSU Tigers held 51 roster spots across 24 NFL teams, tops in the nation. This speaks volumes in how exceptional the LSU coaching staff has been in developing student-athletes through to earn this highly-sought opportunity. Although 51 appears to be a high number, it should be recognized that the number of players to reach the NFL on a per-year basis is extremely small.

This means that the vast majority of those privileged enough to run out of the Tiger Stadium chute, with 100,000+ fans waiting in attendance, will finalize their playing careers in college. Twenty Tigers will hit the ‘WIN’ bar one last time tonight against SEC West foe Texas A&M.

These 20 seniors were part of the victories attained the past two seasons in postseason play with wins over Louisville and Texas Tech by an average of 24.5 points. In the win over Louisville last season in the Buffalo Wild Wings Citrus Bowl, the Tigers were the only team in 2016 to prevent Heisman-winning quarterback Lamar Jackson from recording a touchdown.

If this senior class is able to lead the Tigers to their third straight bowl game win, it will mark the first time LSU has won three consecutive bowl games since 2005-2008, when they captured four wins in a row.

Seniors have the ability to provide leadership based on past experience and knowledge gained through their time in Baton Rouge, but after all the ups and downs endured by this class, each senior can reflect on what they enjoyed most.

“Some of my best memories are the times during practice, in between meetings, or during camp that I got to spend with my teammates,” quarterback Danny Etling said. “It’s not often you get to have a bond like that with a large group of people, and I’ve been lucky to have been a part of it for a few years now. My teammates are what I will miss the most.”

However, one memory that will last a lifetime for these 20 seniors will undoubtedly be their first time out of the tunnel heading into Death Valley.

“It was a dream come true,” defensive tackle Christian LaCouture said. “To hit the ‘WIN’ bar and walk into the greatest stadium with the best fans in the country was something I’ll cherish forever.”

Seniors must provide a stable foundation in order for the team to achieve its highest potential. They understand the growing pains associated with being a freshman and can offer the advice necessary to simplify the faster-paced action.

Through the November 11 contest versus Arkansas, there were a combined 27 starts by freshmen through 10 games. The freshmen have endured their share of trials and tribulations, but if seniors can create their mistakes into learning experiences, the maturing process will surely be expedited.

“For me, I just wanted to help the freshmen out, especially early in the season by trusting their instincts,” LaCouture noted. “We work so hard in practice to know our technique, so you have to trust it. I tell them that everybody is going to be nervous, you just have to go all out and give everything you’ve got.”

“Hopefully,” he said, “I have taught the underclassmen how to work hard on and off the field, as well as how to handle every situation in football with poise and class.”

Although it is not as praised in the media nearly as often as an on-the-field accolade, the amount of time required for football-related activities has the ability to hinder academic performances.

Time management and prioritizing tasks are essential to enjoying on-and-off-the-field success. Cases of academically ineligible student-athletes can not only harm the product on the field and team chemistry, but also the school’s image with respect to recruiting.

Seniors have more understanding than most that the results in between the sidelines will not come to fruition without satisfying academic requirements.

There has been an emphasis at LSU on increasing the Graduation Success Rate (GSR) for its student-athletes since vice chancellor and director of athletics Joe Alleva took over nearly 10 years ago. Since 2008, the GSR score at LSU has increased by 21 points, currently standing at an all-time high of 90 percent as released by the NCAA.

“I was proud when the Athletic Department announced there was a 90 percent graduation rate for the athletes,” LSU coach Ed Orgeron said. “That’s phenomenal. Our football program had a 78 percent graduation rate, where the national average is 44 percent. That’s what it’s all about. Young men getting a scholarship from LSU and getting an education.”