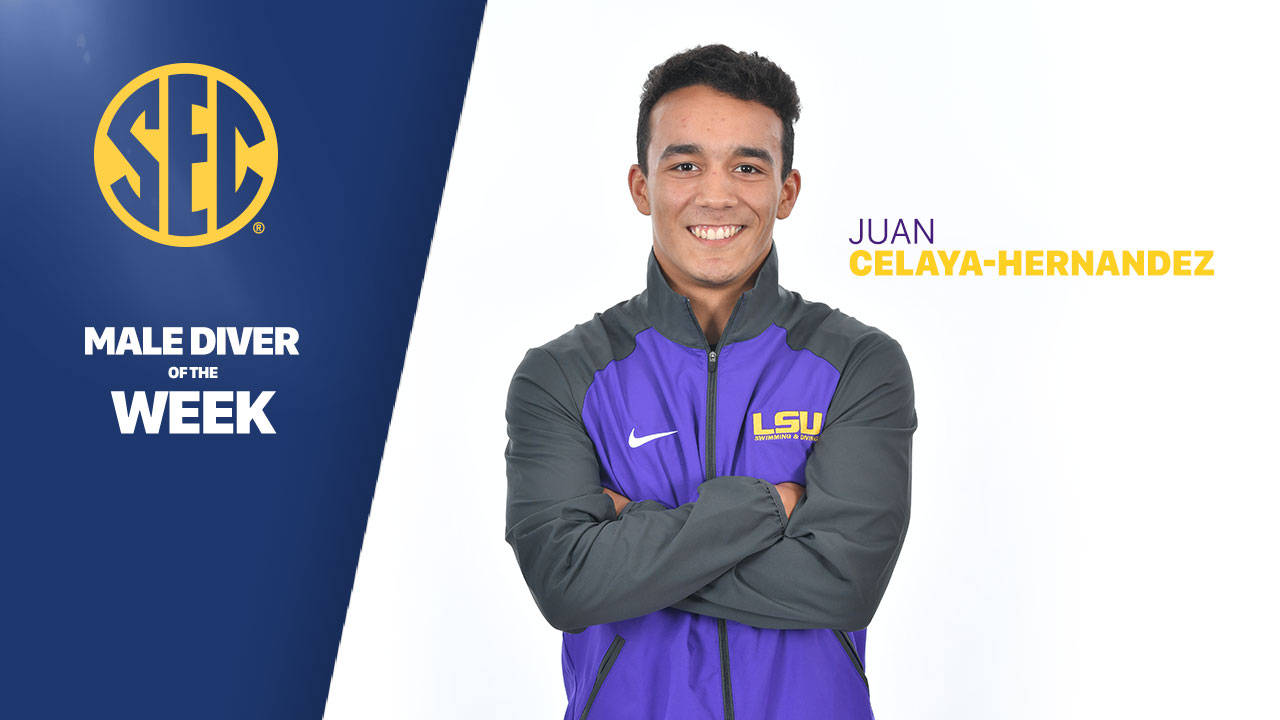 BATON ROUGE – After his dominating performance at the Art Adamson Invitational, sophomore Juan Celaya-Hernandez has earned SEC Male Diver of the Week, the league announced. This is the second time this season he has earned the award.

Celaya-Hernandez, a native of San Nicolas de los Garza, Mexico, went on to win two of the three events at the Art Adamson Invitational, standing out among a field that contained reigning three-meter SEC Champion Tyler Henschel of Texas A&M

In the one-meter, Celaya-Hernandez set a new season-high score of 426.25 to take first in the prelims, and won the finals with a score of 399.95. In three-meter, the sophomore took first in both the prelims and finals again, posting scores of 441.65 and 459.20. His score in the finals marked another season high, and won the event by 48.40 points.

The sophomore now holds the highest scores in the SEC in both the one-meter and three-meter.

In his first platform event of the season, he took home silver, scoring a 362.30.

“Congratulations to Juan for this recognition as the SEC Diver of the week,” said LSU head diving coach Doug Shaffer. “This is his second such honor this year. Juan has worked incredibly hard and is well ahead of his progress from his freshman year. He currently holds the top sores in the 1m and 3m springboards in the SEC. I’m excited to see how he continues to develop as we look forward and work towards the championship season.”