Lowe in Maui: It's Maui Gameday!!! 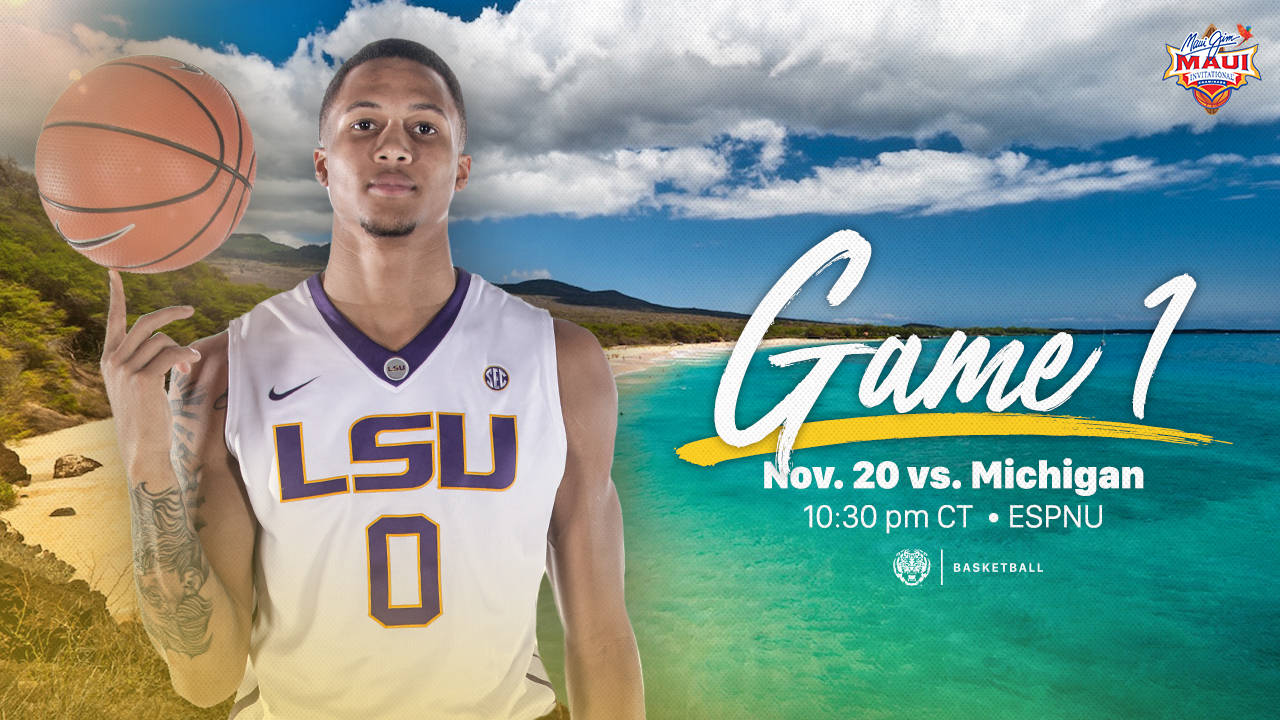 LAHAINA, Maui – Let’s play the games, shall we.

But it will still be a while before the Tigers will take the court on the Gameday at the Lahaina Civic Center, not until 6:30 p.m. here in Maui and that’s 10:30 p.m. back in Baton Rouge. So pace yourself on this day. LSU and Michigan may just be a game that people will be watching with interest.

A few notes on this first-round day of the Maui Jim Maui Invitational:

First of all, LSU is in what could be called the good time bracket although it may not seem that way if you are living in Baton Rouge.

But while a 1:30 p.m. CST opening game will look great when VCU takes the court for the first game, it will be 9:30 a.m. HST and breakfast will be the featured food at the Lahaina Civic Center. That may not be real good especially with the travel problems VCU had in getting in.

Even more interesting is that the upper bracket semifinals in the winner’s division will be played at 8:30 a.m. local time on Tuesday. The winner of LSU-Michigan will not play its semifinals until 5:30 p.m. on Tuesday local time in Maui. I’m sure it’s a TV thing, isn’t it?

While Michigan is a few point favorite for the game, Coach Will Wade has done all he good to make the Tigers feel like (1) they know everything about the Wolverines and (2) they feel confident they can win. Why not? But it hasn’t been easy. It has been since LSU’s first appearance in the tournament in 1992 that the Tigers have won their opening game and that came against Stanford.

But, why not this time around?

Coach John Brady is along for the trip as radio analyst for the LSU Sports Radio Network. He’s been reminiscing about his trip to Maui with the Tigers during the 2007-08 season. He quickly on occasion will point out Director of Student-Athlete Development Tasmin Mitchell and reminds everyone how much of the tournament he missed with an injury that would lead to a redshirt season.

The Tigers hung tough throughout that event, losing late to Oklahoma State, defeated Chaminade and then took Arizona State to overtime before falling.

LSU has gone 1-2 in all three previous appearances so why shouldn’t this be the time to break that trend? We’ll start finding out how things will go this evening on ESPNU and the LSU Sports Radio Network. We’ll also have score updates on Twitter @LSUBasketball and on Facebook at www.Facebook.com/LSUBasketball.