Volleyball Falls on the Road at Alabama 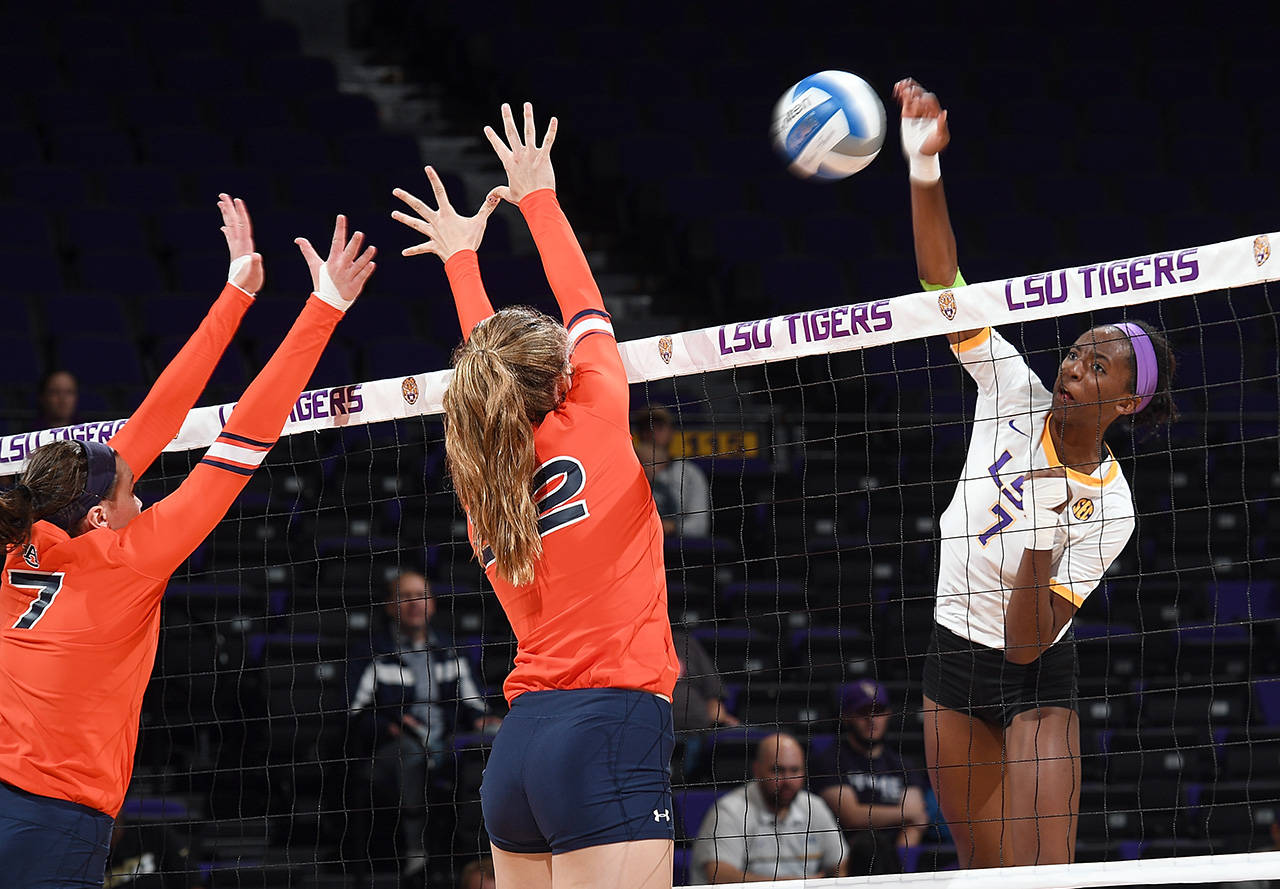 Freshman Taylor Bannister led the Tigers offensively with a match-high 19 kills. Senior Gina Tillis registered her 11th double-double on the year and 27th in her career with 11 kills and 14 digs. Junior Toni Rodriguez added in 11 kills while freshman Raigen Cianciulli anchored the back row with a match-high 23 digs. Junior Lindsay Flory also added in 14 digs and sophomore Anna Zwiebel dished out a match-high 42 assists.

Opening Set
LSU fell behind early 7-4, but the Tigers worked their way back, going on a 9-2 run to take a 13-9 lead and forcing Alabama to a timeout. Out of the timeout, the Tigers extended their lead to 15-9 after two straight kills by Olivia Beyer and Taylor Bannister. LSU extended its lead to 20-12 and 24-14 with a 6-2 run. Beyer put down the final kill of the set to give the Tigers a 1-0 lead on the match. The Tigers hit .342 on the set with 18 kills on 38 attacks with five errors.

Set Two
The Tigers fell behind again in the second set, 7-4. Alabama pushed its lead to 9-6 and then 12-6, forcing LSU to take a timeout. The Crimson Tide went up by 10 points, 18-8 and LSU used its second timeout. The Tigers only scored six points the rest of the set as Alabama evened the match with a second set win of 25-14. The Tigers hit .152 to Alabama’s .371.

Up Next
LSU returns home for the final regular season home match of the year, playing host to Georgia Wednesday night for Senior Tribute in the Pete Maravich Assembly Center at 7 p.m. CT. Stick around after the match for a post-match celebration of the four seniors.