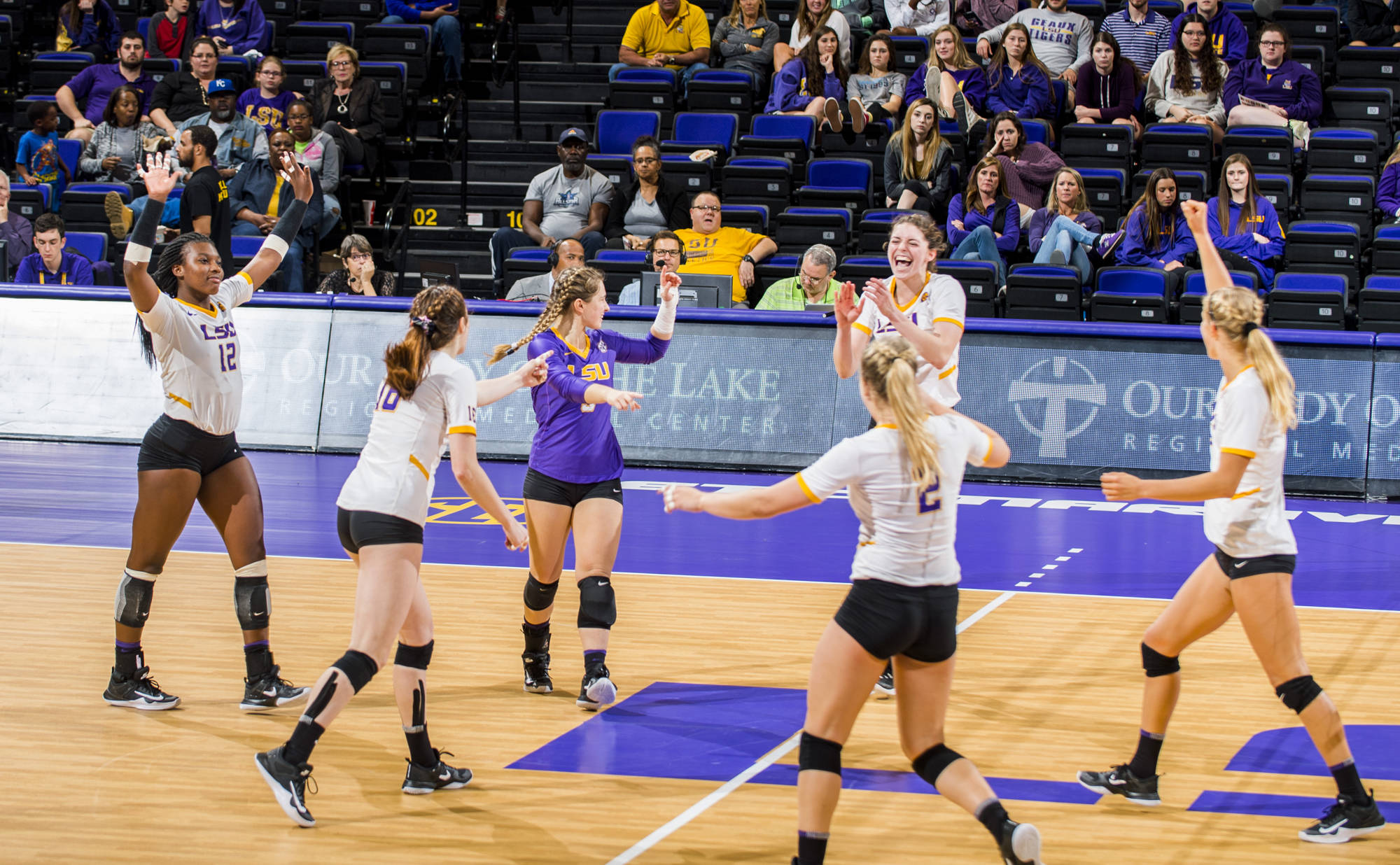 Last Time Out
LSU put together a dominant four-set win over Auburn on Wednesday, claiming the match by scores of 25-15, 25-16, 20-25 and 25-20. The Tigers were led offensively by freshman Taylor Bannister, who finished the match with a match-high of 15 kills. Defensively, freshman Raigen Cianciulli had a night, registering a career-high 29 digs. Sophomore Anna Zwiebel tallied her ninth double-double on the year of 39 assists and 14 digs. Senior Gina Tillis record nine kills and 16 digs while Lindsay Flory added 11 digs. The Tigers out-blocked Auburn 18-7.

A Look at Alabama
Alabama is currently 17-12 on the year and sits in ninth place of the SEC with a 5-10 record. The Crimson Tide is coming off a four-set loss to South Carolina on Friday. The Crimson Tide have lost four out of their last five matches, claiming the victory over Tennessee in five sets. Leah Lawrence leads the squad with a total of 263 kills on the year, averaging 2.37 per set to go along with a .316 hitting percentage. Meghan Neelon directs the offense and averages 10.1 assists per set for a total of 1127 assists on the year. Quincey Gary anchors the back row with a total of 487 digs this season, averaging 4.39 digs per set.

All-Time vs. Alabama
LSU leads the all-time series against Alabama 35-27. The Tigers snapped a four-game losing streak to the Crimson Tide in the last meeting, defeating Alabama in four sets in the PMAC on Oct. 15. The last time the Tigers won in Tuscaloosa was on Sept. 18, 2011, claiming the victory in four sets.

Team Notes
>> LSU improved to 19-7 on the year and 10-5 in the SEC with a four-set victory over Auburn on Wednesday night. LSU sits in fourth place in the SEC behind Missouri and has an RPI of 33.

>> LSU swept Auburn on the season, claiming both meetings for the first time since the 2011 season.

>> The Tigers defeated Alabama in the last meeting in four sets by scores of 22-25, 25-22, 27-25 and 26-24. Against Alabama, Taylor Bannister led the offense with a match-high 21 kills. Milan Stokes put together a career-high of 19 kills, including the match-winning kill, and a .417 hitting percentage. Five LSU players finished with 10 or more digs for the first time since the 2015 season. Cianciulli finished with a then career-high of 28 digs to lead the defense. The victory was the first over Alabama since the 2013 season, snapping a four-game skid to the Crimson Tide.

>> Anna Zwiebel is sixth among the SEC in assists at 9.89 per set. Jacqui Armer is third in the league in blocks per set at 1.30. Raigen Cianciulli is averaging 4.28 digs per set which is tied for sixth-best in the SEC.