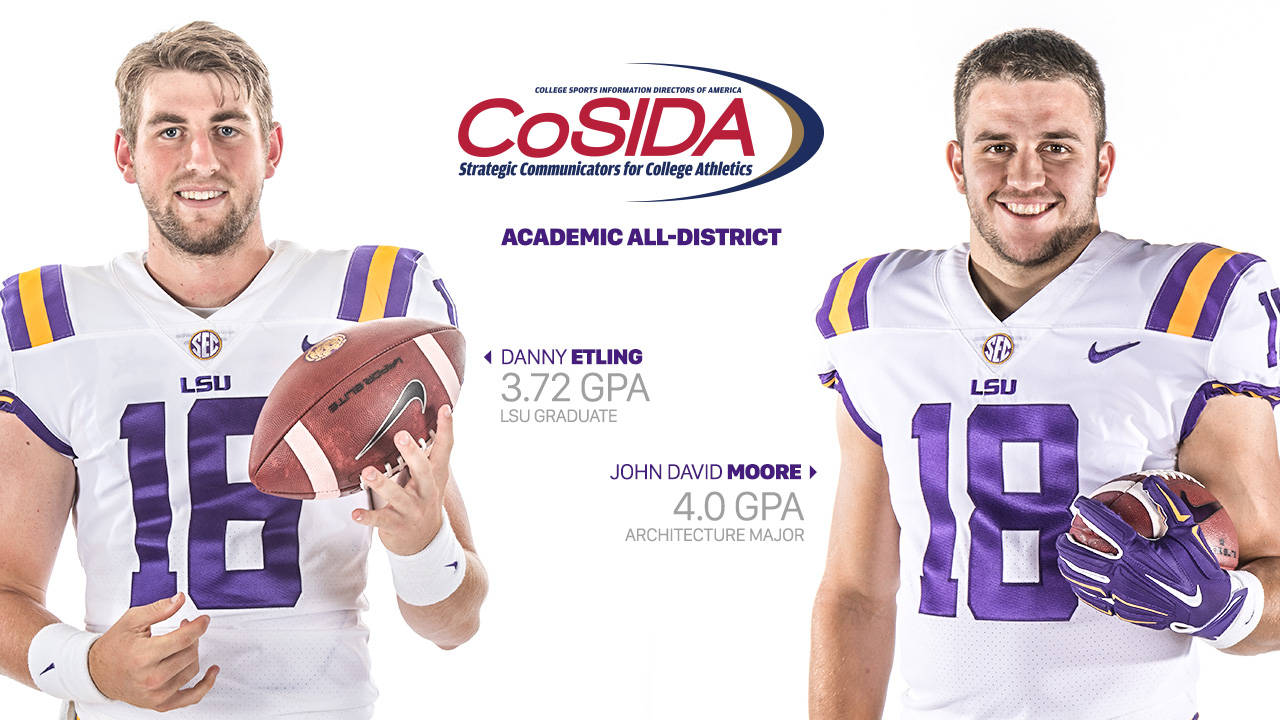 Etling and Moore earned a spot on the District 6 Academic All-District Team, which is made up of schools from the states of Arkansas, Iowa, Louisiana, Minnesota, Missouri, Mississippi, North Dakota, South Dakota and Wisconsin.

Etling, a senior from Terre Haute, Indiana, has guided the Tigers to a No. 20 national ranking and a 7-3 mark this year. He’s completed 116-of-197 passes for 1,806 yards, 11 touchdowns and only two interceptions.

Etling graduated in May with a degree in Mass Communications where he posted a 3.72 grade point average. Etling is a repeat selection on the Academic All-District Team as he was named to the squad last year.

In addition to his academic accomplishments, Etling is also the Vice-Chair of the 2017 SEC Football Leadership Council as well as being a member of the 2016 SEC Community Service Team.

Moore currently maintains a 4.02 grade point average in architecture where he’s on pace to become the first Tiger football player to graduate in that curriculum in more than 25 years. Moore has played in nine games this year, starting six times, and he’s caught six passes for 51 yards and a touchdown.

Moore is a three-time member of the SEC Academic Honor Roll and was named the winner of the 2016 Charles Coates Award Winner, which is presented annually to the top student-athlete on the LSU football team.