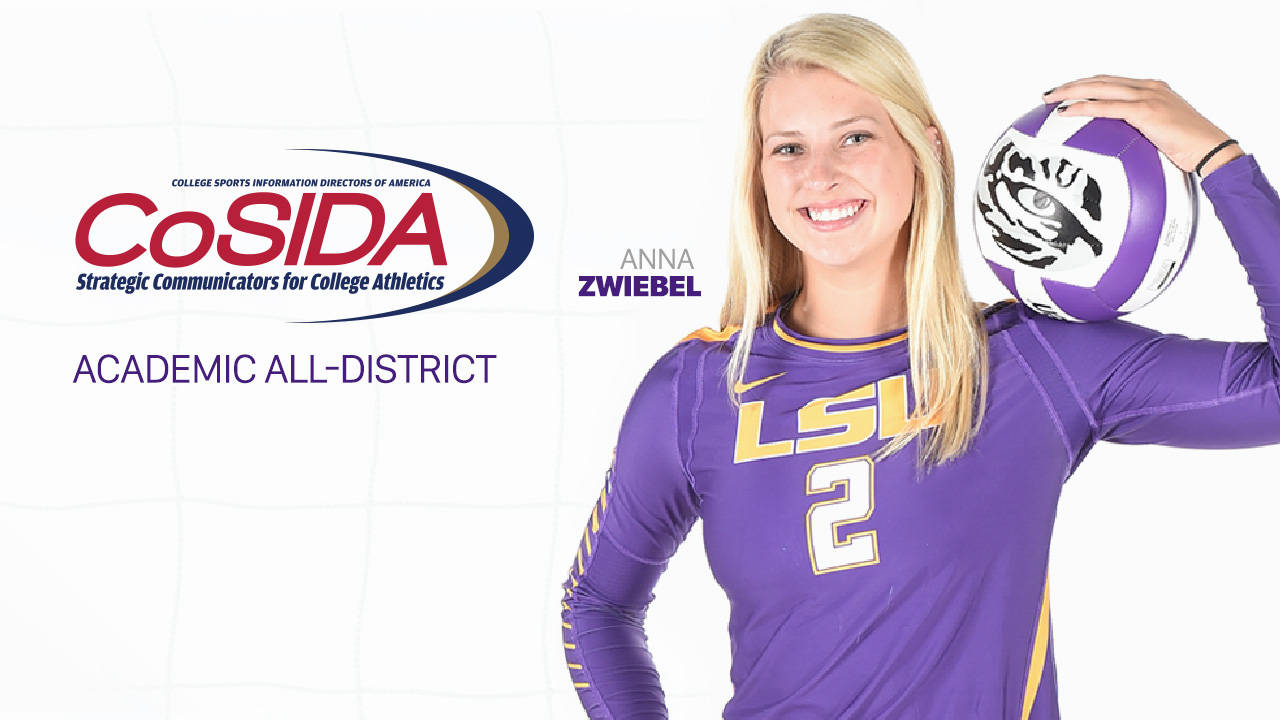 It is the first CoSIDA Academic All-District honor since Brittney Johnson earned the accolade in 2010. Zwiebel is just the seventh player in LSU volleyball history to be named to the team and is the only sophomore honored this season among seven other seniors in District 6.

The Louisville, Kentucky native is one of three players on the squad with at least a 4.0 grade point average. Zwiebel is majoring in kinesiology and has a GPA of 4.09.

Zwiebel directs the offense for the Tigers, leading the team with 9.89 assists per set for a total of 930 assists on the season thus far. Her 9.89 assists per set ranks sixth in the SEC. She has nine double-doubles on the year with her most recent one coming in Wednesday night’s match versus Auburn where she dished out 39 assists and registered 14 digs.

On the year, Zwiebel has a team leading 17 aces to go along with 38 blocks and 56 kills on 126 attempts. Earlier this season, Zwiebel had a career-high 65 assists in the five-set victory over High Point on September 8.

The Tigers are currently 19-7 on the year with an RPI of 33 and sit in fourth place of the SEC with a 10-5 record. They are coming off a four-set victory over Auburn on Wednesday and will head to Alabama for a match Sunday at 3 p.m. CT. Following the Alabama match, the Tigers return home for Senior Night on Wednesday against Georgia at 7 p.m. CT in the PMAC before finishing out the regular season on the road at Tennessee next Friday at 6 p.m. CT.