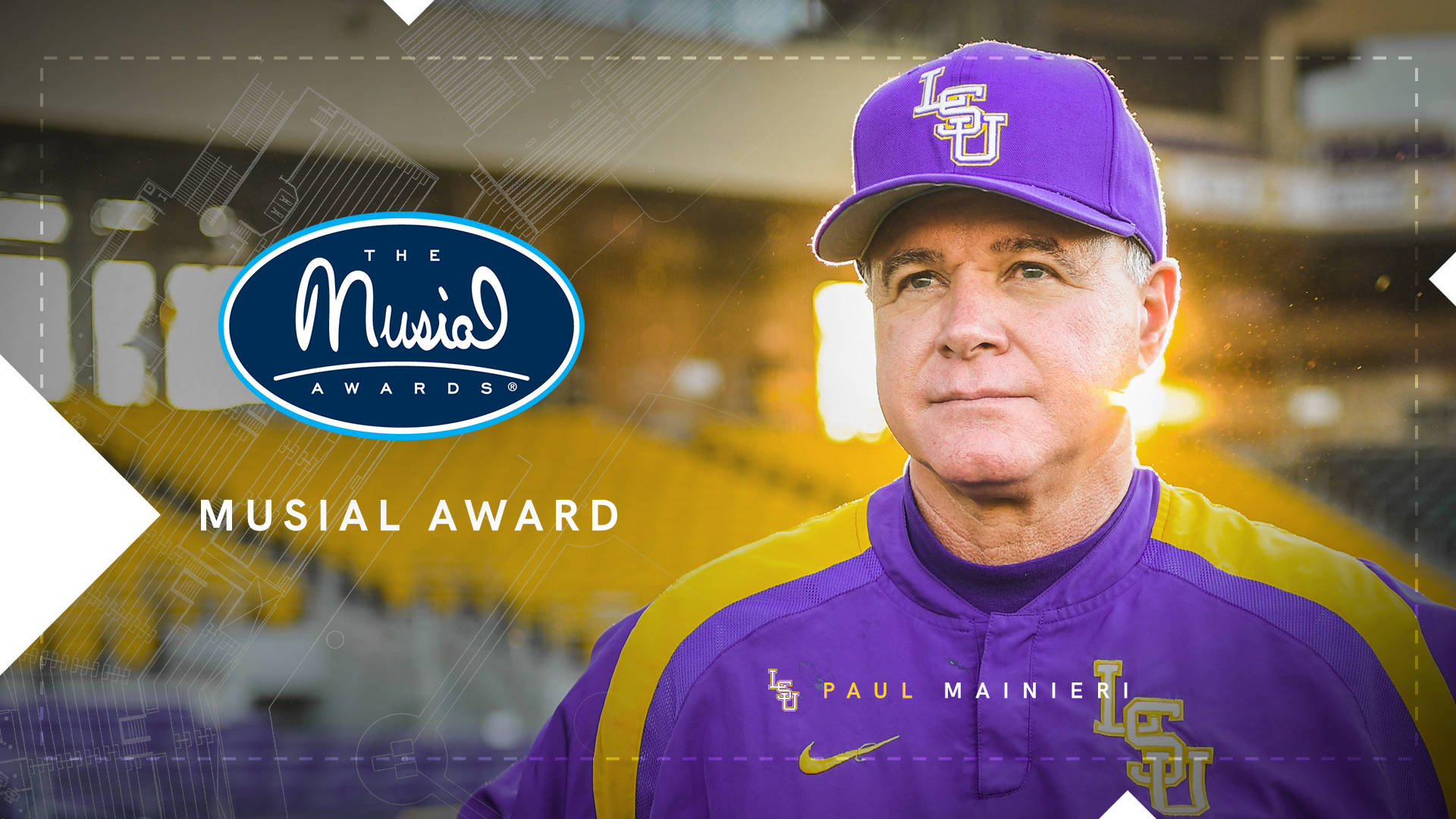 Mainieri will receive an award for conducting special tributes to the military academy teams that faced LSU in Alex Box Stadium last February.

“I will accept this award not for myself, but for our players who enthusiastically took part in this in-game demonstration of gratitude,” Mainieri said, “and on behalf of the LSU community, which has demonstrated time and time again its patriotic attitude and appreciation for all of the members in our country’s armed forces.”

During a break between innings of its respective games versus Army and Air Force, the entire LSU squad walked to the opposing dugout and engaged in a “Soldier Salute,” shaking the hand of each cadet and thanking him for his service to our country.

“What we did during those games with Army and Air Force was an easy thing to do,” Mainieri explained. “I simply wanted those cadets from those institutions to know that our players and our community of fans at LSU appreciated the sacrifice and commitment that each of them were making for all of us.

“I hoped that, during the tough times they endure while at the academies and after graduation, they might remember that sign of respect our players gave to them one day on a baseball field, and it might inspire them to continue the trail they were on and complete their mission of service to our country.”

The Musial Awards, named for St. Louis Cardinals legend and Baseball Hall of Famer Stan Musial, will be held at the Peabody Opera House. The event, which has taken place each year since 2005, honors individuals for remarkable acts of class, character, kindness, selflessness, perseverance and integrity in sports. Award winners represent all levels of athletics – pro, college, high school and youth – and are connected to the most amazing and heartwarming stories.

“We wish to recognize Coach Mainieri for the tremendous class he showed and the sportsmanship he instilled when LSU hosted its military appreciation weekend in February,” said Marc Schreiber, vice president of the St. Louis Sports Commission. “That act in itself is worthy of Musial Award recognition, and the fact that Stan was a veteran makes the honor all the more appropriate. But add the dignity, humility, generosity and commitment to excellence Coach Mainieri has shown throughout his career, and it’s clear he embodies the sportsmanship virtues the Musial Awards seek to celebrate.”

“Anytime you receive an award with the name Stan Musial attached to it is cause for a great amount of pride,” Mainieri said. “Stan Musial was not only one of the greatest players in the history of baseball but he has the reputation of being one of the greatest ‘gentlemen’ in the history of our game, too. He proved every day with the way he carried himself and treated others that you can respect your opponent while still being a great competitor that succeeds in sports. That has always been the message I have tried to get across to my players.”

For more information and to view a video about the event, visit www.MusialAwards.com.