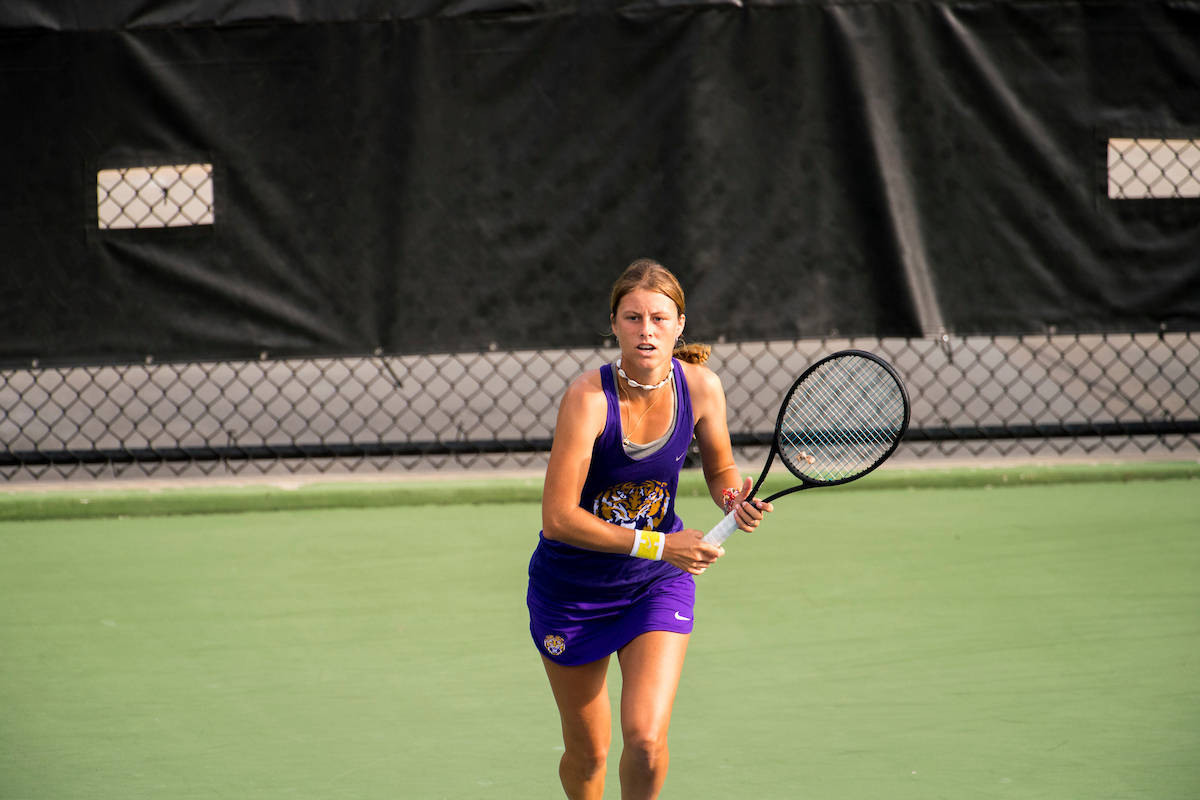 Freshman Elyse Lavender leads the group as the No. 47-ranked player in the country followed by fellow freshman Eden Richardson at No. 56. Lavender tallied an 8-2 record in fall competition and went a perfect 3-0 against ranked opponents while Richardson led the team with 10 wins in the fall.

Junior Jessica Golovin is ranked No. 66 after a strong fall slate that included a career-best win over No. 4 Sara Daavettila of North Carolina.

Senior Ryann Foster closes out the group at No. 73 after an eight-win fall capped off by a career-best win over No. 23 Johnnise Renaud of Georgia Tech at the Tiger Fall Classic.

LSU is one of just four women’s tennis programs in the country to boast four singles players in the top-75, and the only one out of those four programs with two freshmen in the rankings.

The next Oracle/ITA rankings will be released on Jan. 3 in advance of the spring 2018 season, for which the Tigers will add five-star recruit Luba Vasilyuk to an already loaded lineup.

The LSU women’s tennis spring season will begin on Saturday, Jan. 20 with a doubleheader against Northwestern State at 11 a.m. CT and Southern at 4 p.m. CT at the LSU Tennis Complex.