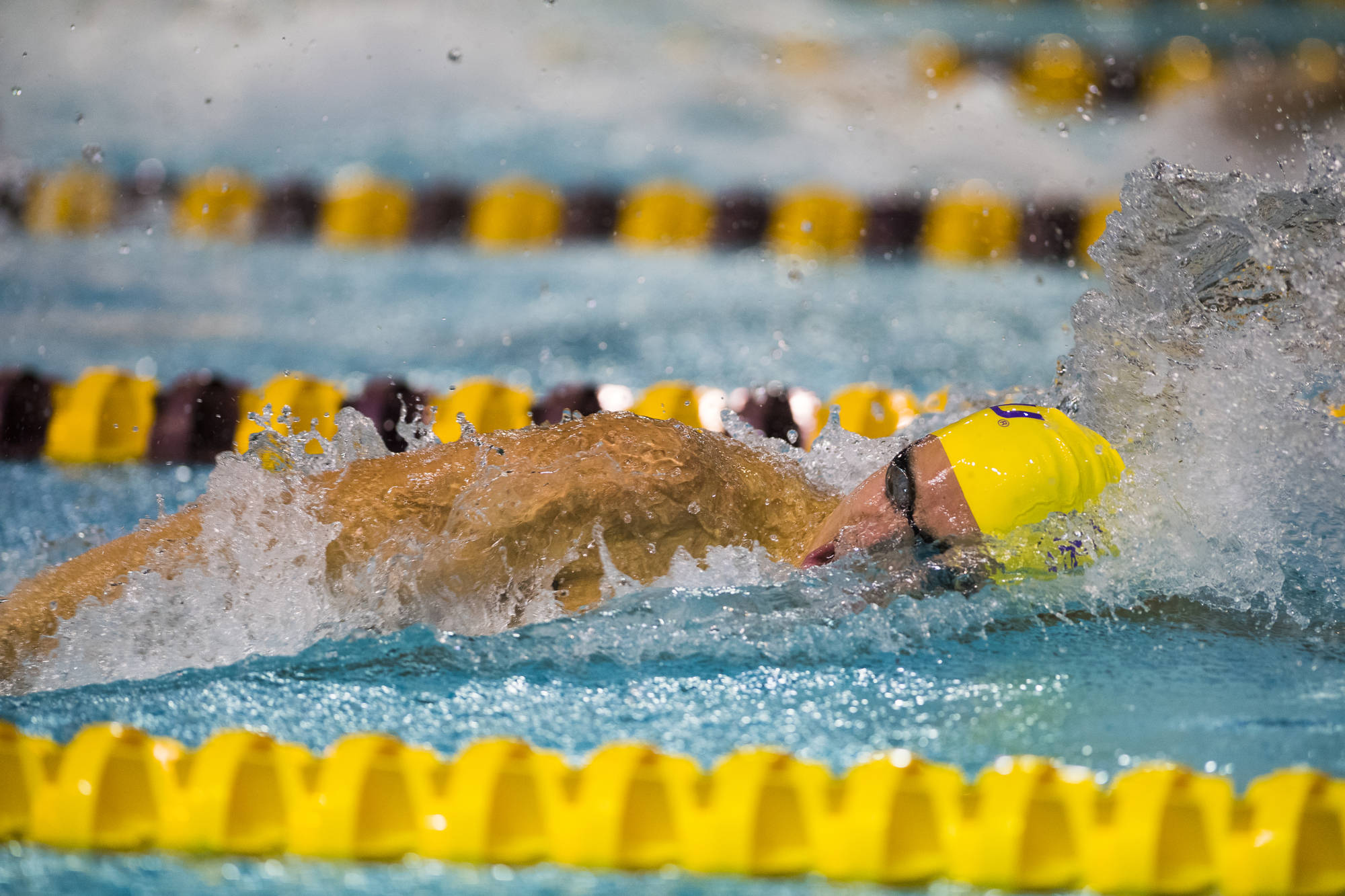 “I’m excited about this meet because we’re going into a championship type format, where we have preliminaries and finals, which mirrors what we’ll do at our conference, zone, and national meets,” explained diving coach Doug Shaffer. “We’ve trained really hard for this, and this will be a chance for us to showcase ourselves over the course of three days.”

The diving team has been very successful this season, taking care of business in all three dual meets thus far, and will look to continue that success this week through sophomore Juan Celaya-Hernandez, who has won every event he has competed in this season.

“This will be his hardest test,” stated Shaffer. “He’ll be competing against the reigning SEC Champion Tyler Henschel, and they have a strong freshman in Kurtis Mathews, so Texas A&M will certainly be his biggest competition.”

The women will be turning to junior Rileigh Knox to perform well this weekend after her top three finishes in one-meter and three-meter at SMU.

“Rileigh has struggled over the past year with an injury, and I think we’re finally moving past that in a positive way. I can see it in her training and her attitude. I’m just hoping she has a positive experience competing without struggling with an injury.”

In the pool, LSU swimming coach Dave Geyer is looking for a team effort in order to put in a strong team performance this weekend.

“I think from a calendar standpoint, this is the time where we have to see how we perform over three days,” said Geyer. “In a preliminary-final meet, it’s a good opportunity for us to get in that facility and compete against some of the best teams in the country right now, and see how our young team responds to that. It’s a good setup to our conference championship. In terms of where we’re at, I think we’re getting ready for action. It’s time to see how we perform.”

So far this season, the only male NCAA qualifier has been junior Thomas Smith, who swam a B-cut time of 1:46.04 in the 200 back at Pittsburgh. That time currently ranks ninth in the SEC.

Meanwhile, the women have three top-20 SEC times so far this season, as well as three more in the top-25.

Junior Summer Spradley has the highest ranked swim, slotting in at 13th in 100 breast when she swam a 1:03.17 in the double-dual versus Pittsburgh and Virginia.

Freshman Ellie Baldwin has impressed so far this season, and will look to score well in the 200 back, as she has the 17th best time in the SEC with a 1:59.97 she swam at SMU.

Finally, Gabrielle Pick, a native of Milton, Georgia, has the 19th ranked time after swimming a 2:01.14 in the 200 fly against SMU.

While the end goal is to get as many swimmers to NCAAs, Geyer is also looking for consistent improvement throughout the team, and NCAA qualification would simply be an added bonus for the team.

“Compared to last year, our focus on this meet is completely different. Last year, we went in with a significant amount of rest, with the thought of getting as many NCAA qualifying times as we could. With the way the season was set up this year, we as a staff made the decision made the decision to not much as much of a physical emphasis on the meet, but rather maintain focus through the season in order to be successful.”

While Geyer is focused on the long term, when it comes to this weekend, for the team to do well, everyone will have to step up in their respective events.

“The expectation is that everyone will score,” said Geyer. “We know that if we want to achieve our goals at the conference meet, we have to step up and score in this meet, regardless of rest, shaving time, and all that stuff. So, we’re expecting that everyone will get second swims.”

For the freshmen on the team, this will be their first meet in a championship-style format, and will test the maturity of this young team, a team that only has four seniors.

“With an environment like we’re going to have, and the quality of opponents that we’ll compete against, the freshman have no other option than to step up and perform, especially on the women’s side. I think we’re physically prepared to swim well, but the work we’ve put in is done.”