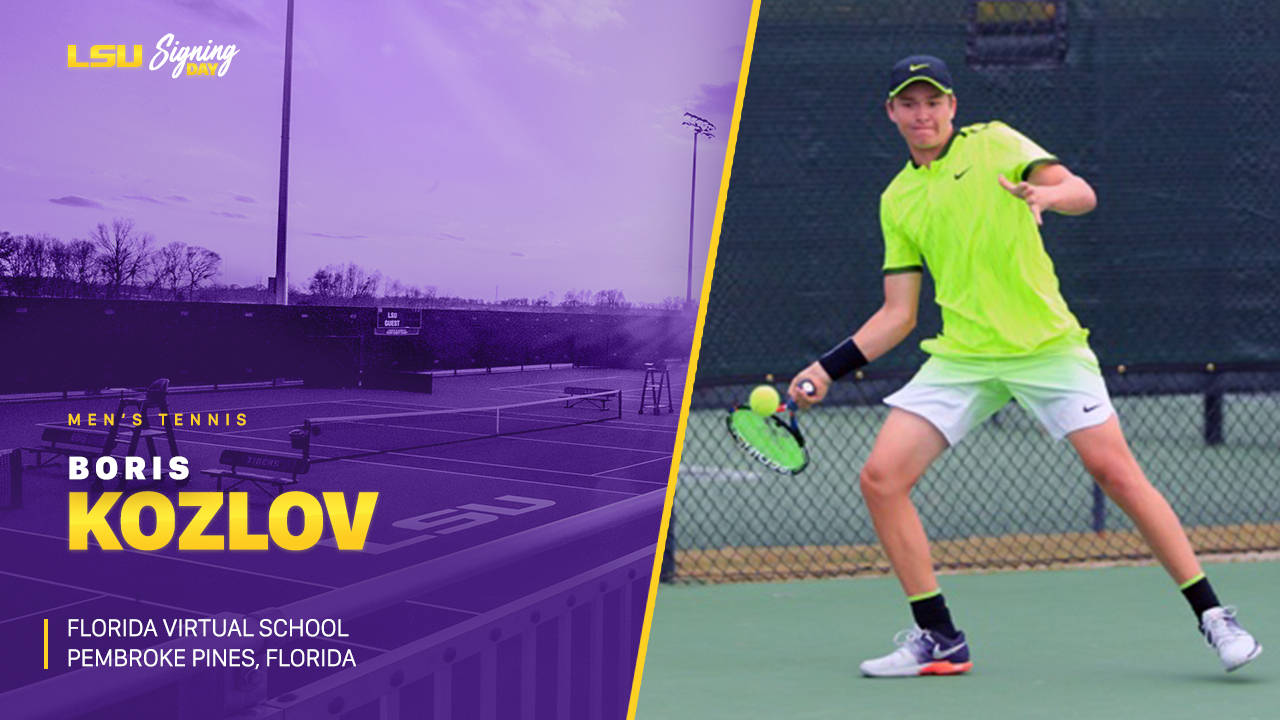 BATON ROUGE – The LSU men’s tennis team has secured one of the top players in the nation with the official signing of Boris Kozlov, co-head coaches Andy Brandi and Chris Brandi announced Monday.

Kozlov, a blue-chip prospect from Pembroke Pines, Florida, won the Delray Beach ITF tournament in May 2017. He also secured a win in the 35th All Canadian Junior Championships.

Coached by his father, Andrei Kozlov, and Ognen Nikolovski, Boris Kozlov currently has 22 wins this year, is a five-star recruit and is the No. 31 player in the country according to tennisrecruiting.net.

“Boris is a winner on and off of the court,” the Brandis said. “He’s a great student, comes from a tennis family and understands what it takes to compete at a high level. He was one of the youngest players in the world to have an ATP point at the age of 16, and he fits in perfectly with our team. We can’t wait to have him join us.”

He is currently ranked in the ATP singles and doubles at 1,623 and 1,239, respectively. He was a Grade A Abierto Juvenil Mexican doubles finalist after defeating the No. 1 ITF junior duo in the world. He also won the Grade 4 doubles title at Wichita Falls.

“LSU is the perfect place for me to not only grow as an athlete but also as a person,” Kozlov added. “I was so drawn to all of the support and resources that LSU is able to give. I’m ecstatic to join a program that will give me a chance to succeed both on and off of the court, and I could not be more humbled to join such a historical sports program.”

Kozlov is the first addition to a young LSU squad led by the Brandis.