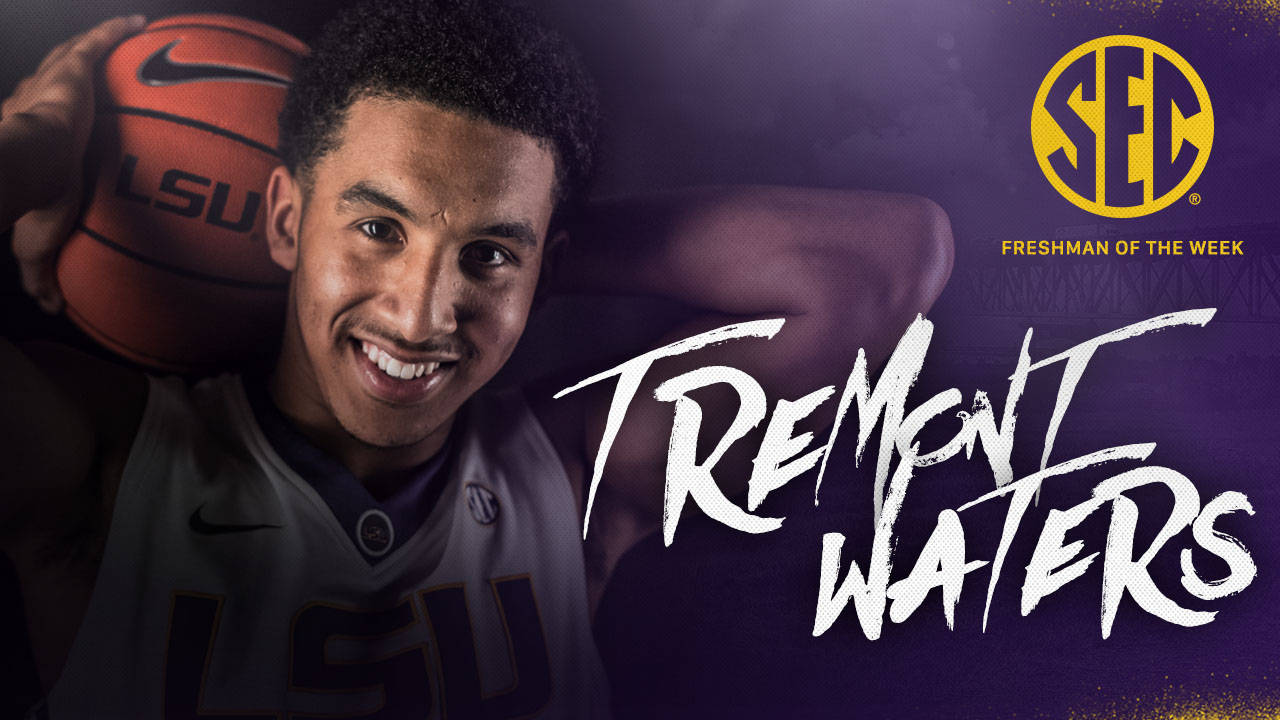 BATON ROUGE – LSU freshman point guard Tremont Waters was named the first Freshman of the Week by the Southeastern Conference office on Monday afternoon for his debut performance on Friday against Alcorn State.

Waters is the second straight LSU player to win one of the league awards on the opening weekend of the season. Then junior Duop Reath won Player of the Week for his first game of his LSU career in Nov. 2016.

Waters, from New Haven, Connecticut, scored 27 points with four treys during the 99-95 win over the Braves. Waters had six assists, five rebounds and five steals.

The 27 points was the third highest scoring game by a freshman in Division I on either Friday or Saturday topped only by the 32 of Jaylen Nowell and the 28 of Cameron Bacote of Maryland Eastern Shore.

The 27 points by Waters is the most points by an LSU freshman in their debut game since Jordy Hultberg scored 28 against Tulane on November 26, 1976. It was in that same game that freshman Durand “Rudy” Macklin had the school record of 32 rebounds.

LSU plays host to Samford on Thursday at 7 p.m. at the Pete Maravich Assembly Center. Tickets are on sale at the LSU Athletics Ticket Office or online at LSUtix.net. The game will be broadcast on the LSU Sports Radio network and video streamed on SEC Network+ and the ESPN app.