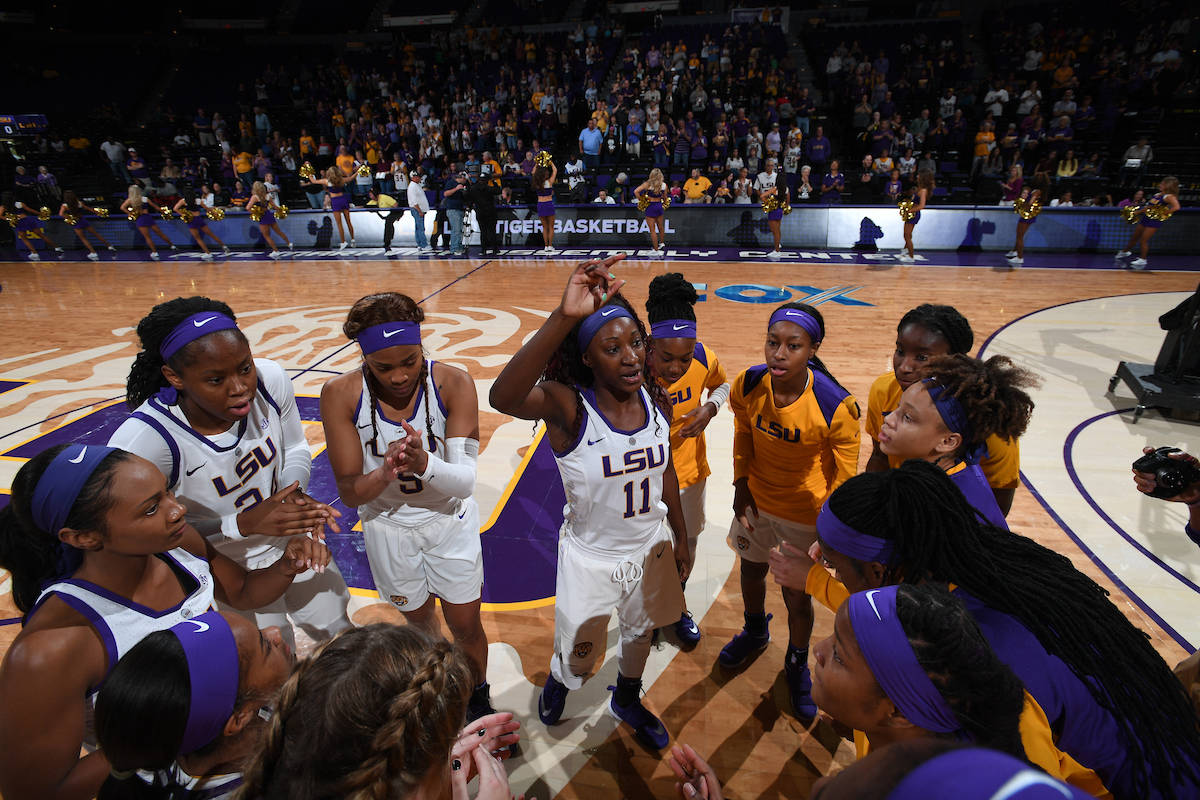 BATON ROUGE – The LSU women’s basketball team defeated Southeastern Louisiana by a score of 84-56 in its home opener at the Pete Maravich Assembly Center on Sunday afternoon.

The Lady Tigers improved to 1-1 on the season and 2-0 against Southeastern under head coach Nikki Fargas, who now holds a 15-4 record against Louisiana schools during her tenure.

Raigyne Louis led the Lady Tigers with a game-high 21 points, adding 10 assists, six rebounds and five steals, picking up the ninth double-double of her career.

The Lady Lions got off to a scorching start from beyond the arc, scoring 21 of their first 23 points from three-point range, but LSU held them in check from that point on, only allowing two three-pointers the rest of the game.

After trailing most of the first half, a layup by Louis put LSU up with just over four minutes remaining in the second quarter and the Lady Tigers never looked back, ending the half on a 26-3 run capped off by a deep three from Pointer to give LSU a 41-26 advantage heading into the locker room.

The Lady Tigers continued their torrid scoring pace into the third quarter, outscoring Southeastern 29-16 as Jackson’s shots were falling from all over the court and Faustine Aifuwa dominated in the paint, posting a career-high eight points and six rebounds.

Ten consecutive points from the Lady Tigers in the fourth quarter increased their lead to a game-high 34 points with just over a minute remaining before Southeastern scored a few late goals to end the game with a score of 84-56.

Ten different Lady Tigers put points on the board as LSU shot 52 percent from the field. The reserves were heavily involved, as LSU got a season-high 20 points from its bench.

LSU also made the most out of miscues from Southeastern by forcing 30 turnovers, and took advantage with 35 points scored off of those turnovers.

The Lady Tigers won the war in the paint by a wide margin, outscoring Southeastern 36-16 in the post and pulling down 44 rebounds compared to the Lady Lions’ 23.

Next up on the schedule for LSU is a trip to Greeley, Colorado, to take on the Northern Colorado Bears on Wednesday, Nov. 15 at 8 p.m. CT.