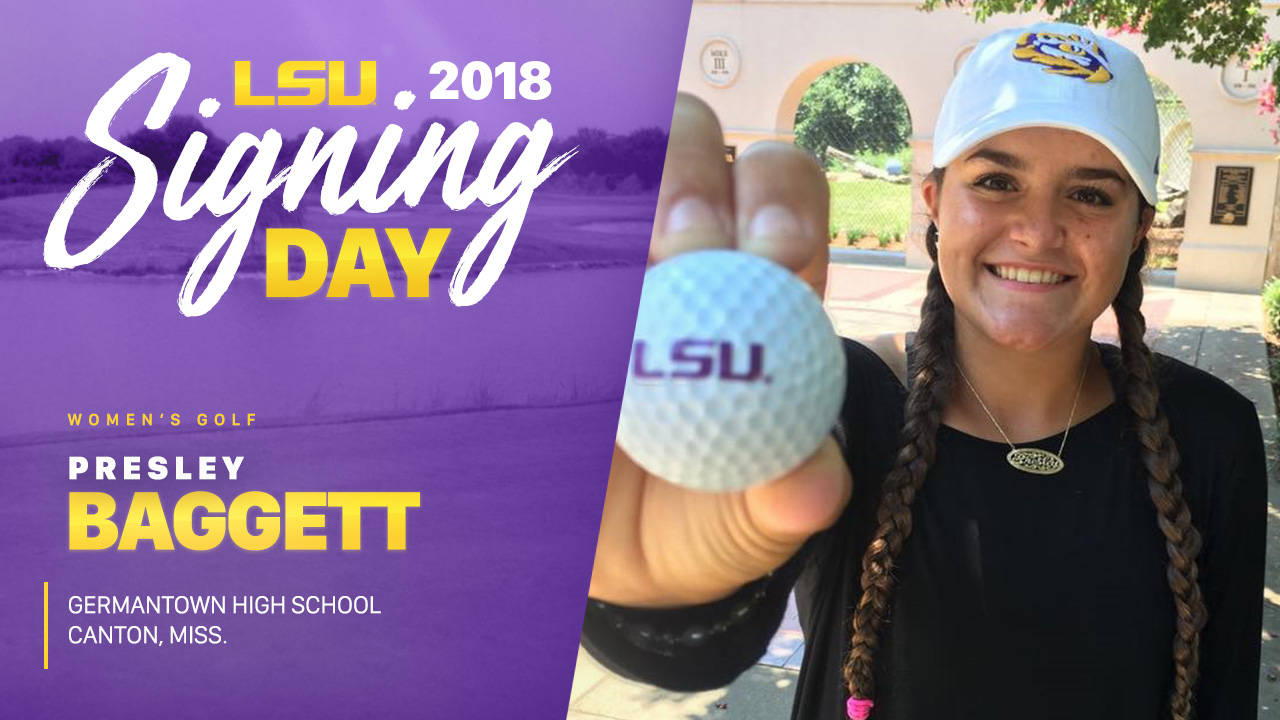 “I have never seen a player that wanted to play for LSU more than Presley!” said Bahnsen. “Especially since she is from Mississippi!  Her enthusiasm for representing LSU and competing for championships is contagious.”

She claimed her third win of 2017 at the Mississippi Junior Golf Association Future Tour Champions and had a top-five placing at the Trusted Choice Big I National Championship.

“I am excited about Presley’s future as a Lady Tiger,” continued Bahnsen. “Once she is in our system I truly believe she will grow quickly!”