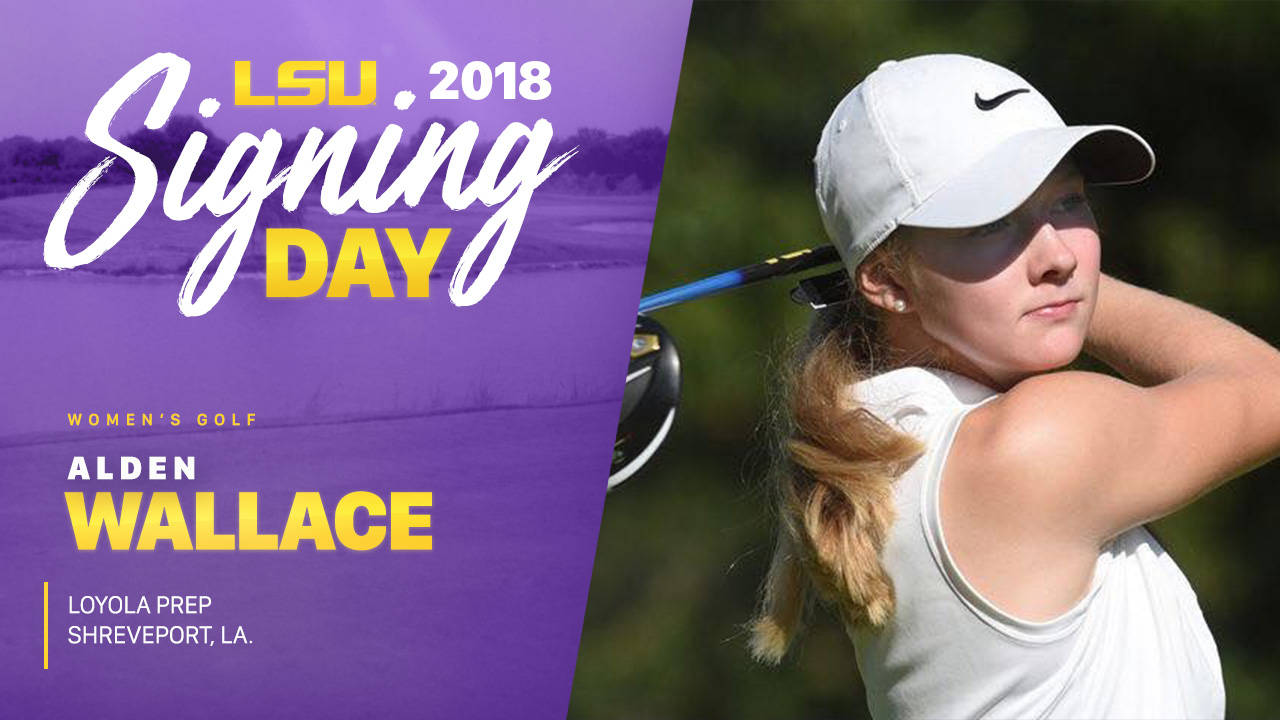 “I am excited to be adding another quality player from the state of Louisiana,” said Bahnsen. “Alden is from Shreveport which has produced a lot of great players.  She is a very strong player and extremely competitive!  That is what attracted me to her from the beginning.”

Wallace, who attends school at Loyola College Prep, has had a strong 2017, winning the Division II Louisiana High School State Championship with rounds of 75-82 at the tough par-74 Les Vieux Chenes in Youngsville. She also won the AJGA St. Francisville Area Foundation Junior at The Bluffs Champion Course.

Wallace competed in the U.S. Women’s Amateur Four-Ball tournament, where she advanced to the round of 32. She was also the Louisiana Girls State Amateur runner-up, with a final round of 67.

“She has great energy, and is an extremely hard worker,” continued Bahnsen. “I can’t wait to see what her future brings at LSU.”

Wallace, a three-time first team All-City player, has been honored by the Shreveport Times as a three-time Best of Preps Girls Player of the Year.