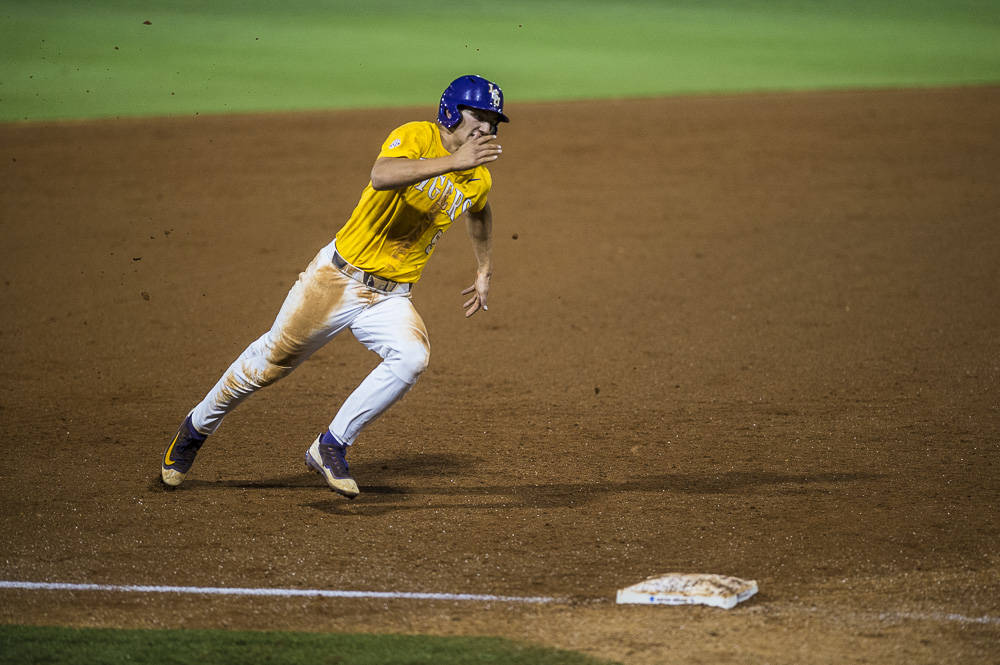 Friday’s win in the five-inning contest clinched a 2-1 series victory for the Gold and concluded LSU’s six-week fall practice period.

“I think we’re a much better team now than we were when we started six weeks ago,” said LSU coach Paul Mainieri. “We still have a long way to go, but we don’t need to be a championship-caliber team yet; it’s only November.

“We’re going to take a break for the rest of this semester, then come back in January and get back to work. Hopefully, we’ll continue to improve and develop as a team. We learned a lot about our team this fall, we feel like it was a success, and we’ll go forward from here.”

Fontenot, a freshman right-hander, worked the first two innings Friday, allowing one run on one hit with two strikeouts. Bain, a senior right-hander, fired two shutout innings with one strikeout, and Cabrera, a freshman left-hander, pitched a scoreless inning while surrendering one hit.

The Purple opened the scoring in the top of the second inning when senior leftfielder Beau Jordan singled, moved to second on a walk to freshman first baseman Nick Webre, advanced to third when freshman catcher Braden Doughty hit into a double play and scored when Fontenot uncorked a wild pitch.

Purple starting pitcher Cameron Sanders, a junior right-hander, threw two shutout innings before the Gold struck for three runs in the bottom of the third.

Cabrera, who started the game in left field, walked with one out, stole second base and scored on sophomore third baseman Jake Slaughter‘s triple. Sophomore centerfielder Zach Watson followed with a bloop double to plate Slaughter and give the Gold a 2-1 lead.

With junior catcher Hunter Feduccia at the plate, Watson broke for third base and scored when reliever Nick Bush‘s throw toward the bag skipped into foul territory.

“We return to practice January 10 with individual work, then we’ll start practice in earnest three weeks before Opening Day,” Mainieri said. “So, it’s almost like having another fall practice prior to the start of the season. By the time February 16 rolls around, I think we’ll have a good plan in place for the season.”