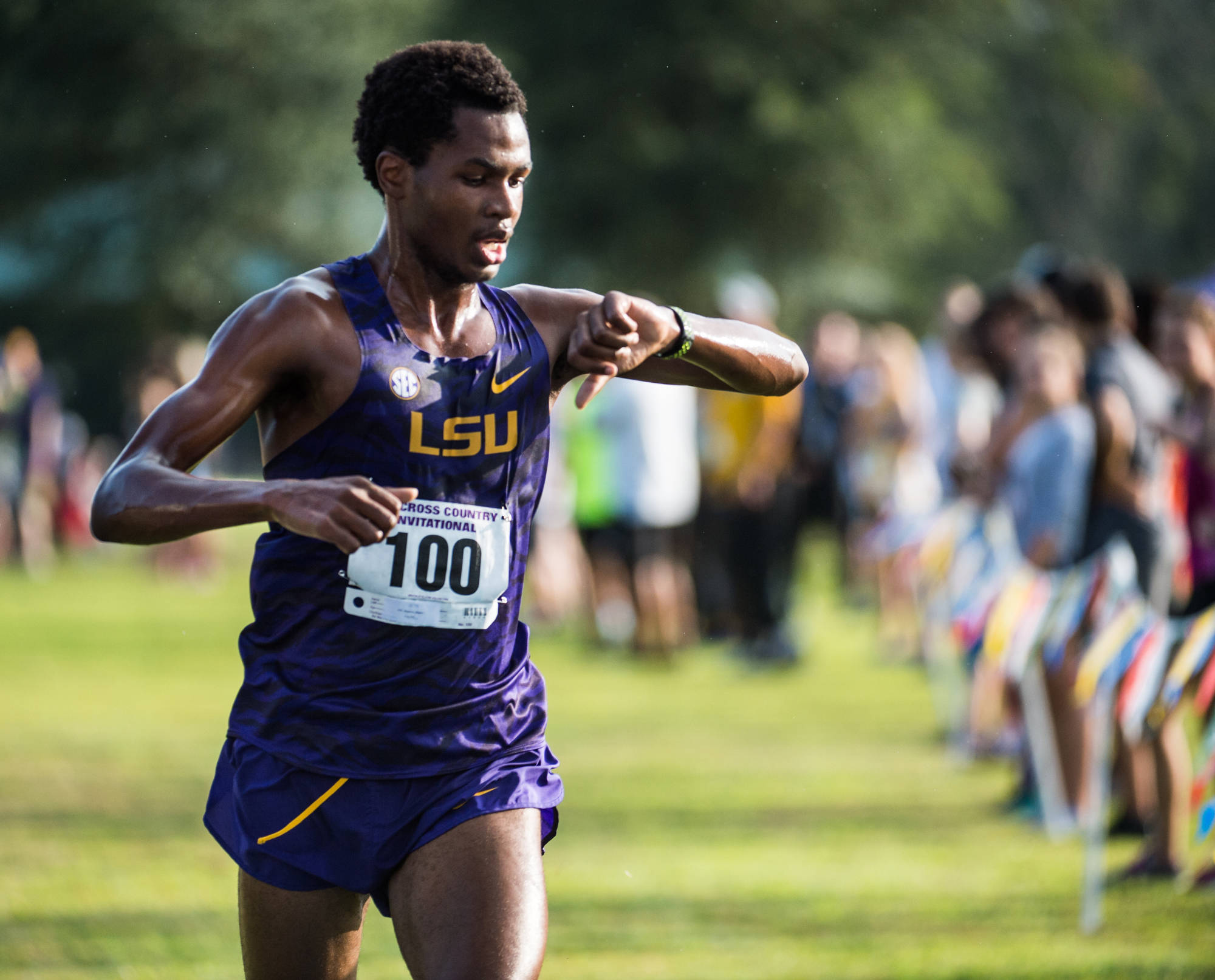 Braxton earned All-South Central Region honors for the second-straight season with his second top-15 finish in as many seasons. The top-25 finishers on both the men’s and women’s sides were recognized as all-region performers for their efforts.

The Dale Watts Course played host to the regional championship where the men raced the 10k course and the women raced the 6k course.

Braxton improved his 10k time from a year ago as he recorded a time of 30 minutes, 27.3 seconds. This marks the third-consecutive season an LSU runner has earned all-region honors with Braxton the past two seasons and former Lady Tiger Morgan Schuetz in 2015.

Head Coach Mark Rinker was surely pleased of his performance.

“I was so happy for Dajour,” Rinker mentioned. “After a tough fall with some injuries, he put together his best race of the year for another all-region performance.”

Fellow Tigers who placed in the Top 100 consisted of freshman Eric Coston, senior DC Lipani and sophomore Harrison Martingayle. Coston placed 54th, notching a time of 31:47.30. Lipani and Martingayle finished in 72nd and 88th place, respectively, recording times of 32:04.70 and 32:19.20.

Senior Daniel Tanner followed Martingayle with a time of 33:38.80 placing 135th. Sophomore Josef Schuster and senior Bryan Stamey rounded out the men’s team efforts placing respectively in 139th and 154th. Schuster recorded a time of 33:41.70, while Stamey finished at 34:44.20.

On the women’s side, junior Ersula Farrow notched her sixth-straight race leading the team as she placed 27th to finish just outside the all-region places. Farrow recorded a time of 20:46.70, a personal best, and earned her fifth top-30 finish of the season.

The Lady Tigers ended with a team finish of 14th place, earning 381 points.

Junior Erika Lewis and freshman Kristin Delgado joined Farrow with top-100 finishes of their own finishing, respectively, in 75th and 84th place. Lewis finished at 21:49.80,and Delgado set a 6k personal best at 22:00.70.

Rinker was pleased with the individual performances.

“Ersula ran a great race,” Rinker said. “She got out hard, raced the entire way, and rewarded herself with a 50-second personal best. We had a great race from Kristin Delgado as well running a huge personal-best.”

Junior Hannah Bourque joined the Top 100 Lady Tiger finishers, earning 96th place with a time of 22:11.70. Bourque was closely followed by freshman Alicia Stamey who crossed the finish at 22:24.60 in 106th place.

Senior Rebecca Little and junior Monica Guillot concluded the Lady Tiger performances finishing respectively in 116th and 136th place. Little notched a time of 22:37.20, and Guillot came in at 22:56.10.

In his first season as the head coach, Rinker believes both teams have lots of potential moving forward.

“I’m very proud of the athletes today,” Rinker noted. “We’ve changed so many things this fall, and they have responded with so much enthusiasm and dedication. There is a bright future ahead for both the men’s and women’s teams.”