Men's Golf in Strong Position Ahead of Spring 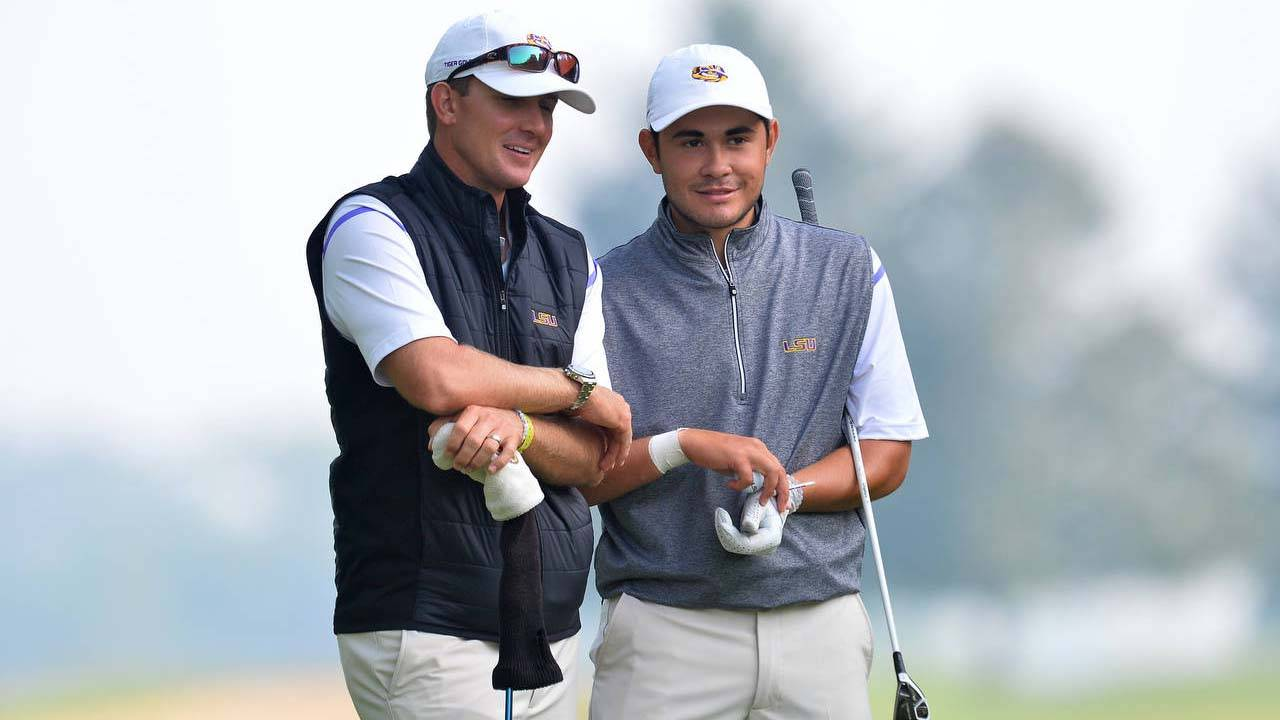 BATON ROUGE – It’s been a whirlwind five days for the LSU Men’s Golf program as the Tigers opened the week by winning the team title at the Ka’anapali Collegiate Classic in Sunday’s fall finale before soaring back into the Top 10 of the national rankings and signing perhaps the nation’s No. 1 recruiting class on Thursday.

The Tigers wrapped up the 2017 fall season with two team titles in their five tournament appearances as they posted a season-low 31-under par to claim the Ka’anapali Collegiate Classic trophy in Lahaina, Maui, Hawaii, last weekend to add to their win at the David Toms Intercollegiate in October.

With the win, LSU closed out the fall as a top-10 team while ranking as high as No. 6 nationally in the Golfweek/Sagarin Performance Index released Monday and No. 9 in the Golfstat rankings updated Tuesday.

The Tigers have been led this season by a youthful, but talented roster featuring juniors Luis Gagne and Nathan Jeansonne, sophomore Philip Barbaree and freshmen Jacob Bergeron and Trey Winstead in the lineup in each of their five tournament appearances to-date.

Bergeron has made an impressive start to his collegiate career as he leads the team with a 71.29 scoring average as a freshman and is the top-ranked Tiger in the Golfweek individual player rankings as the No. 47-ranked player in college golf following his tie for fifth place at the Ka’anapali Collegiate Classic last weekend. He took home his first collegiate win at the David Toms Intercollegiate where he shared medalist honors with Gagne, Golfweek’s No. 69-ranked player in the country. Gagne has posted a 71.64 stroke average in his five starts this fall.

Four Tigers have cracked the Top 100 of Golfweek’s individual rankings as Barbaree at No. 89 and Winstead at No. 92 are also ranked among the very best players in college golf ahead of the spring season.

Barbaree and Winstead are tied with one another for the team lead with three top-10 finishes to their credit in five starts as Barbaree averages 71.86 strokes per round and Winstead follows with a 71.93 average at the end of the fall campaign. Jeansonne has added one top-10 finish of his own with a 72.79 scoring average to round out the team’s five-man lineup.

The Tigers find themselves in contention each time they take the course as they average a score of 3-under par in each round played while finishing the fall a cumulative 41-under par for the season.

LSU is also sure to enjoy continued success for years to come after announcing perhaps the nation’s No. 1-ranked recruiting class on Thursday with Garrett Barber of Stuart, Florida, Michael Sanders of Davidson, North Carolina, and Hayden White of Benton, Louisiana, all signing National Letters of Intent as part of the program’s Class of 2018.

Barber and Sanders are both signed with the Tigers as top-six recruits in the country in this recruiting cycle as Barber ranks No. 4 in the Class of 2018 in the Rolex Junior Golf Rankings and Sanders ranks No. 6 among high school seniors in the National Junior Golf Scoreboard rankings. White also continues LSU’s trend of attracting Louisiana’s top talent to Baton Rouge that has proven successful in recent years.