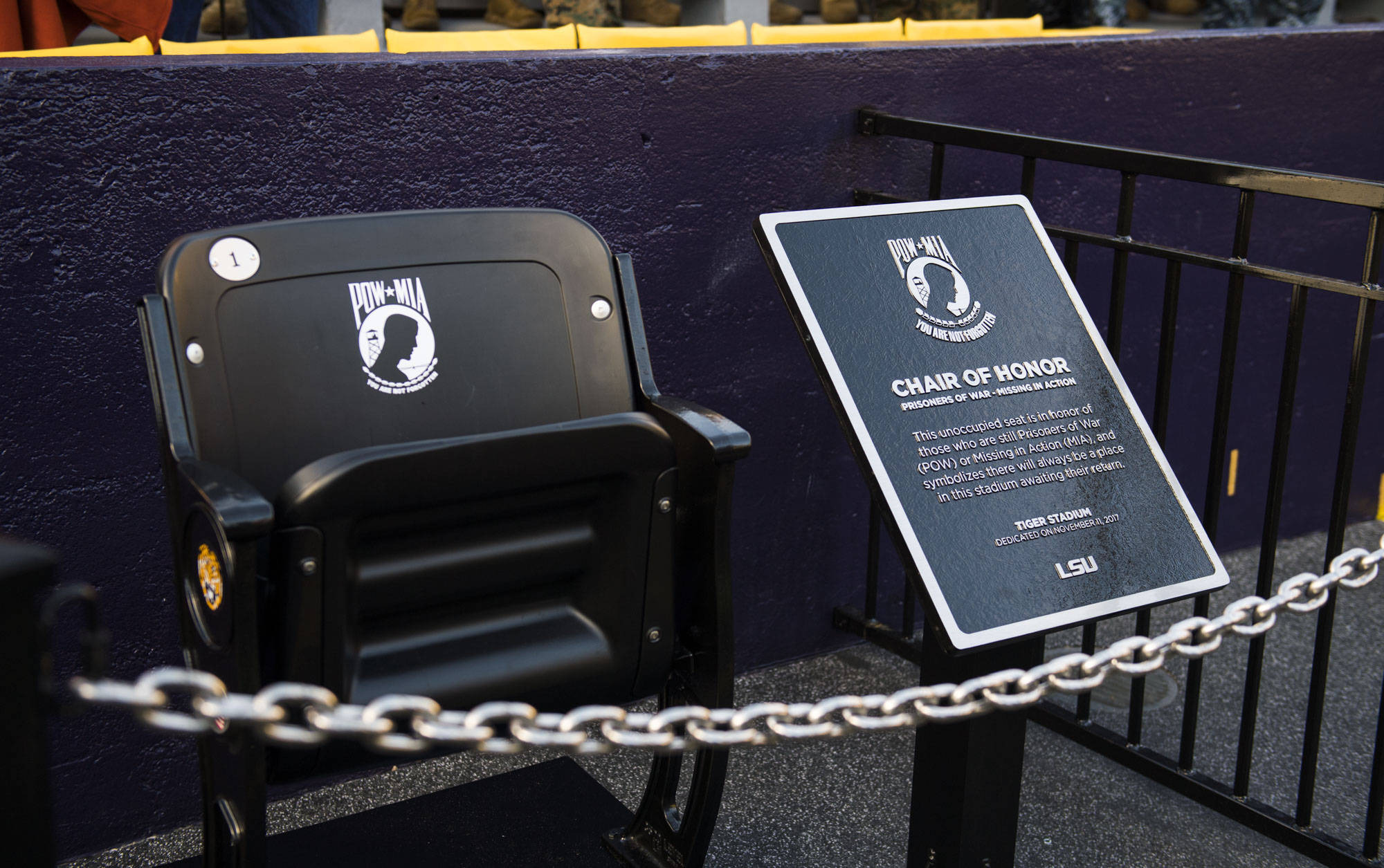 BATON ROUGE – A new seat in Tiger Stadium – “Chair of Honor” – was unveiled on Thursday and will be on display to the public for the first time on Saturday when the Tigers face Arkansas in Tiger Stadium.

The seat, which is located on the ground level in the north endzone near where the LSU football team takes the field, will serve as a tribute to prisoners of war and soldiers who are missing in action. The “Chair of Honor” will be a permanent fixture in Tiger Stadium.

The “Chair of Honor” will remain empty and will be guarded on each side during home football games by members of the LSU Corps of Cadets.

“We are extremely honored to be part of this program,” LSU Vice Chancellor and Director of Athletics Joe Alleva said. “LSU has such a rich military tradition and to be able to pay tribute to those who served our country in Tiger Stadium with the “Chair of Honor” is something we are proud of.”

The “Chair of Honor” in Tiger Stadium is the first of its kind to be installed in an LSU athletic facility, but there will be similar seats put in place in the Maravich Assembly Center, Alex Box Stadium and Tiger Park in the coming months.

A plaque with the following inscription accompanies the “Chair of Honor” in Tiger Stadium:

“This unoccupied seat is in honor of those who are still prisoners of war (POW) or missing in action (MIA) and symbolizes there will always be a place in this stadium awaiting their return.”