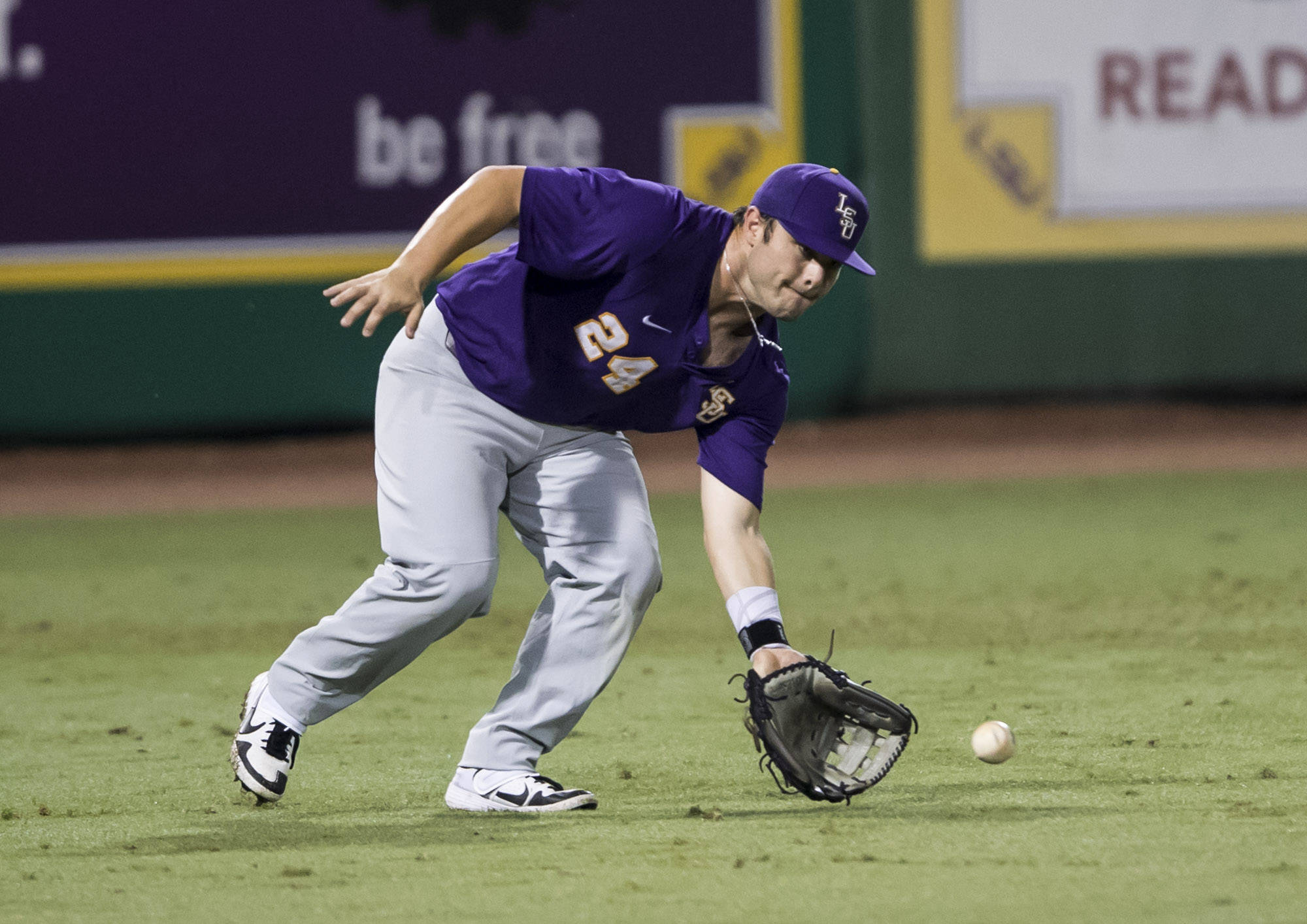 The Purple evened the series at one game apiece Thursday after the Gold posted a 9-4 win on Tuesday night. The deciding game of the series, which will conclude the Tigers’ six-week fall practice period, will start at 7 p.m. Friday.

Gilbert, who worked the first two innings of the five-inning contest, retired all six batters he faced, including three strikeouts. Jordan led the Purple’s eight-hit attack by going 2-for-2 at the plate with a double and three RBI.

“Caleb Gilbert is pitching right now the way he finished the season last year, maybe even better,” said LSU coach Paul Mainieri. “He’s thrown a tight slider the whole fall that our guys are having trouble handling. He’s been throwing 92-94 (mph) all fall with a nice slider. That’s the way he threw over the last month-and-a-half of last season, and he’s continuing his evolution as a pitcher.

“It was nice to see Beau Jordan get a couple of big hits tonight,” Mainieri continued. “He had missed about a week of practice with a strained oblique muscle, but Beau keeps scratching and fighting and works himself back into the lineup. Beau’s just a gamer, and tonight was a classic example of that.”

The Purple grabbed a 1-0 lead in the bottom of the first inning against Gold starter Ma’Khail Hilliard, a freshman right-hander. Jordan’s two-out double scored junior centerfielder Antoine Duplantis, who had singled, stole second base and moved to third on an error.

The Purple added three runs in the third when Duplantis drew a bases-loaded walk from freshman left-hander John Kodros, and Jordan delivered a two-run single.

The final run of the game came in the fourth, when freshman catcher Braden Doughty singled with one out, advanced on a single by freshman designated hitter Mason Doolittle and scored on a Gold throwing error.

Junior left-hander Brandon Nowak turned in a solid relief effort for the Purple, recording 2.1 scoreless innings and allowing one hit with two strikeouts.