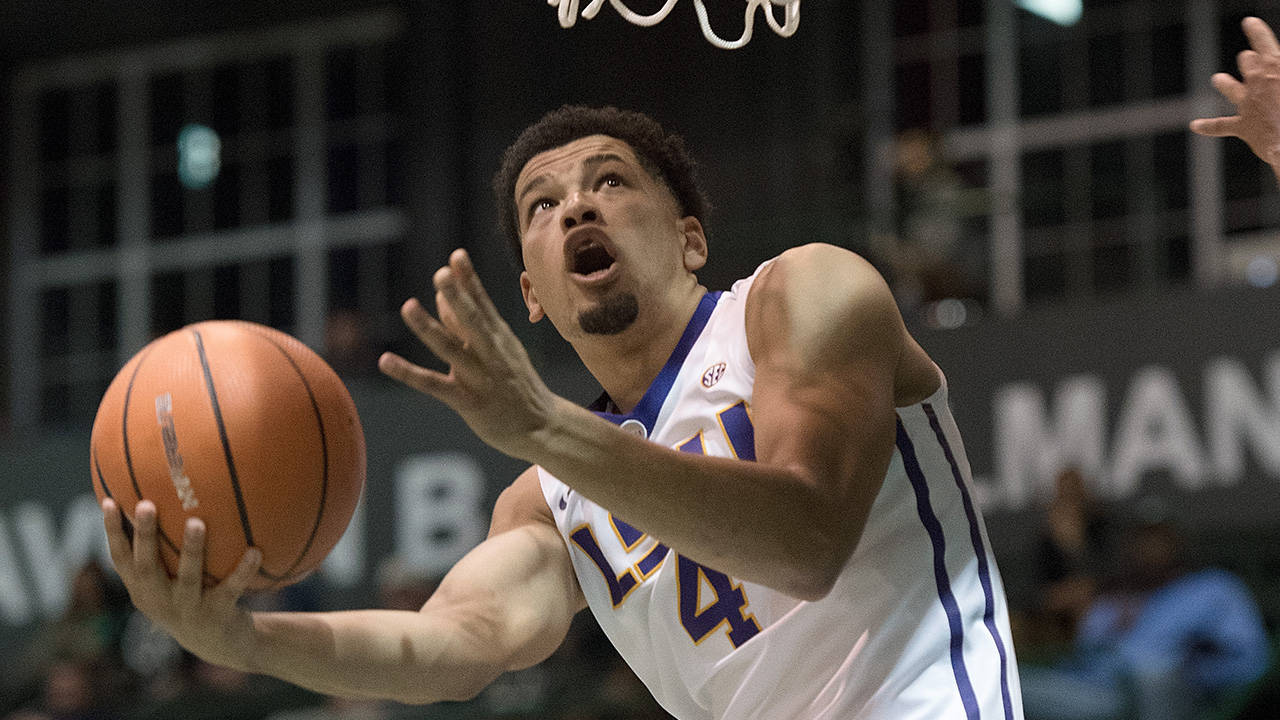 BATON ROUGE – Since March 22, Coach Will Wade has been building and directing his Tiger basketball, moving it forward in small and big ways, preparing for this night.

The 2017-18 men’s basketball season begins Friday night at the Pete Maravich Assembly Center when the Tigers host Alcorn State in a 7 p.m. tipoff.

Tickets for the game start at $1 and will be available during the day Friday at the LSU Athletics Ticket Office and online at LSUTix.net. The upper concourse ticket windows of the Maravich Center will open at 5:30 p.m. as will gates. LSU students are admitted free with a valid student ID. It is one of the designated Student Point Nights for credit for future ticket privileges.

The game will be broadcast on the affiliates of the LSU Sports Radio Network with the “Voice of the Tigers” Chris Blair and former Tiger head coach John Brady on the call. The game will be video streamed on the ESPN app and ESPN3 with Lyn Rollins and Victor Howell on the call for SEC Network+.

Will Wade, coming off a first signing day when two four-star recruits signed with the Tigers, will be trying to put on the court returnees who have improved under his tutelage and a No. 16-ranked recruiting class that includes two grad transfers.

Senior Duop Reath at forward (12.6 ppg, 6.2 rpg) and sophomore guard Skylar Mays (8.3 ppg, 3.6 apg) have received applause from Coach Wade during the preseason and in an offense in which he likes to keep two point guards in the game, Mays is expected to be paired with the freshman from New Haven, Connecticut, Tremont Waters. Waters averaged 25.3 points, 4.6 assists and 4.6 steals last year at Notre Dame High.

While earlier this week Coach Wade seemed to have the four-position starter ready to name, but that was still in a state of flux on Thursday with senior Aaron Epps still questionable after his leg being in a boot for some 10 days last month. That spot could go to sophomore Wayde Sims or possibly graduate transfer Jeremy Combs from Dallas/North Texas or Natchitoches freshman Brandon Rachal.

The three spot also remains up for grabs but junior Brandon Sampson along with Brandon Rachal or graduate transfer Randy Onwuasor remain in play for a start there.

The Braves have won 13 games in each of the last two seasons in the Southwestern Athletic Conference with two second place finishes under third year head coach Montez Robinson. Robinson, the 2017 SWAC Coach of the Year, has a 26-10 conference record and 33-29 overall.

The Braves will be looking for their first non-conference win over a Division I school since Nov. 22, 2012 when Alcorn defeated Samford, 69-65.

Senior forward Reginal Johnson was named the SWAC Preseason Player of the Year. He is the only preseason POY in the country to not start a game last season. Johnson led the team in scoring last year with 15.6 points per game.

The Tigers are also at home on Thursday (Nov. 16) against Samford at 7 p.m. before the team leads on Nov. 17 for the Maui Jim Maui Invitational.