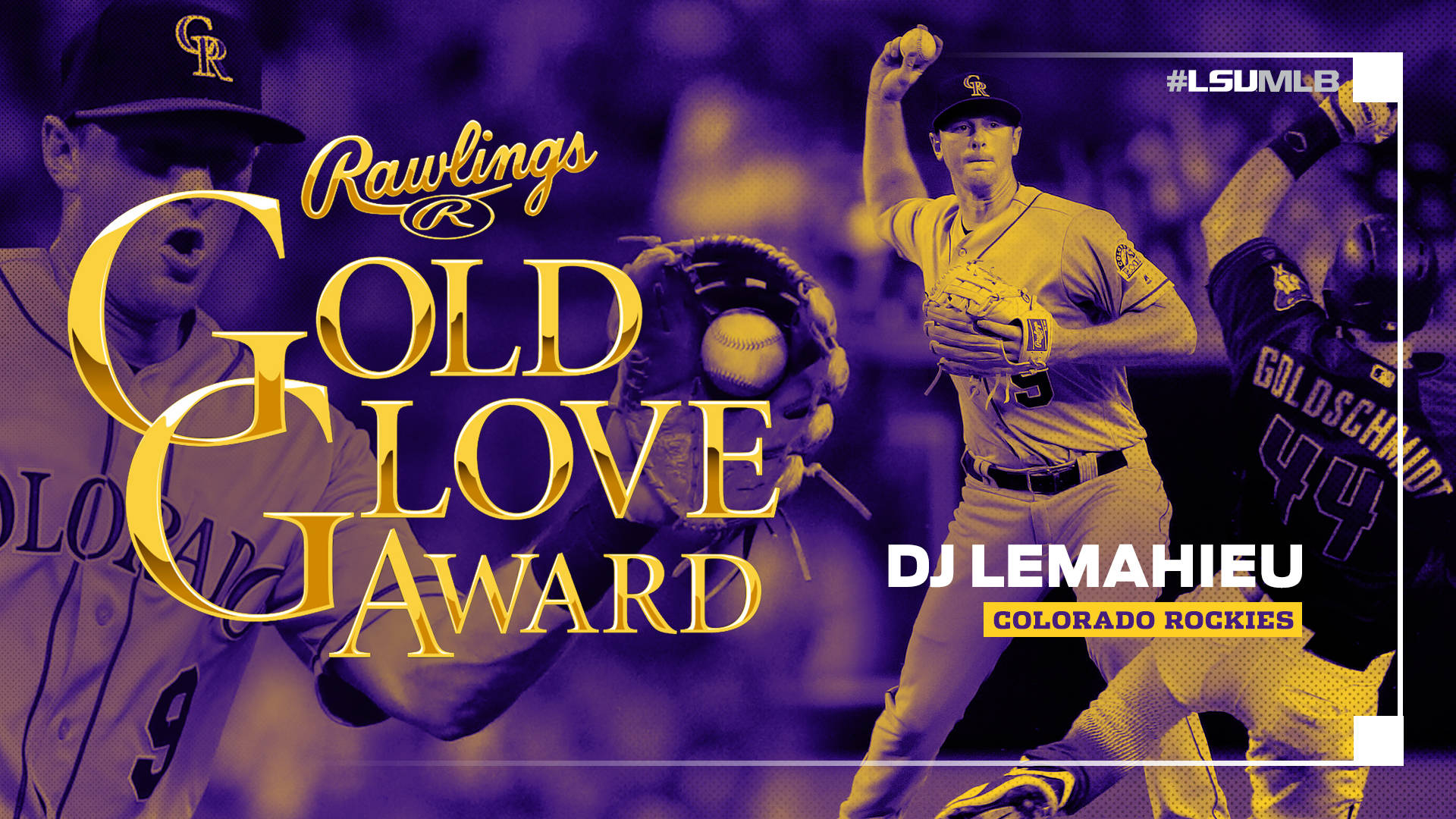 BATON ROUGE, La. – Colorado Rockies infielder DJ LeMahieu, who helped lead LSU to the 2009 College World Series title, has been named the winner of the 2017 National League Gold Glove Award at second base.

The 2017 Gold Glove Award is the second of LeMahieu’s career, as he was also the National League recipient at second base in 2014. The award is presented each year to the best defensive player at each position in both the National League and American League.

LeMahieu’s .991 career fielding percentage is No. 1 all-time among MLB second basemen who have played 650 or more games. This past season, LeMahieu led NL players at his position in total chances (729), assists (470), double plays (106) and fielding percentage (.989).

He hit .344 during his college career with 24 doubles, five triples, 11 homers and 87 RBI. He was named to the 2009 College World Series All-Tournament team, batting .444 during the Tigers’ drive to the national championship.