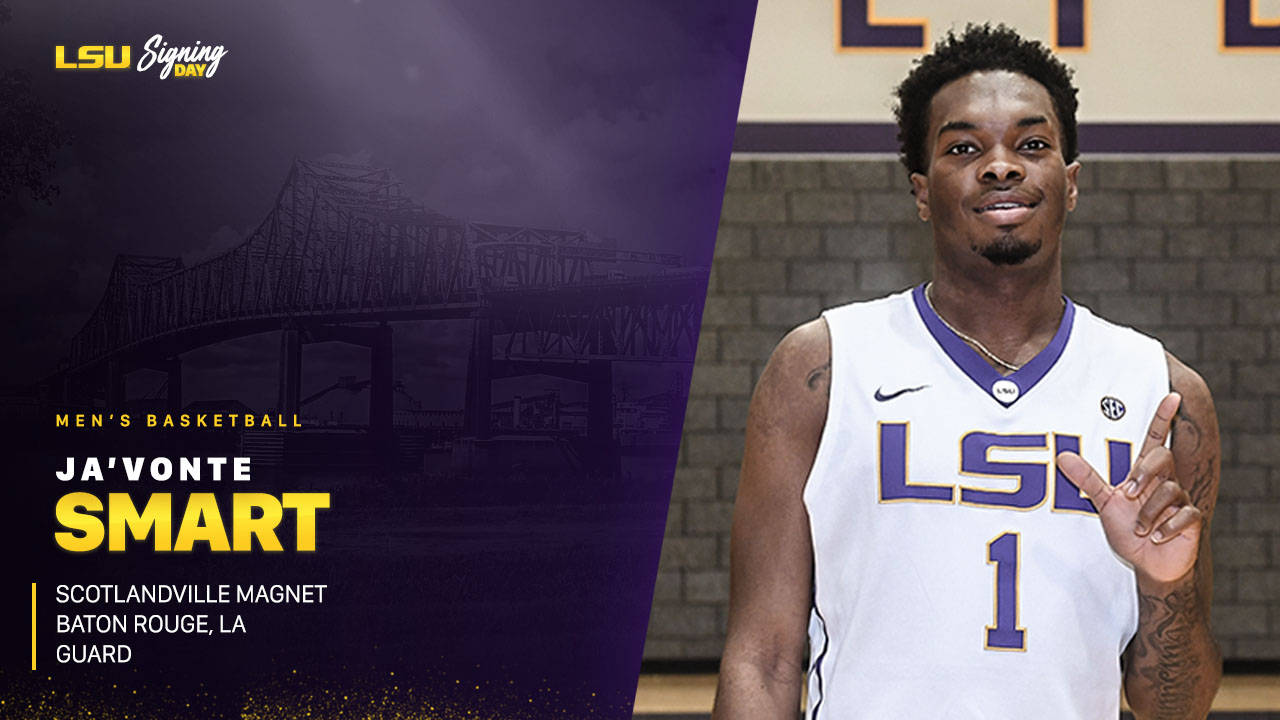 BATON ROUGE – Coach Will Wade and the LSU Compliance office announced on Wednesday that it had received and confirmed the national letter-of-intent signing papers from nationally-ranked point guard Ja’Vonte Smart of Scotlandville Magnet High School in Baton Rouge.

“We are very excited to have Ja’Vonte joining our LSU basketball family,” said Coach Wade. “As a point guard, it is important to be a leader. We appreciate his leadership in committing early to LSU and then helping us recruit players to join him.

“He has all the tools to become a high-impact player at the collegiate level and beyond,” added Wade. “He has length and good ball-handling skills that he uses to attack the rim along with good jump shooting ability. We look forward to following his senior season at Scotlandville as they pursue another state title.”

As a junior, Smart led Scotlandville to the LHSAA Division I select state title with averages of 25.1 points, 8.7 rebounds, 6.4 assists and 2.1 steals. It was the second state title in three seasons for Scotlandville and Coach Carlos Sample. Smart made two free throws with 8.7 seconds left to give the Hornets a 53-52 victory over Brother Martin. Smart was voted the game’s Outstanding Player.

In winning the Mr. Basketball Award, Smart became only the second two-time winner of the award that the LSWA has presented since 1996. He is the fifth to win the Gatorade Louisiana POY award twice in its history.

Smart joins Darius Day of IMG Academy in Florida as LSU Basketball signees on the first day of the early signing period.