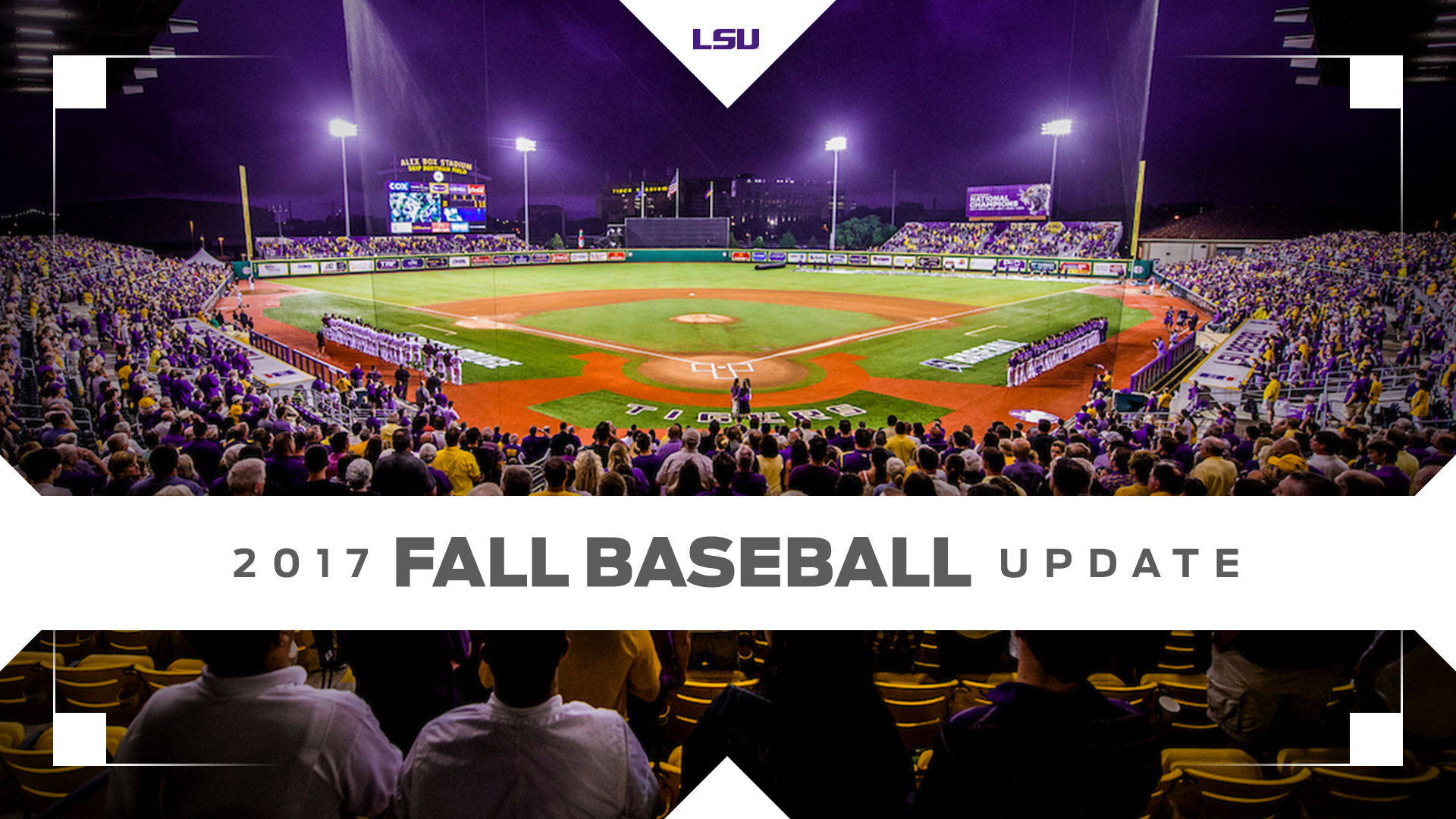 BATON ROUGE—The LSU baseball team completed its fifth of six weeks of fall baseball. Here are three strikes that are noteworthy from Week 5.

Strike One
Pitching Progress: Head Coach Paul Mainieri has not shied away from the fact that entering into fall practice the pitching staff was his largest concern. After five weeks of practice, it is finally starting to take form. Returners Zack Hess and Caleb Gilbert have continued to excel on the mound. Freshmen Ma’Khail Hilliard and Devin Fontenot have been consistent throughout the fall and have recently been joined by right-hander AJ Labas as another key cog in the class. Sophomore Todd Peterson has continued to look the part and has thrown the ball very well this fall. His fastball has consistently sat in the 90s, and his off-speed pitches have improved. The Tigers will also look to count on Nick Bush, Cameron Sanders and John Kodros. Looking to make a return to the mound are newcomers Nick Storz and Trent Vietmeier, who can be large forces for the Tigers in the spring.

“I think the pitching is making big strides,” Mainieri said. “It’s the biggest thing that’s happened to us all fall. Going into the fall, I felt like we had two pitchers who we really knew who we could count on in Zack Hess and Caleb Gilbert. The goal was to get to 10 guys because I think in order for us to win championships and compete day-in and day-out, you have to have about 10 guys on your staff that you can really count on. I think we are a lot closer to 10 today than we were two months ago. I’m starting to feel like our pitching staff, which was a big question mark going into the fall has made huge strides, which is not surprising considering that I think we have the best pitching coach in America in Alan Dunn.”

Strike Two
Cameron Sanders: After working extensively with pitching coach Alan Dunn, junior transfer Cameron Sanders has begun to make large strides and has inserted himself into a position to where he can crack the starting rotation. He is consistently improving with each outing. He was selected in the 18th round of the 2017 MLB Draft by the San Diego Padres because of his potential. He has electric pitches and sits in the low-to-mid-90s and can potentially be a large force for the Tigers in the 2018 season.

“This kid has electric stuff, but his command of the strike zone has been in question,” Mainieri explained. “Alan Dunn has just done remarkable work with him this fall. Over the last two or three weeks, he has been throwing the ball as well as anybody. He throws the ball in the low-to-mid-90s. He has a really good curveball, a good changeup. I’m really anxious to see how he throws in the Purple-Gold World Series. It’ll put a little more pressure on him.”

Strike Three
Purple vs. Gold: Each year, the Tigers are split into two teams, Purple and Gold, and former players make their return to The Box to be guest coaches for each. Not only are bragging rights at stake for the teams, but it is the closest way to create an actual game environment. Across other sports, teams are able to scrimmage and compete against opposing teams. However, it is not allowed in baseball, which is why the Tigers host the annual Purple vs. Gold World Series. The team capitalizes on bringing back former players as guest coaches to pass on some knowledge from their experiences in the Purple and the Gold. This year, the Gold team’s head coach is Sean Ochinko. He will be assisted by Leon Landry, Ryan Schimpf, Andrew Stevenson and Anthony Ranaudo. The Purple team will be led by Kramer Robertson and assisted by the remainder of the “Fab Four”—Greg Deichmann, Cole Freeman and Jared Poché along with Alex Lange.

“It’s a fun time,” Mainieri added. “We bring the old guys back to be the guest coaches, which I think is tremendously valuable for the current players to have that interaction with those guys who have won championships and understand what it means to wear the Purple and Gold and represent this university and the baseball program. I think we put a lot of pressure on the guys. Hopefully, we will get a lot of fans out and the weather will cooperate. We will play under the lights with a lot of bragging rights at stake. It puts a little pressure on the guys. It’s a good way to end the fall.

“Something that I promote and take great pride in is for former players to feel like this is always going to be their home. They practice here. They are always around. They are always a part of the family. It’s a lifetime contract that they sign with us. Our players that are here right now grew up idolizing them, and now, all of a sudden, they’re interacting with them. It’s very vital to our success.”

Lagniappe: Houston Astros third baseman Alex Bregman and relief pitcher Will Harris, who recently joined the list of former LSU Tigers who have won the World Series, will be recognized during the LSU-Arkansas Football game Saturday in Tiger Stadium. The 2017 College World Series National Runner-Up team will also be honored during the game.