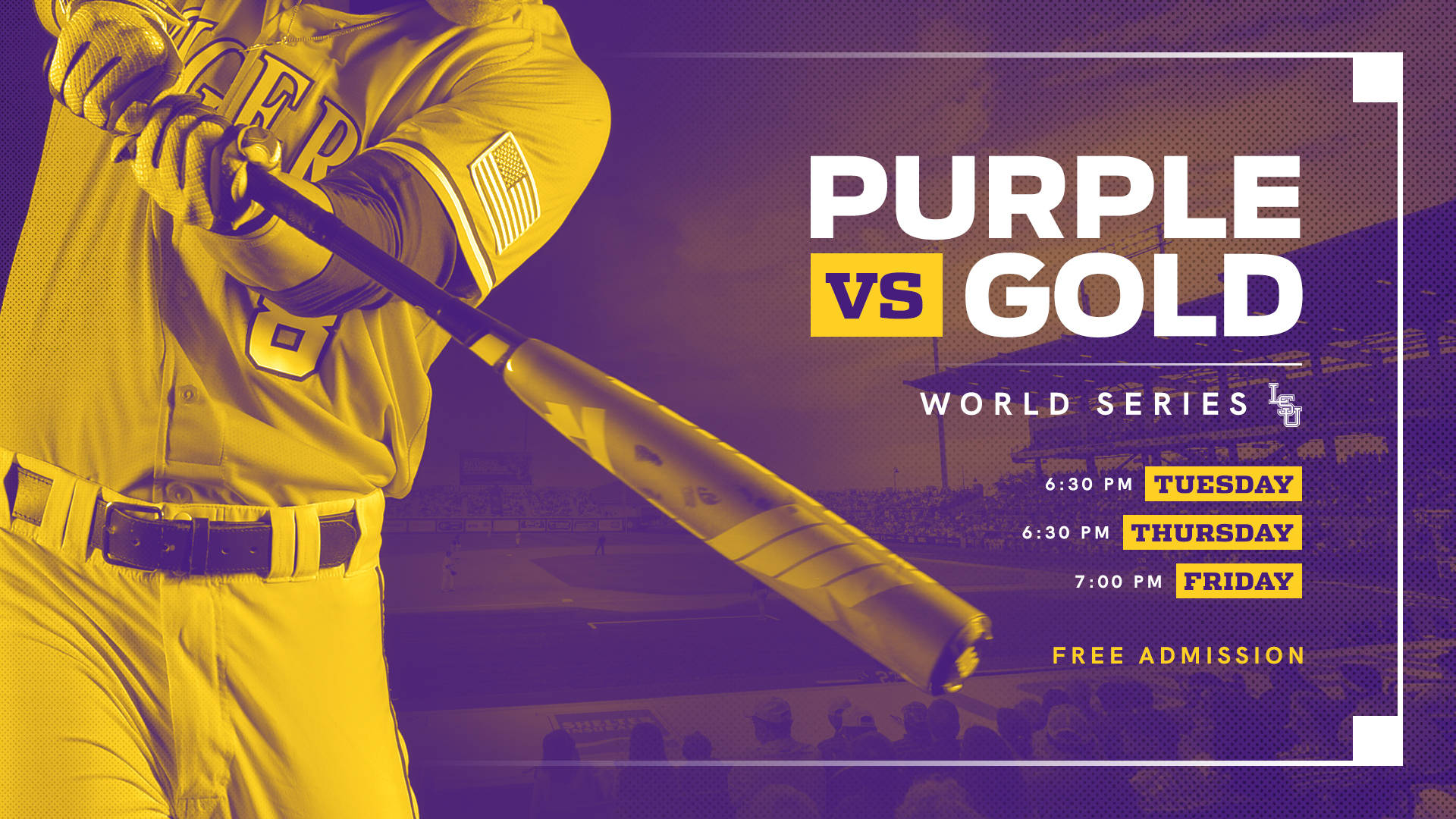 Game 1 of the series begins at 6:30 p.m. CT Tuesday in Alex Box Stadium, Skip Bertman Field. Game 2 is set for 6:30 p.m. CT on Thursday, and Game 3 will start at 7 p.m. on Friday. All three games will be six innings, and they are open to the public with free admission.

The Gold team will start sophomore right-hander Todd Peterson on the mound in Game 1 on Tuesday, while the Purple will counter with freshman right-hander AJ Labas.

The starting pitchers for Game 3 on Friday will be Gold freshman right-hander Devin Fontenot and Purple junior right-hander Cameron Sanders.

Pitch count limits will be in effect as the LSU pitchers continue their development in preparation for the 2018 season, which begins on Friday, February 16, when the Tigers play host to Notre Dame in Alex Box Stadium, Skip Bertman Field.