Volleyball Falls on the Road at Missouri 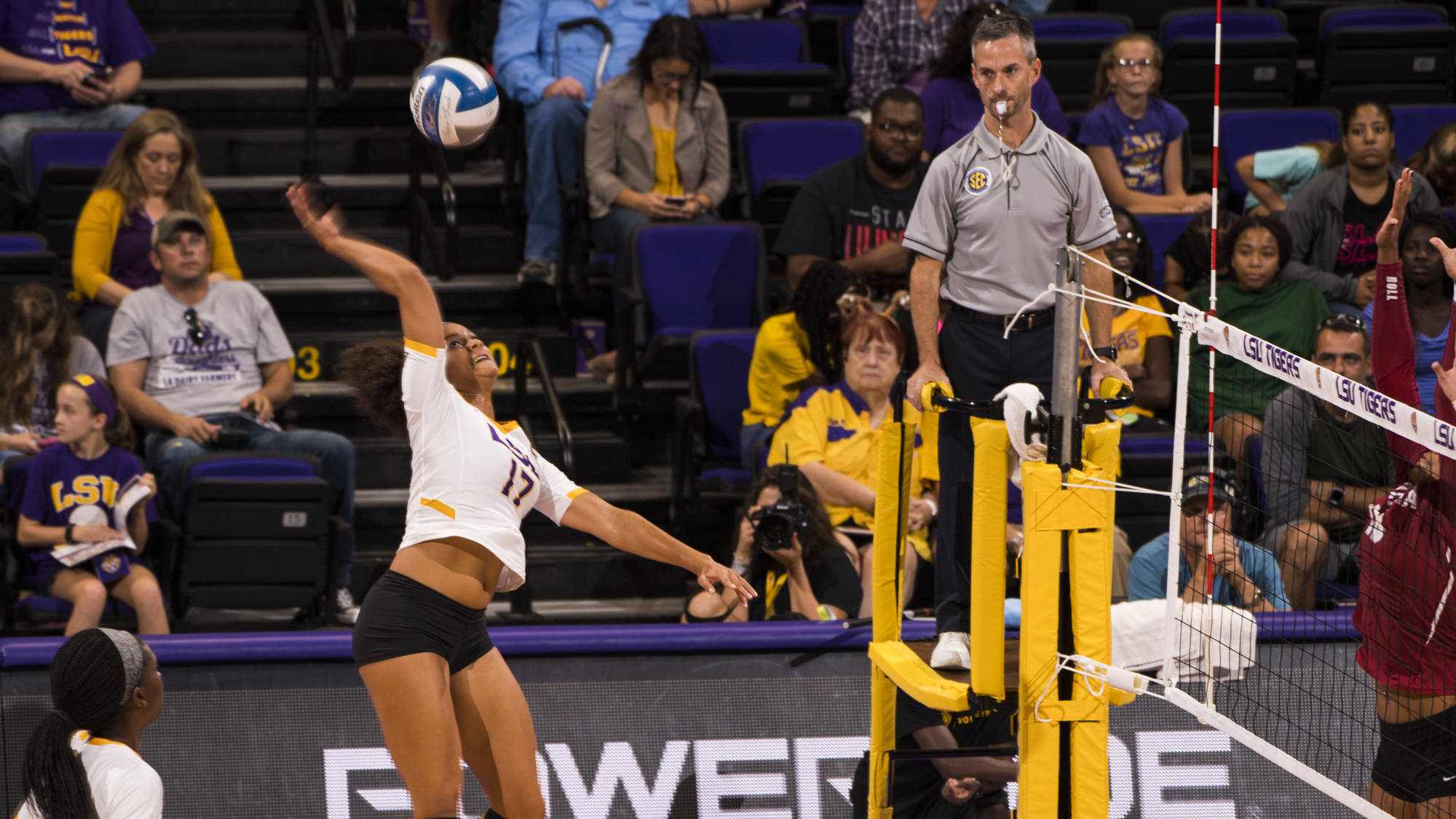 Fran’s Final Thoughts
“We just could never get going. I thought Taylor (Bannister) had a nice match and I thought Milan (Stokes) was a great spark off the bench. She really brought the intensity. But we didn’t play enough defense and weren’t efficient offensively. I thought our first-ball contact, serve receive was good and we played fairly clean. Today, they (Missouri) were better than us.”

Set Two
In a set that was tied 12 times and have five lead changes, LSU started the set strong, jumping out to a 6-2 lead and forcing Missouri to take a timeout. Missouri fought back to come within one, 7-6 but LSU pushed their lead up to 11-7 after a kill by Milan Stokes. The set was tied at 11-11 but Missouri took a 13-11 lead. The two teams went back and forth before LSU went on a 4-0 run to retake the lead, 21-20. Another run gave LSU a 24-22 but Missouri fought back to tie the set up at 24-24. After trading points, Missouri put three in a row together to take the set 28-26 and lead the match 2-0.

Set Three
In the third set, LSU struggled to get going as it trailed Missouri 7-3. LSU came within two but Missouri went on a 3-0 run to take an 11-6 lead and forced LSU to take a timeout. Missouri took an 18-10 lead and pushed its lead to 24-13. LSU held off Missouri for two-straight match points but LSU fell in the third set 25-15.

Next Up
The Tigers will be on the road next week, traveling to Mississippi State. The Tigers will take on the Bulldogs Friday at 3 p.m. CT in the Newell-Grissom Building. The match will air on the SEC Network+. Fans can access the match on at WatchESPN.com or by using the app.