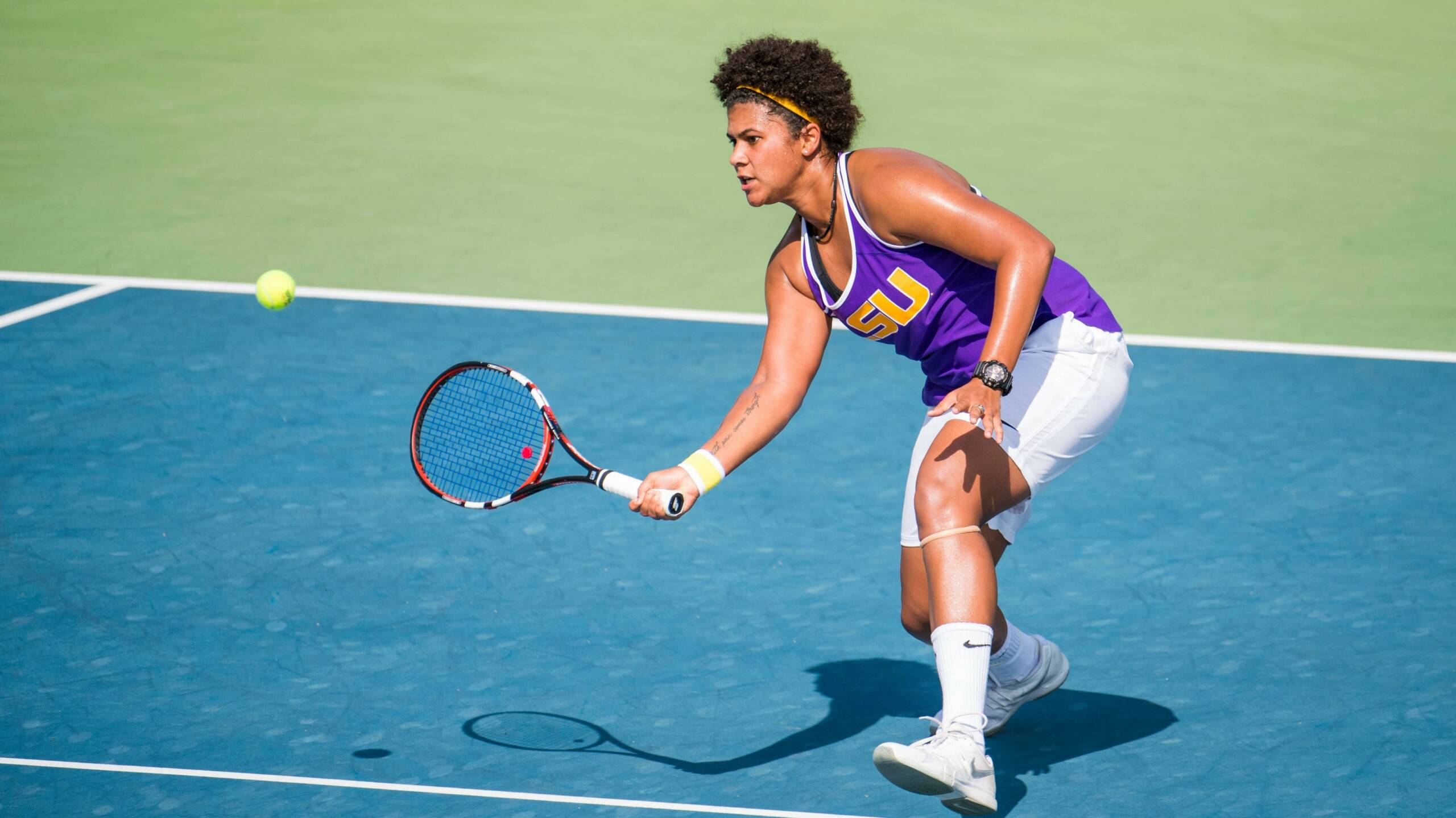 BATON ROUGE – The LSU women’s tennis team combined to secure seven victories against Kansas and Princeton across singles and doubles on the second day of the Tiger Fall Classic at the LSU Tennis Complex on Saturday.

The Tigers didn’t get off to the start they wanted, suffering two early doubles losses in a pair of intensely fought matches that each went to tiebreaks and lasted over an hour.

However, the Tiger pairings quickly put those matches behind them and rebounded with a couple of strong victories in the day’s second set of doubles competition against Kansas.

Foster and Lavender ended Nina Khmelnitckaia and Tatiana Nikolaeva’s undefeated streak this weekend with a 6-4 win, followed by Johnson and Richardson’s 7-6(4) win over Janet Koch and Maria Toran Ribes.

Johnson kicked off singles play with arguably her most dominant win of the fall, a 6-1, 6-2 victory over Princeton’s Sara Goodwin, and Lavender was right behind her with a 6-1, 6-1 takedown of Clare McKee.

After triumphing through a tough first set tiebreak, Richardson made quick work of Princeton’s Gaby Pollner in the second and took her second singles match of the weekend in straight sets.

Foster came out on top in a first set tiebreak as well and took care of business against Katrine Steffensen 7-6, 6-2 to give the Tigers their fourth singles win on the day.

Last on the court was Jessica Golovin, who took her first set against Tiffany Chen 6-0 before dropping the second set to force a third. Golovin and Chen went back and forth throughout the third set and eventually went to a tiebreak that went in favor of Golovin, 7-3, giving LSU its fifth singles win and seventh overall win on the second day of competition.

The Tigers will return to the courts to face Georgia Tech in singles on the third and final day of the Tiger Fall Classic Sunday at 9 a.m. CT.