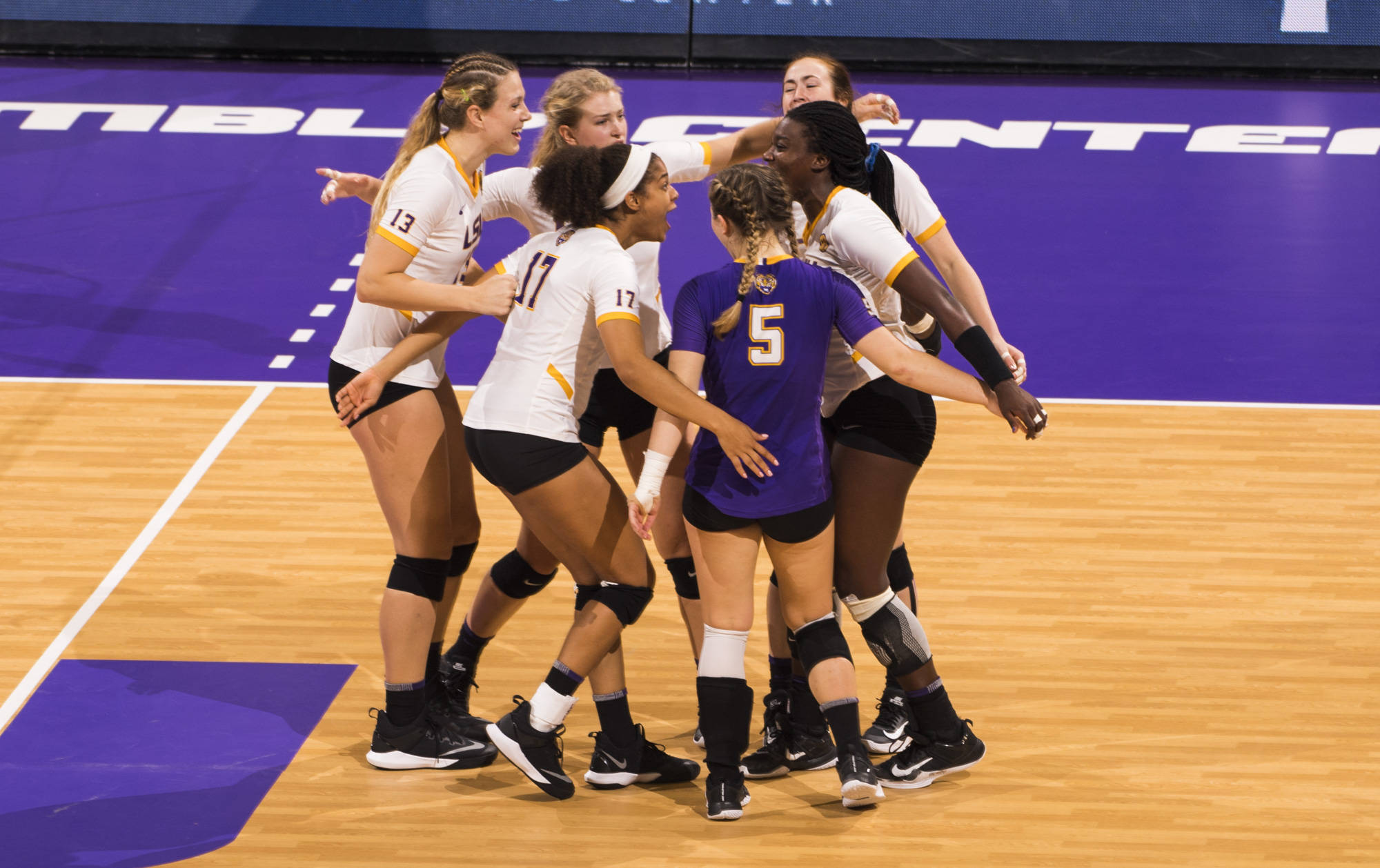 COLUMBIA, Mo. – After bouncing back with a 3-1 road win at Arkansas on Friday, the LSU volleyball team (17-6, 8-4 SEC) will look to continue that road momentum into Sunday’s match against Missouri at 1 p.m. CT in the Hearnes Center.

Fran’s Final Thoughts
“Missouri is certainly not an easy place to play. We don’t have a lot of experience with what has happened over there. Our team is walking into this as we do any other match. We have been great just being clean and good on our side. I hope we will be able to continue that trend.”

Last Time Out
LSU fell in the first set to Arkansas on Friday but fought back and claimed the next three sets to win the match in four by scores of 21-25, 25-17, 25-23 and 26-24. The Tigers were led by sophomore Jacqui Armer, who had a career-night of 18 kills and a .593 hitting percentage. Gina Tillis finished with her 10th double-double on the year of 11 kills and 19 digs. Anna Zwiebel also finished with a double-double of 53 assists and 14 digs, her ninth on the year. Raigen Cianciulli led the back row with a match-high 27 digs.

A Look at Missouri
Missouri is currently on a three-game win streak and are winners of eight of its last 10 matches. Missouri sits in third place of the SEC, a half-game in front of LSU with a 15-9 overall record and 8-3 in the SEC. Missouri is hitting .236 on the year and holding its opponents to a .188 hitting percentage. The Tigers average 12.84 kills per set and 13.51 digs per set to go along with 3.0 blocks per set. Kira Larson leads the team with 207 kills and averages 2.27 kills per set. Courtney Ecknenrode directs the offense and averages 7.65 assists per set. Riley Sents anchors the back row with 3.45 digs per set.

All-Time vs. Missouri
LSU and Missouri have only met 10 times in program history. Missouri leads the all-time series 6-4. Missouri has won the last three meetings. The last time LSU won was Nov. 21, 2014 in a four-set match. Out of the three matches in Columbia, Missouri, LSU has only won one of those. That match came on Oct. 25, 2013 when Missouri was ranked 11th in the country.

Team Notes
>> This is the first meeting with Missouri this season.

>> With the win at Arkansas, the Tigers defeated Arkansas twice on the year. It’s the first time the Tigers have defeated the Razorbacks twice in a season since 2014.

>> The win over the Razorbacks was the first victory for LSU in Fayetteville since the Tigers won on Nov. 2, 2014.

>> Arkansas was the 17th match that Cianciulli has led the team in digs. Her 27 digs is the second-most she has recorded in a match this season.