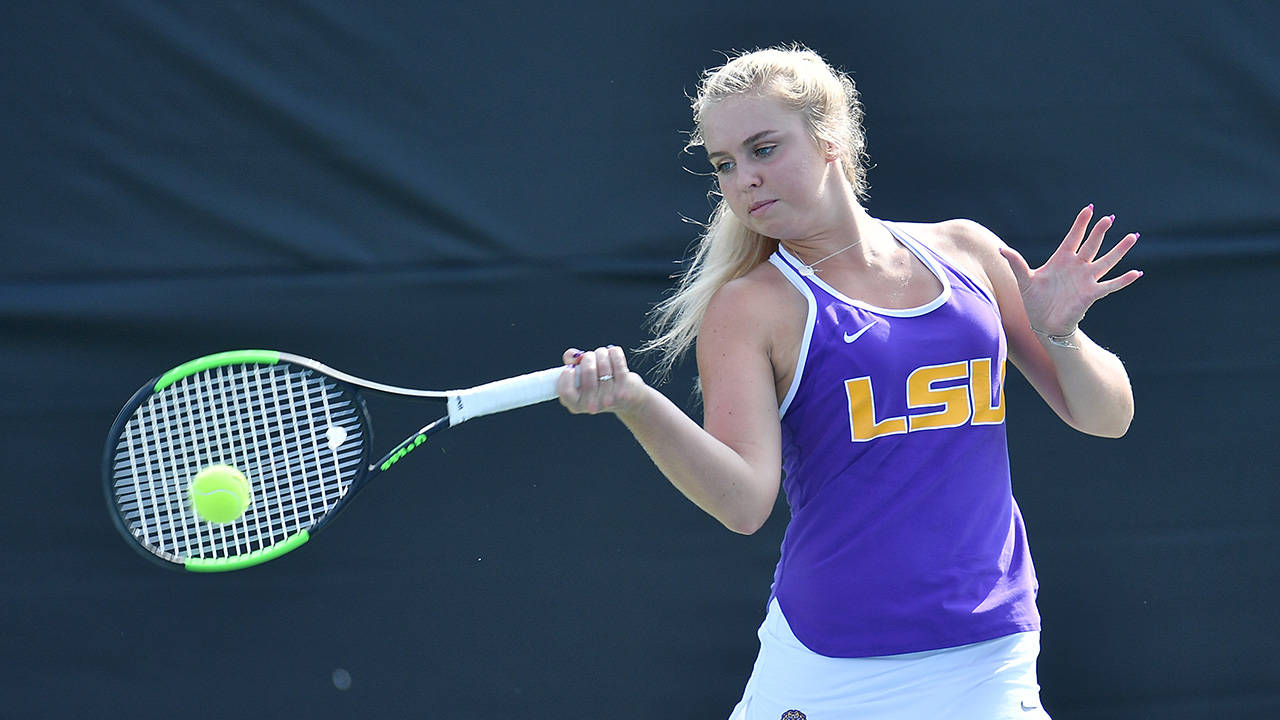 Jessica Golovin and Eden Richardson defeated Gaby Pollner and Nathalie Rodilosso on court two, also by a score of 6-3, and Kennan Johnson and Elizabeth Hotard wrapped up the doubles sweep for the Tigers with a 6-2 win over Catalina Vives and Clare McKee.

The Tigers carried their hot start over into singles play against Kansas, as Richardson defeated Tatiana Nikolaeva 6-0, 6-1. Lavender and Johnson quickly followed suit with straight-set victories of their own over Maria Toran Ribes and Carla Pons Martorell, respectively.

Hotard dropped her singles match to Amber Policare in two sets, while Foster and Golovin both dropped their first sets but claimed the second sets to force a decisive third on each of their courts. Golovin ultimately fell to Nina Khmelnitckaia 6-4, 0-6, 6-2 in a closely contested match for the Tiger junior.

Foster was the final LSU player left on the court in singles play as she refused to give in despite dropping her first set to Janet Koch, 6-4. The senior captain fought back to take the second set, 6-4, and continued her push against Koch all the way to a third-set tiebreak, which went in favor of the Kansas junior.