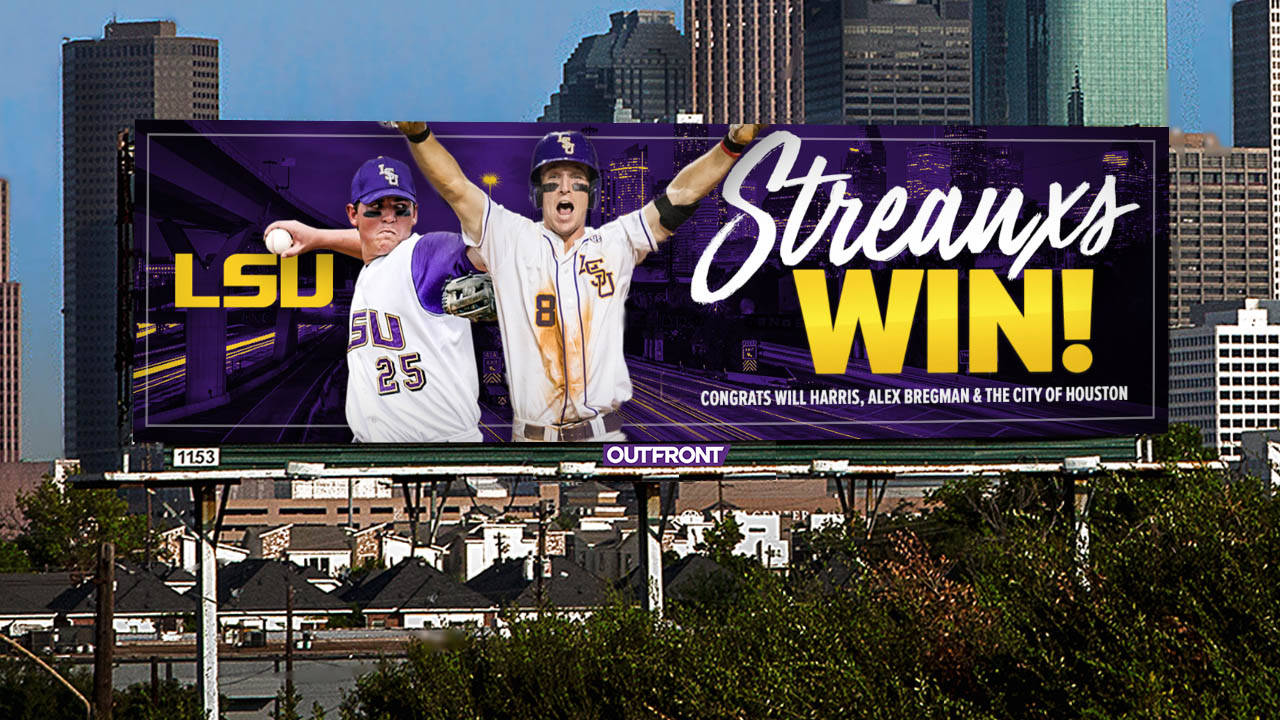 BATON ROUGE, La. – LSU is recognizing the World Series championship for former Tigers and current Houston Astros Alex Bregman and Will Harris by displaying a “Streauxs Win” billboard in Houston.

Bregman, who enjoyed an All-American career at LSU from 2013 through 2015, is the Astros’ starting third baseman, and Harris, a pitcher/infielder for the Tigers from 2003-06, is one of Houston’s top relief pitchers and a 2016 American League All-Star.

The billboard, provided by Outfront Media, is on display now at Highway 225 East & Shaver in the East Houston/Pasadena area.

Bregman finished the 2017 regular season with a .284 average, 19 home runs, 71 RBIs, 88 runs scored and 17 stolen bases. He collected four homers, 10 RBI and 11 runs in the Astros’ 18 postseason games, including one double, two homers, five RBI, six runs and one stolen base in the World Series.