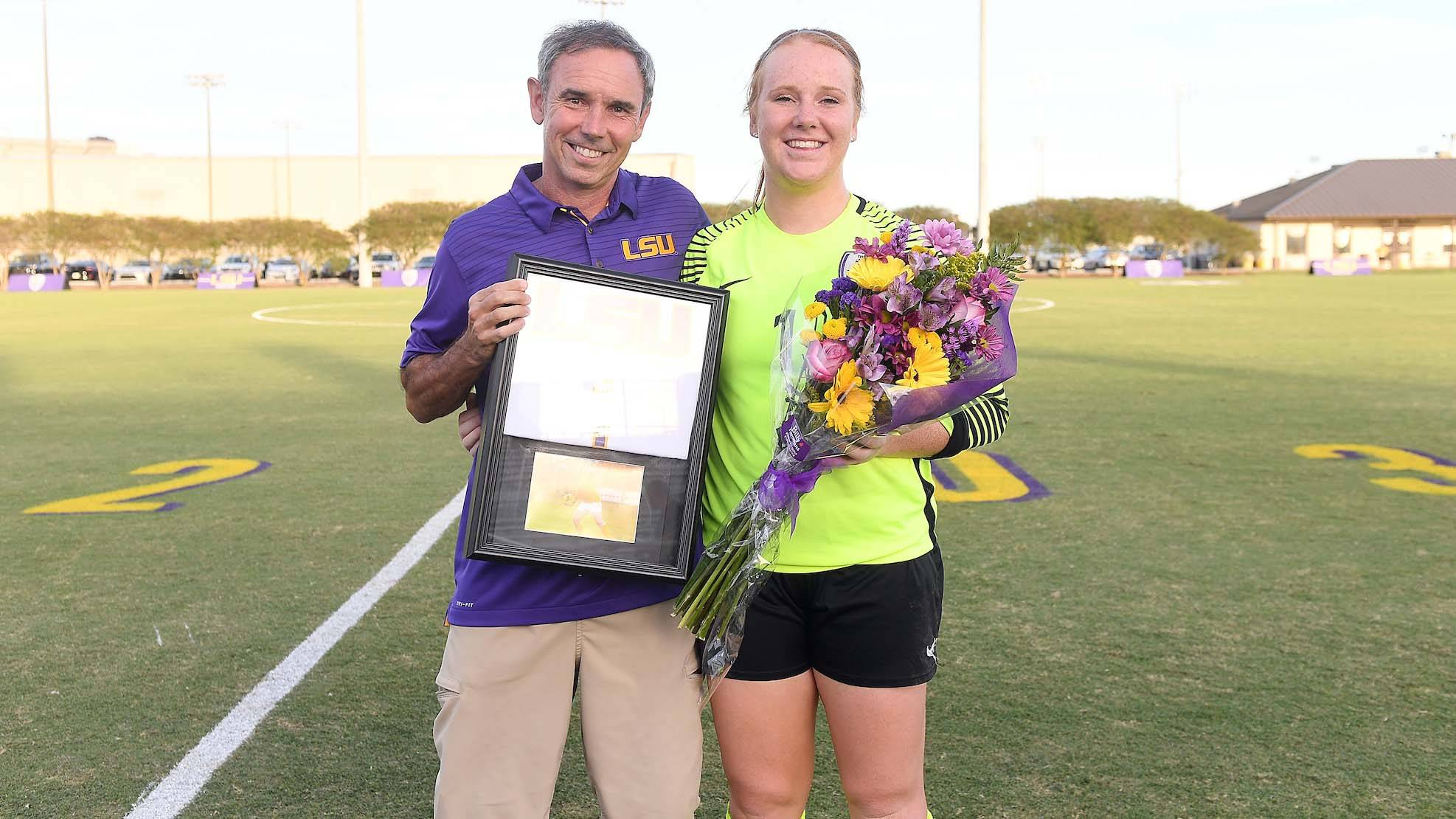 BATON ROUGE – Senior goalkeeper Lily Alfeld, LSU’s female nominee for the Brad Davis SEC Community Service Postgraduate Scholarship Award, has been recognized by the conference once again this season for her leadership off the field as a member of the SEC Community Service Team for women’s soccer.

This marks the second-straight season in which Alfeld has been named to the SEC Community Service Team while setting an example for LSU Athletics with her efforts in the Baton Rouge community.

Alfeld has been committed to the Kids Hope USA program in Baton Rouge while mentoring a student at University Terrace Elementary School near the LSU campus. Her commitment to influencing the lives of youth in the community was also felt with her participation in the Miracle League at Cypress Mounds Baseball Complex where she helped organize a baseball league for kids with mental and physical disabilities.

Alfeld’s involvement has not been limited to the youth of Baton Rouge, but also the elderly as she is a frequent visitor to Southside Retirement Village where she plays bingo every Friday and has also helped put on the Heart Of A Tiger event on Valentine’s Day while providing company for the residents.

In addition, Alfeld helps coordinate the Food Pantry in the LSU Student Union where she logs donated food, stocks shelves and helps check students in and out who wish to give. She has also continued her work with the Celtic Shelter established at Celtic Studios over the past year that was set up in the fall of 2016 following the devastating floods that affected Baton Rouge and surrounding areas last August.

A three-time SEC Academic Honor Roll selection during her collegiate career, Alfeld is on pace to graduate from LSU in May following the spring semester with her degree in business.