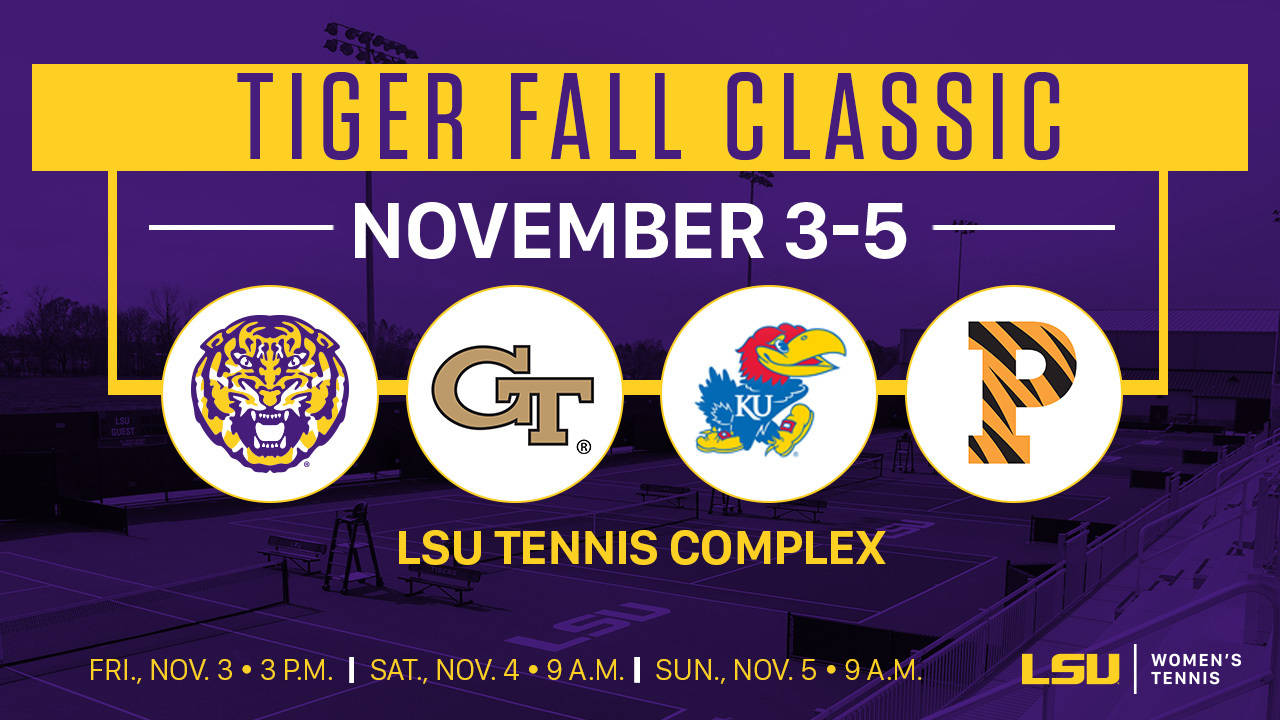 BATON ROUGE — For the second year in a row, the LSU women’s tennis team will host the Tiger Fall Classic Nov. 3-5 at the LSU Tennis Complex.

The Tigers will face off against Georgia Tech, Kansas and Princeton in this year’s Classic, LSU’s last tournament of the fall in which each team will compete head-to-head against the other three in both singles and doubles over the course of the weekend.

Ryann Foster was one of two Tigers to go a perfect 6-0 across singles and doubles in last year’s Fall Classic and will look to build upon a strong fall in her senior season.

Georgia Tech boasts four ranked players led by No. 23 Johnnise Renaud and Kansas has one ranked player in No. 35 Anastasia Rychagova.

The Tigers already have some experience facing off against several of this weekend’s opponents earlier in the fall as Princeton was represented at the Hall of Fame ITA Grass Courts Invitational and freshman Elyse Lavender defeated Georgia Tech’s No. 103 Kenya Jones in the finals of the Duke Bonk Invite.

Competition will begin Friday at 3 p.m. when the Tigers take on Princeton in doubles followed by Kansas in singles.

Admission is free to the public and gates will open an hour prior to the start of play on each day, which will begin at 3 p.m. on Friday and 9 a.m. on Saturday and Sunday.

Live stats will be available for all of this weekend’s competition at www.lsustats.com.