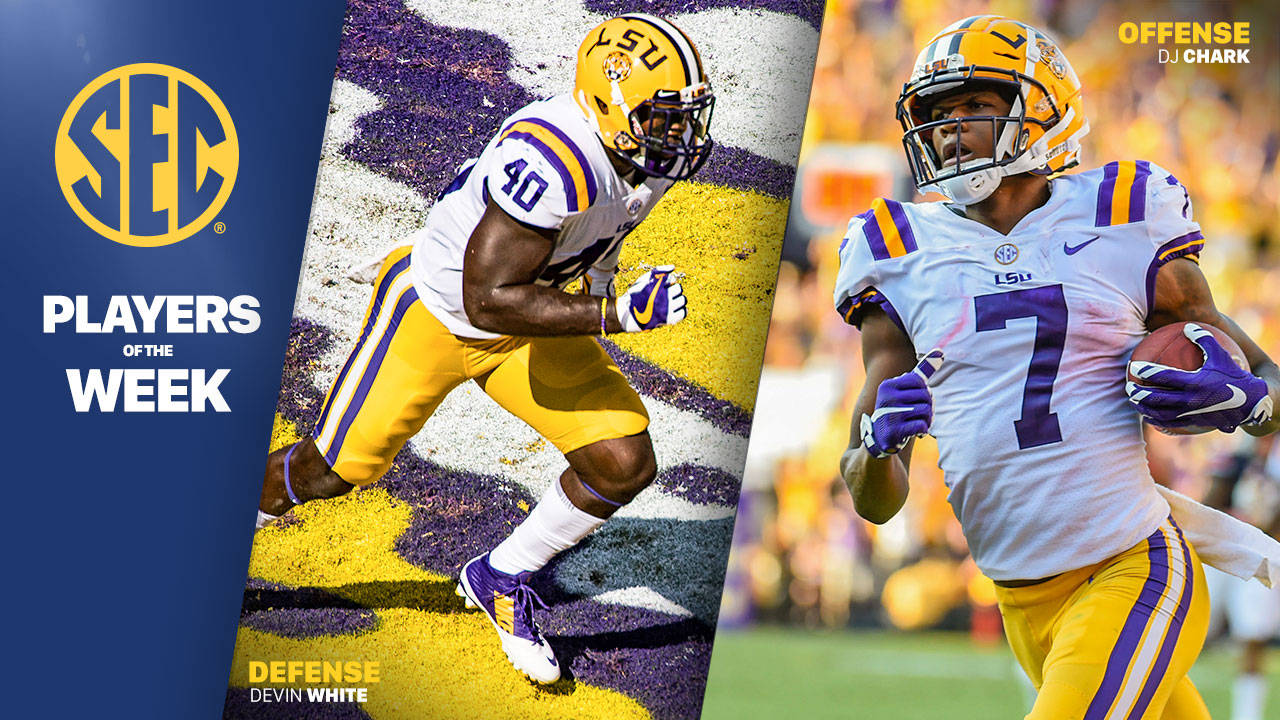 BATON ROUGE – Wide receiver DJ Chark and linebacker Devin White have both been honored by the Southeastern Conference as the league’s offensive and defensive players of the week, the SEC announced on Monday morning.

Chark, a senior from Alexandria, La., ignited Tiger Stadium with a 75-yard punt return for a touchdown early in fourth quarter that helped spark a dramatic LSU comeback in a 27-23 win over Auburn. Down 23-14, Chark hauled in an Aldan Marshall punt at the LSU 25-yard line, reversed field and went untouched 75 yards for the score, pulling the Tigers to within 23-21.

Chark’s punt return was just part of what was a big day as he led LSU with five receptions for 150 yards. All five of his catches resulted in a first down, and two came on third-and-11 and third-and-15 situations. Chark finished the day with career-high 233 all-purpose yards.

White, a sophomore from Springhill, La., had fifth consecutive double-digit tackle game with career-high 15 tackles in the win over Auburn. White added a sack, a quarterback hurry and two tackles for loss in the comeback win.

White led an LSU defense that held Auburn scoreless and to only 64 total yards, six passing yards and four first downs in the second half. Auburn led 17-0 after the first quarter and 20-0 early in the second quarter before White and the LSU defense stiffened and the Tiger offense and special teams mounted a rally.

The honor is the second straight for White, who picked up the award last week following a 13-tackle effort in LSU’s win over Florida. Through seven games, White leads the SEC and ranks No. 3 in the nation in total tackles with 77. He’s also first in the conference in tackles per game with 11.0.

Chark and White become the first LSU players to earn SEC Offensive and Defensive Player of the Week honors in the same game since 1985 when Jeff Wickersham (offense), Ron Sancho (defense) and Henry Thomas (defense) did it following the win over Notre Dame.