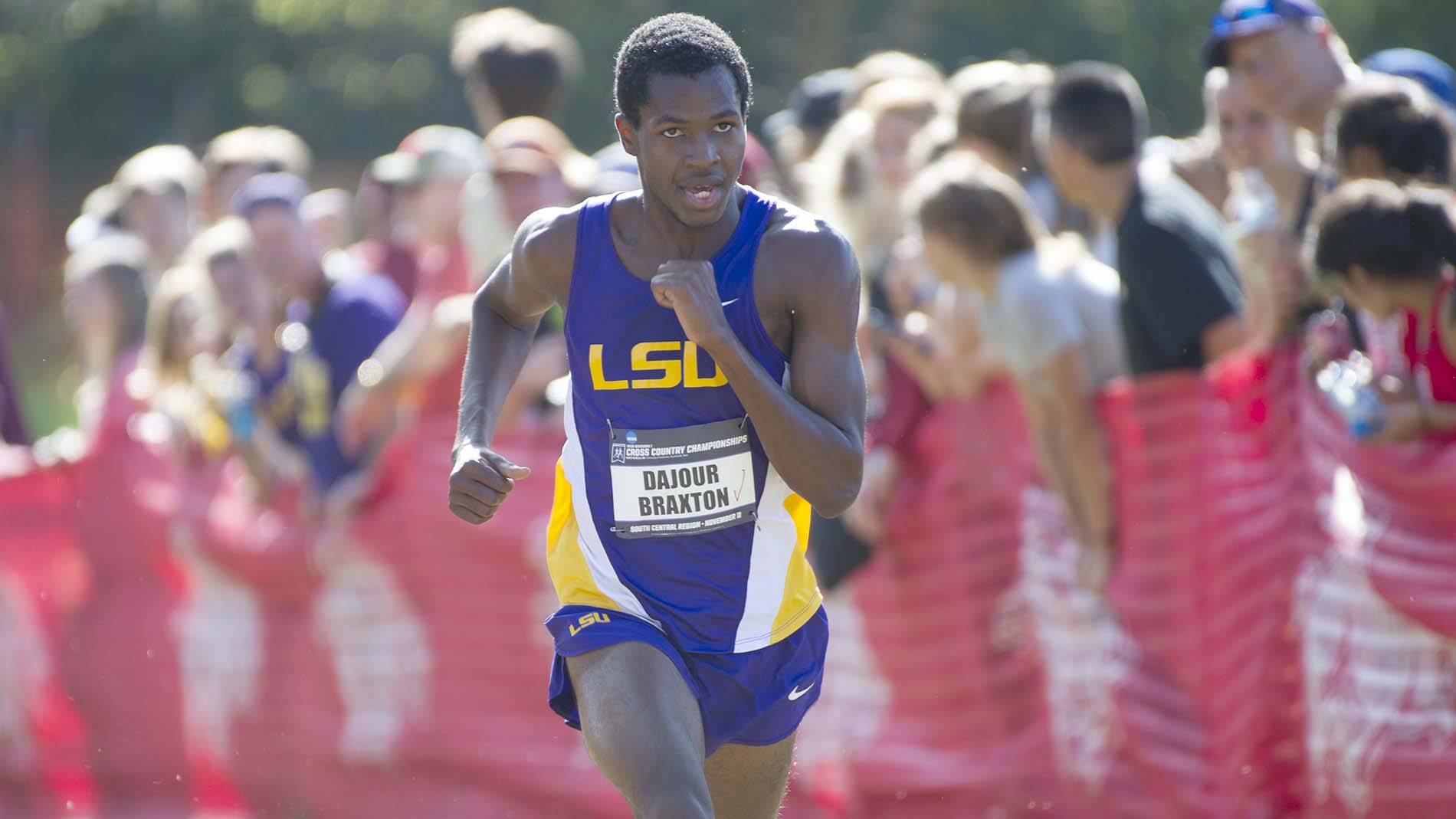 NEW ORLEANS, La. – Due to the severity of Hurricane Harvey, the LSU men’s and women’s cross country teams will open their 2017 campaigns in New Orleans at Lake Oaks Park. Both teams will run 5k races as the women will start at 5:30 p.m. CT with the men following at 6:00 p.m. CT.

Both teams will be led by first-year Head Coach Mark Rinker. Rinker was previously at Northeastern University where he served as the men’s cross country coach, men’s and women’s middle distance, and recruiting coordinator.

Rinker has high hopes, and believes in the potential of both teams.

“I think there’s really good kids in this program,” Rinker noted. “Right now I’m just developing relationships with them as people and athletes. It’s about cultivating a positive culture, and trying to bring excitement to our goals.”

“I think it’s his willingness to do some new things in training,” Rinker said. “He’s been a sponge, and a great leader of our group.”

Braxton finished as the Tigers’ top finisher in each meet of the 2016 season. He ended last year at the NCAA South Central Regional, where he was one spot shy of qualifying for the NCAA Championships.

Aside from Braxton, returning for the Tigers are seniors DC Lipani, Bryan Stamey, Daniel Tanner and Jack Wilkes; sophomores Alex Harp and Harrison Martingayle. Freshman Eric Coston will also make his collegiate debut in the meet.

Martingayle is looking to build off of a solid freshman campaign as he finished in the Top 50 on three occasions in 2016. Harp recorded a Top 20 individual finish in 2016.

Coston, 11-time Louisiana State Champion from St. Paul’s School in cross country along with track & field, aims to make an immediate impact in his first season.

The Lady Tigers return some experience but have numerous runners competing in their first meet for LSU.

The women’s team returns one senior in Rebecca Little. Little notched three Top 60 individual finishes a year ago. Returning juniors are Hannah Bourque and Erika Lewis, who combined for six Top 60 finishes. Bourque and Lewis both earned their best individual finishes of 2016 at the LSU Invitational, placing in seventh and 14th respectively.

The returning sophomores for the Lady Tigers are Annie Jung, Kailyn McCarley and Amelie Whitehurst.

Highlighting the Lady Tigers, making her debut tomorrow, is junior Ersula Farrow. Farrow is a transfer student from Clemson to LSU, and Coach Rinker believes that she will have an immediate impact this fall.

Farrow was named a 2016 NCAA Indoor All-American along with being crowned the ACC Indoor Champion in the same season.

Upon finishing the New Orleans Invitational, the men’s and women’s teams will both travel to Athens where they will compete in the Georgia Invitational on Saturday, September 9. The men are scheduled to start at 7:00 a.m. CT with the women following at 7:45 a.m. CT.

For the latest information on LSU’s men’s and women’s cross country teams, fans can follow the Tigers and Lady Tigers on Twitter @LSUTrackField and on Facebook by liking LSU Track & Field.