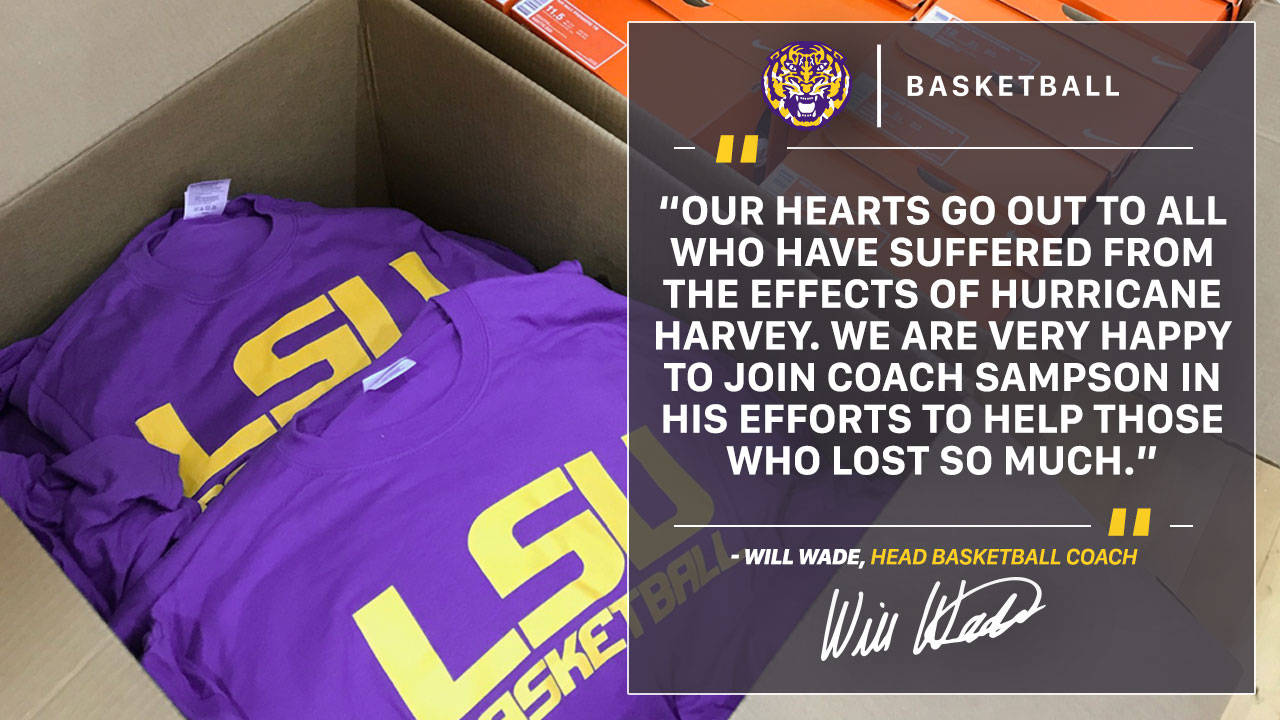 Sampson, who will be here in Baton Rouge with the Cougars Dec. 13 for a men’s basketball contest in the Maravich Center, tweeted out a request for any coaches of basketball teams on any level to send him school t-shirts and shoes and he would help distribute them to the appropriate agencies.

Tuesday morning, the men’s basketball staff put together a package of 20 pair of shoes and some 40 t-shirts that would go out to help Coach Sampson’s project.

“Our hearts go out to all who have suffered from the effects of Hurricane Harvey,” Coach Wade said. “We are very happy to join Coach Sampson in his efforts to help those who lost so much.”

The Tigers and Cougars, who played a home-and-home the last two seasons, begin a new two-year series this coming season and LSU will play in Houston in the newly renovated home of the Cougars during the November-December portion of the 2018-19 schedule.

pray for all of those who have been devastated by the horrendous tragedy in Texas and to protect others n the path of storms new direction.