Volleyball Takes Down Northwestern in Five 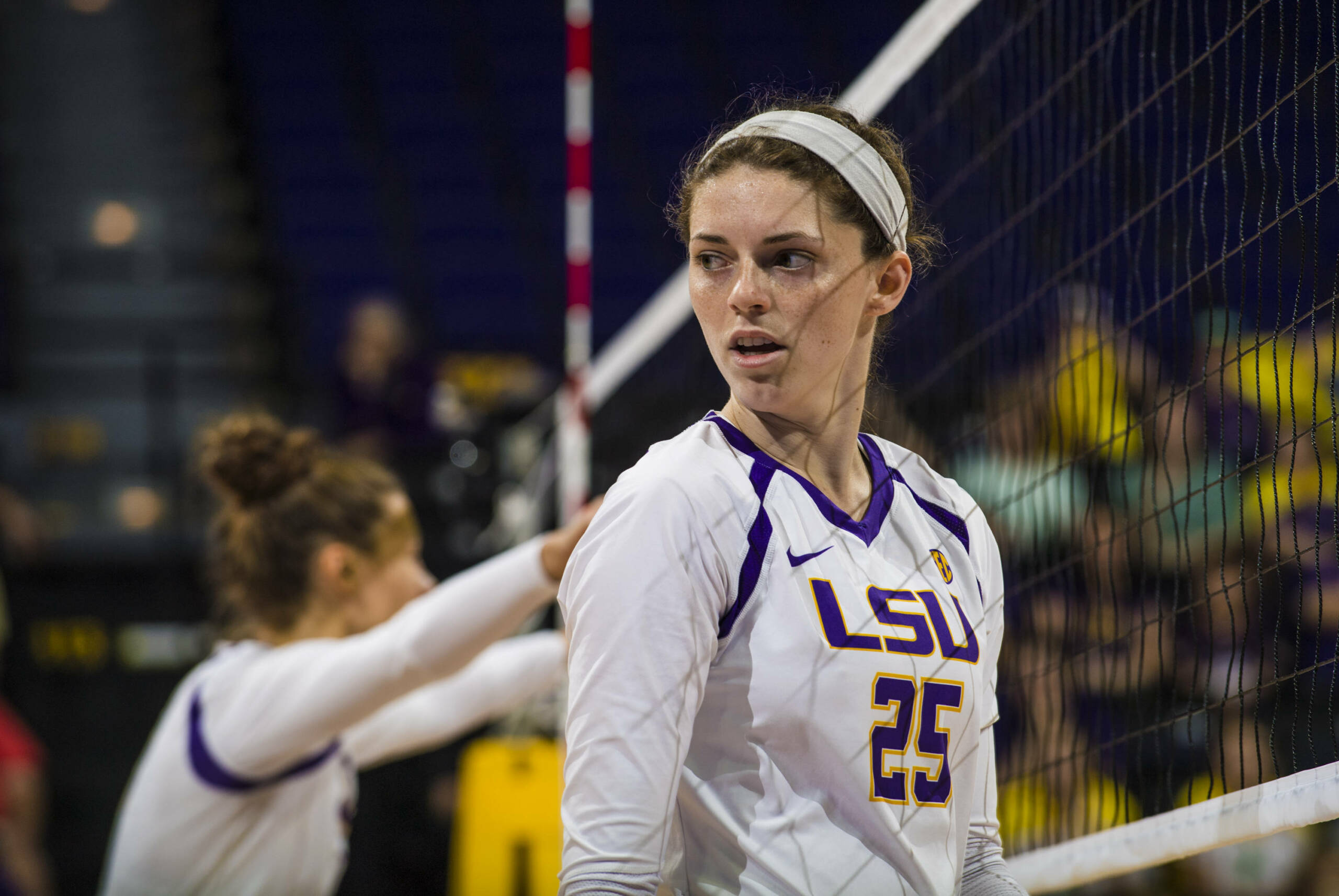 Flory’s Thoughts on the Match

“In every season, teams face matches that are defining matches. This was one of those defining matches for us. It is a solid win against a quality opponent. We fought off the pressure and succeeded as a team. I am super proud of the effort and excited for our team. They deserved this one.”

The Tigers jumped out to the 2-0 lead to start the set. However, four separate three-point rallies by the Wildcats put LSU behind. After being out-hit .375-.040, the Tigers eventually fell, 25-18.

LSU opened in the same fashion with the 2-0 lead and snagged the 6-2 lead before a 5-0 Northwestern rally put the Tigers behind 7-6. After a 4-0 rally of its own, LSU grabbed the 14-13 lead, its last lead of the set. A massive swing by Toni Rodriguez and a few attacking errors by Northwestern put the Tigers within two with the score at 23-21. However, The Tigers were unable to hang on as the Wildcats took the set, 25-21 to grab the 2-0 match lead.

After starting the set with the 9-5 lead, Northwestern went on a 6-1 rally to snag the 11-10 lead before the Tigers’ offense started to settle. In the third set, LSU outhit Northwestern .286-.114. The Tigers’ offense was led by Rodriguez who had a set-best nine kills and compiled 9.5 points for the Tigers on a .500 hitting clip. Fittingly, Rodriguez secured the set with a massive swing on an assist by Anna Zwiebel.

The Tigers stayed hot and opened the fourth set 7-1 before the Wildcats snagged the 17-13 lead. LSU went on a 12-4 run to close the set at 25-23, forcing a deciding set five. The run was fueled by Katie Kampen and Olivia Beyer‘s service aces and two kills apiece by Rodriguez and Zwiebel. The Tigers had 14 assists with nine by Zwiebel as LSU outhit the Wildcats .225-/200.

In what was a back and forth set between LSU and Northwestern, the Tigers limited the Wildcats to hitting. 050 in the set and take the win. LSU gained momentum from back-to-back kills by Zwiebel and Rodriguez to knot the score at nine. A solo block by Taylor Bannister and a massive kill by Gina Tillis gave the Tigers the 13-12 edge. Back-to-back attacking errors by Northwestern secured the match as LSU took the final set, 15-13.

Notes on the Tigers

>> In five sets played, Rodriguez led LSU hitters with 17 kills and hit at a .286 clip on 35 total attempts with six errors. She accumulated a team-best 17.5 points after tacking on 1.5 blocks.

>> Beyer finished the match second in kills with eight and hit .333. The junior also had 11 points on the day with four digs, two blocks and one assist.

>> At libero, freshman Raigen Cianciulli notched 20 digs, leading the way for both teams on the court.

LSU returns to the court against USF at 6 p.m. CT for their final match of the USF Invitational. Admission to The Corral is $5. The match will be televised on Cox Sports Television. Fans outside of the CST footprint can watch the match on ESPN3. Live stats will be available from LSUsports.net, and fans can also follow the match from LSU volleyball on Twitter and Facebook.