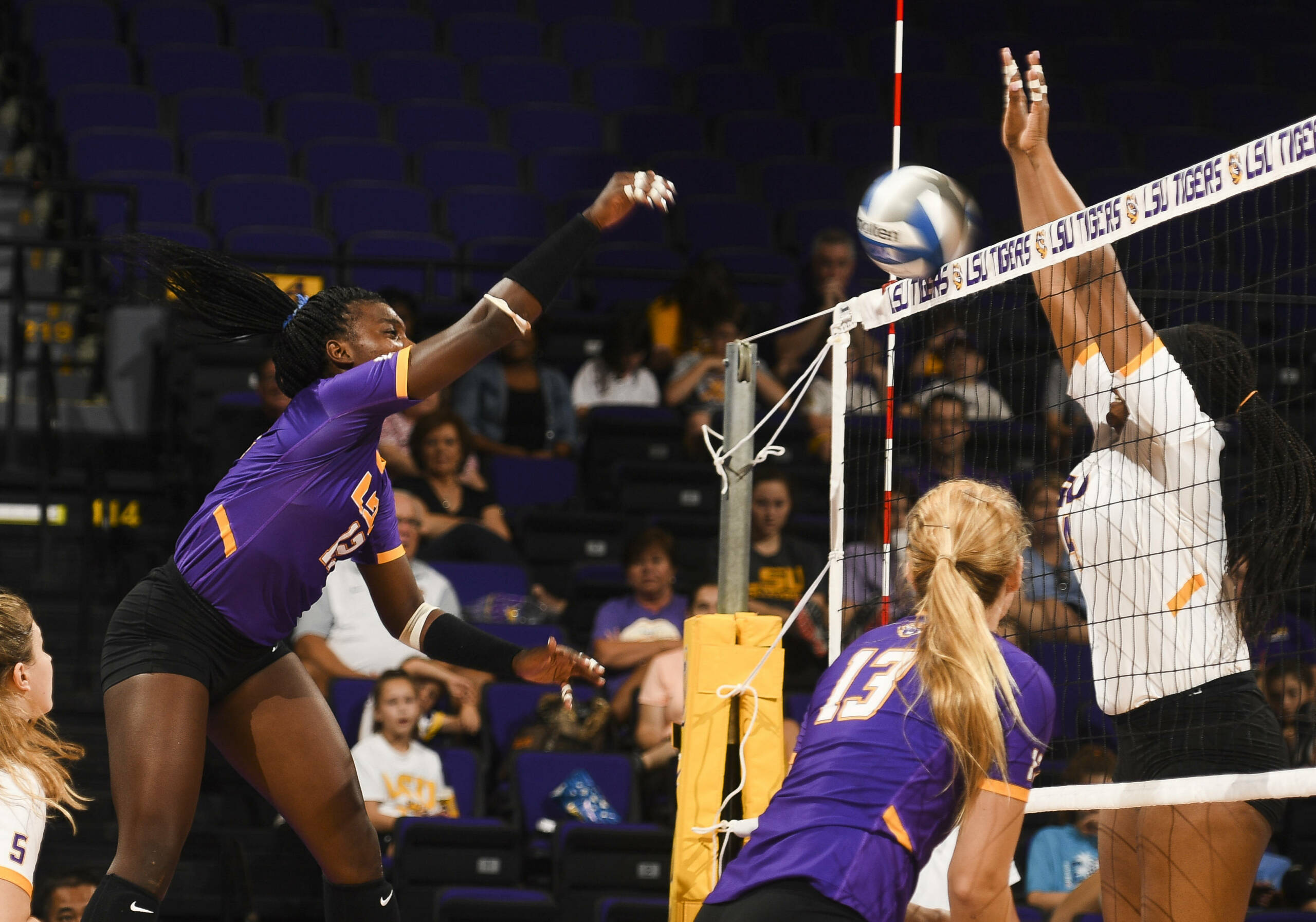 TAMPA, Fla. – The LSU volleyball team defeated the University of Arkansas-Pine Bluff, 25-10, 25-9, 25-10, in its opening match of the 2017 season Friday afternoon in The Corral inside of the USF Sun Dome.

LSU won its season opener for the 13th time in the last 17 seasons, and the Tigers notched their 16th season opening win under head coach Fran Flory.

The win marked the first time that the Tigers held their opponent to 10 points or less in each set since the addition of rally scoring.

Flory on the Match

“It’s certainly exciting to start the season off with a win. I am excited about our freshmen, Raigen Cianciulli and Taylor Bannister who had great opening matches in LSU uniform. I thought overall we played very well. We served very well. I like our offense, but it has to become a little more efficient. If there’s one negative takeaway from the win it’s that we are not quite there offensively, but I’m certainly excited about what they did and am certainly excited that we had 13, 14 and 13 kills. We had a few too many errors, but it was a good start.”

The Tigers jumped out to a quick 3-0 lead in the first set to take the momentum. LSU rattled off 10 straight points to push the score to 23-9 before freshman Taylor Bannister closed the set at 25-10 with a huge swing for her fifth kill. The Tigers outhit the Golden Lions .346- -.143 in the opening set.

LSU limited UAPB to a -.130 hitting percentage in the second set as the Tigers hit .379 with 14 kills on 29 attempts and three errors. Once again, the Tigers grabbed the 3-0 lead and went on a 7-0 run to grab the 18-4 lead before securing the set with a Tillis kill and a UAPB attacking error.

Arkansas-Pine Bluff took the first lead of the match in the third set, but with back-to-back big swings by Gina Tillis, the Tigers tied the match at 5-5 and never looked back. With the score at 10-8, LSU went on a 13-0 run and closed the match with a massive kill by Jacqui Armer to give the Tigers the first win of 2017.

>> Bannister led the team in kills with eight, had two assisted blocks and led the field with nine points.

>> In two sets played, Milan Stokes recorded a team-best .556 hitting percentage on six kills with nine total attempts and one error. She was one of three Tigers with six kills on the afternoon along with Tillis and junior Sydney Mukes.

>> In her LSU debut, Cianculli recorded five digs and five assists along with three of the Tigers’ eight service aces.

LSU continues its weekend at the USF Invitational with two matches Saturday. The Tigers start the day with a match at 1 p.m. CT against Northwestern and follow with a 6 p.m. match against USF. Both matches will be televised on Cox Sports Television. For those out of the footprint of CST, the game will be streamed online on ESPN3.com. Admission to The Corral is $5. Live stats can also be found at LSUsports.net, and there will be updates on the LSU volleyball Twitter and Facebook Pages.