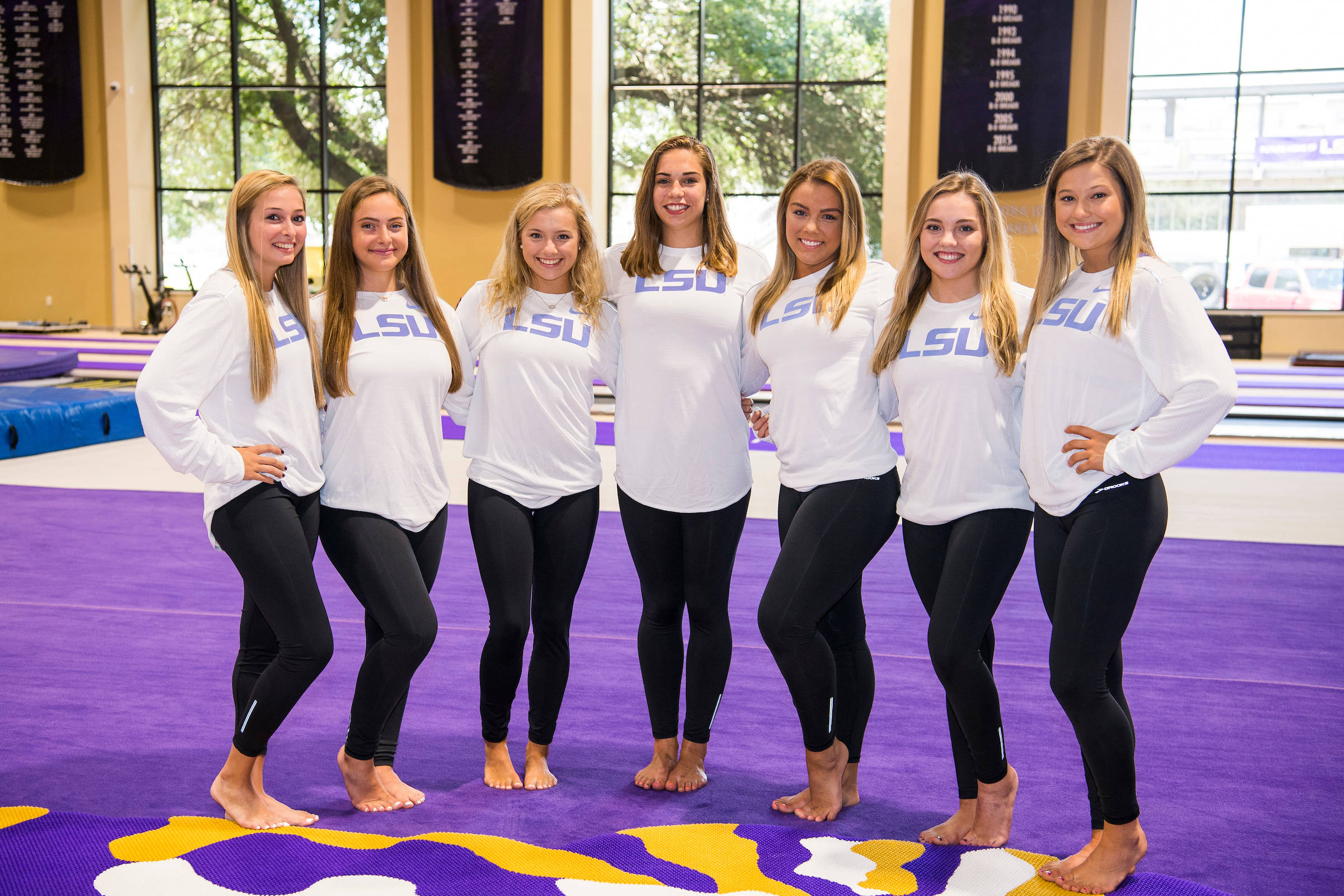 “We are excited about what this class has the potential to do,” associate head coach Jay Clark said. “It is a class that truly represents so many of the attributes we look for. This class has a little bit of everything. We have former Elite National Team members, former J.O. National Team members, and top Level 10 athletes. This class is full of personalities and the level of character has allowed us so much recent success. We expect great things to come from this class.”

A four-time P&G Championships participant, Desiderio finished sixth on floor in 2016. She also competed in the junior division in 2013, 14 and 15. In 2015, Desiderio finished third on floor, fifth in the all-around and sixth on balance beam. The all-arounder also competed at the Secret U.S. Classic the last four years and the Women’s Junior Olympic Level 10 National Championship in 2012.

Sarah Edwards * Ocean Springs, Mississippi
Edwards competed at Laniers in Ocean Springs, Mississippi. As a level 10 gymnast, Edwards earned wins on all four events and in the all-around in 2015 and finished top-two on all four events in 2016. Edwards competed at the Region 8 Championships and earned multiple top-15 finishes, highlighted by a 12th-place finish on vault in 2015.

Olivia Gunter * Mandeville, Louisiana
Gunter finished in the top-15 on floor at the J.O. Level 10 Nationals in 2016. She also finished first in the state on floor and in the all-around in 2016. Gunter owns multiple top-10 finishes at Region 8 championships on floor and vault. Gunter was a member of the National Honor Society and maintained a 4.0 GPA at Mandeville High School.

Gracen Standley * Cincinnati, Ohio
Standley trained at Cincinnati Gymnastics Academy under Mary Lee Tracy. She competed at the Nastia Liukin Cup as well as Junior Olympic (J.O.) Level 10 National Championships three times during her career. Standley finished third on bars and seventh in the all-around and on beam during the 2016 J.O. championships. At the Nastia Liukin Cup, Standley finished with top-10 finishes on both bars and beam.

Reagan Campbell * Coppell, Texas
Campbell trained at Texas Dreams where she was a member of the J.O. National Team and a participant at the 2013 Nastia Liukin Cup. Over her career, Campbell earned five top-five finishes at the national championships, including 2016 when she finished first on bars, fourth on beam and floor and fifth in the all-around.

The freshman class joins 11 returners from the team that finished as the NCAA National Runner-Up and swept the Southeastern Conference regular season and meet titles. Although classes begin today, the first official practice for the 2018 squad will be Wednesday, Sept. 5 inside the LSU Gymnastics Training Facility.