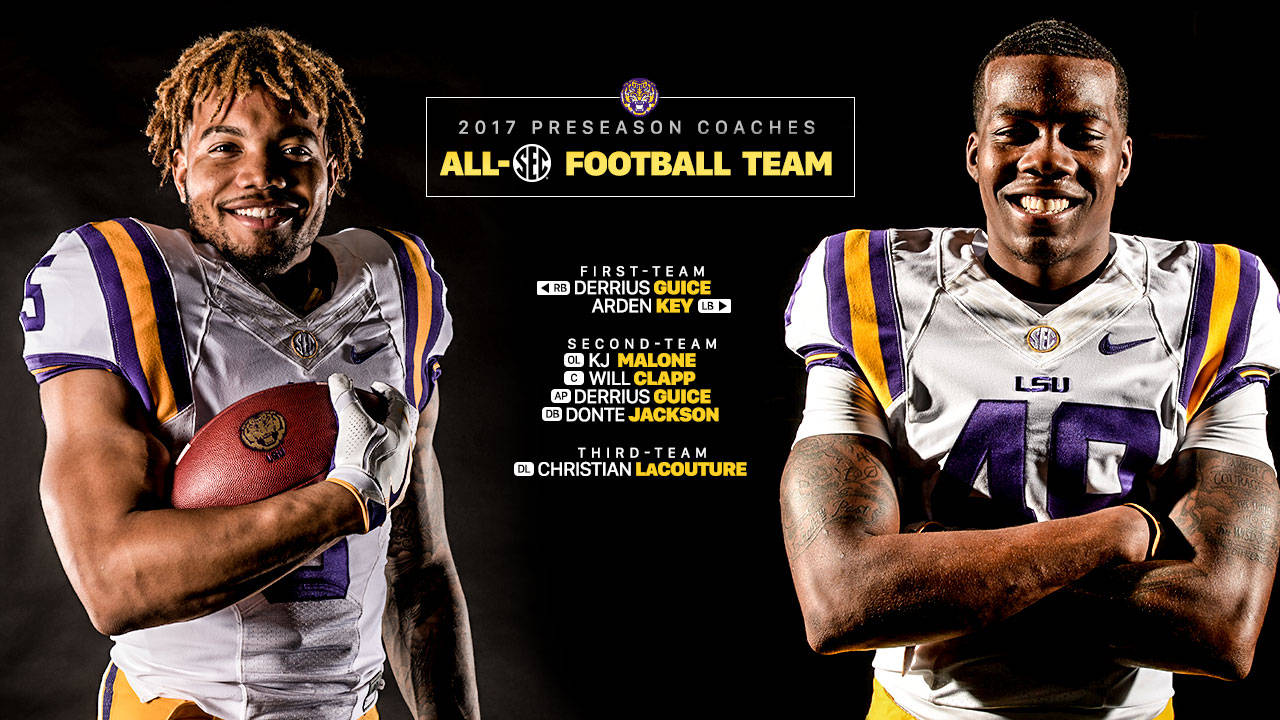 Running back Derrius Guice and linebacker Arden Key were voted to the All-SEC first team on the defensive side. On the second team, Guice was selected as an all-purpose player. He was joined by offensive lineman KJ Malone and center Will Clapp.

Defensive back Donte Jackson rounded out the second team on defense. Defensive lineman Christian LaCouture also was voted by the conference coaches to the third team.