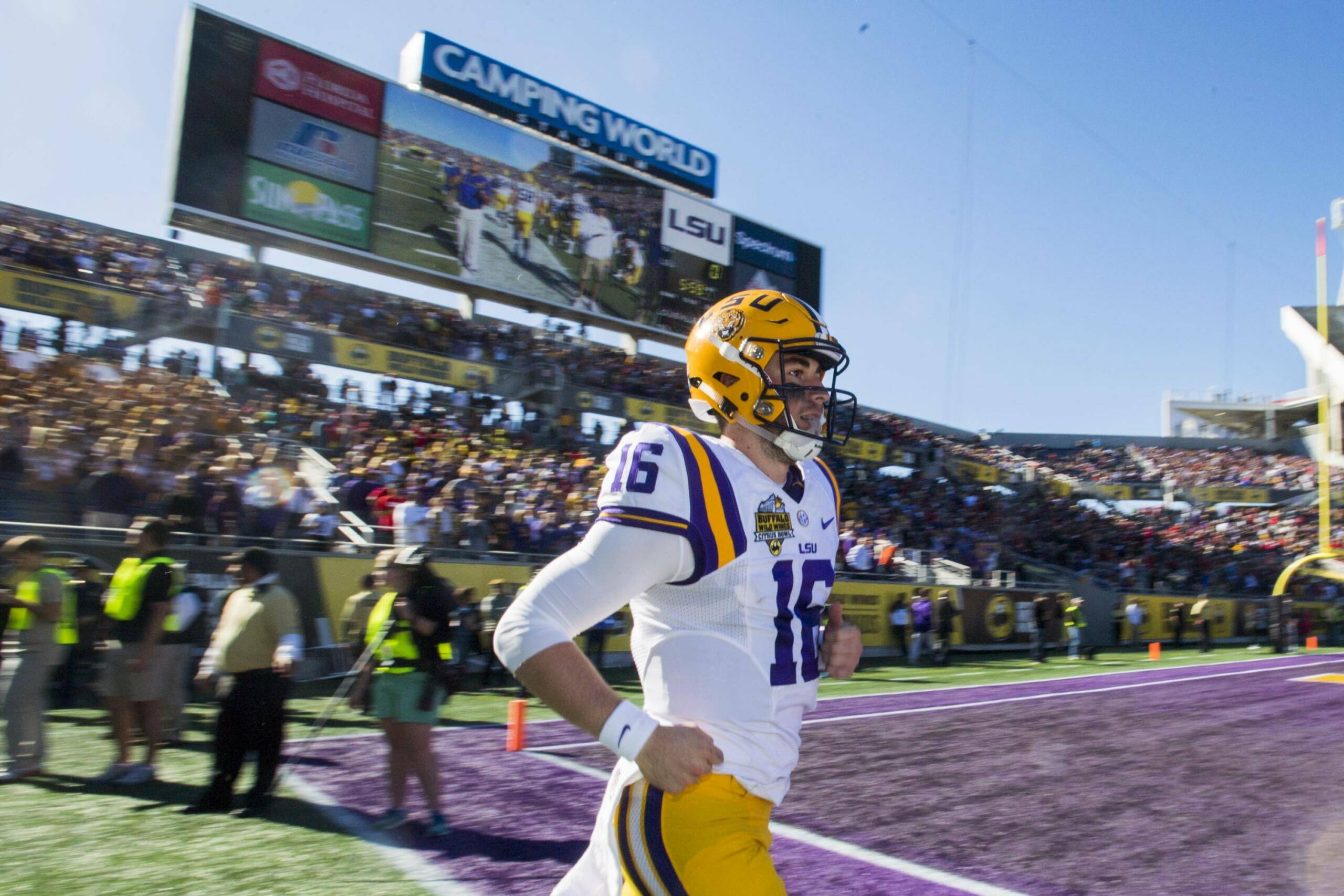 BATON ROUGE – Senior Danny Etling was named LSU’s starting quarterback on Tuesday as the 13th-ranked Tigers begin their on-field preparation for next week’s season-opener against BYU.

LSU head coach Ed Orgeron told members of the media that Etling would be the starter when the Tigers take the field against the Cougars on Saturday, September 2 at NRG Stadium in Houston. Etling started the final 10 games of the season for the Tigers in 2016, leading LSU to a 7-3 mark over that span.

Another afternoon thunderstorm forced the Tigers indoors for Tuesday’s practice. On Monday, LSU held the final 30 minutes of its practice in the rain.

“We had our first ‘Competition Tuesday’ and I thought it was a very spirited practice,” Orgeron said of Tuesday’s practice. “Sunday, we watched all of the (scrimmage) tape, and we made the decision to announce Danny (Etling) as our starting quarterback.

“Danny did a very good job for us, was very competitive, and has handled the competition very well. Myles Brennan was a very close second and so was Lowell Narcisse. (Danny) has shown that he will be an excellent quarterback for us. We are looking forward to Danny being our starting quarterback.”

Orgeron said on Tuesday, the Tigers began working against the BYU scout squad and presented a scouting report on the Cougars to the team.

“Today we gave the scouting report on BYU and they are a very strong football team,” Orgeron said. “They have won eight of their last nine games and they lost only four games by a total of eight points. That has our teams’ attention. We looked at what they do on offense, defense, and special teams. It was an introduction today.”

Orgeron said the Tigers worked on first and second down against BYU scout team on Tuesday. They will followed with third down on Wednesday, short-yardage, goal line, and redzone on Thursday.

The Tigers will have two full weeks of preparation for BYU, while the Cougars will get only one week to focus on LSU as they open their season on Saturday against Portland State.

“It can work both ways, obviously,” Orgeron said when asked if he thought it would be an advantage for BYU to have a game under its belt before facing the Tigers. “They can get the kinks out. That’s why we have had preseason games. We tried to match that, but I don’t know if you can match it. Obviously, it gives us an advantage because we get to see them play; they don’t get to see us play. They still don’t’ know what we are going to run on offense. They can guess, but they don’t know what we are going to run. I think it works both ways”