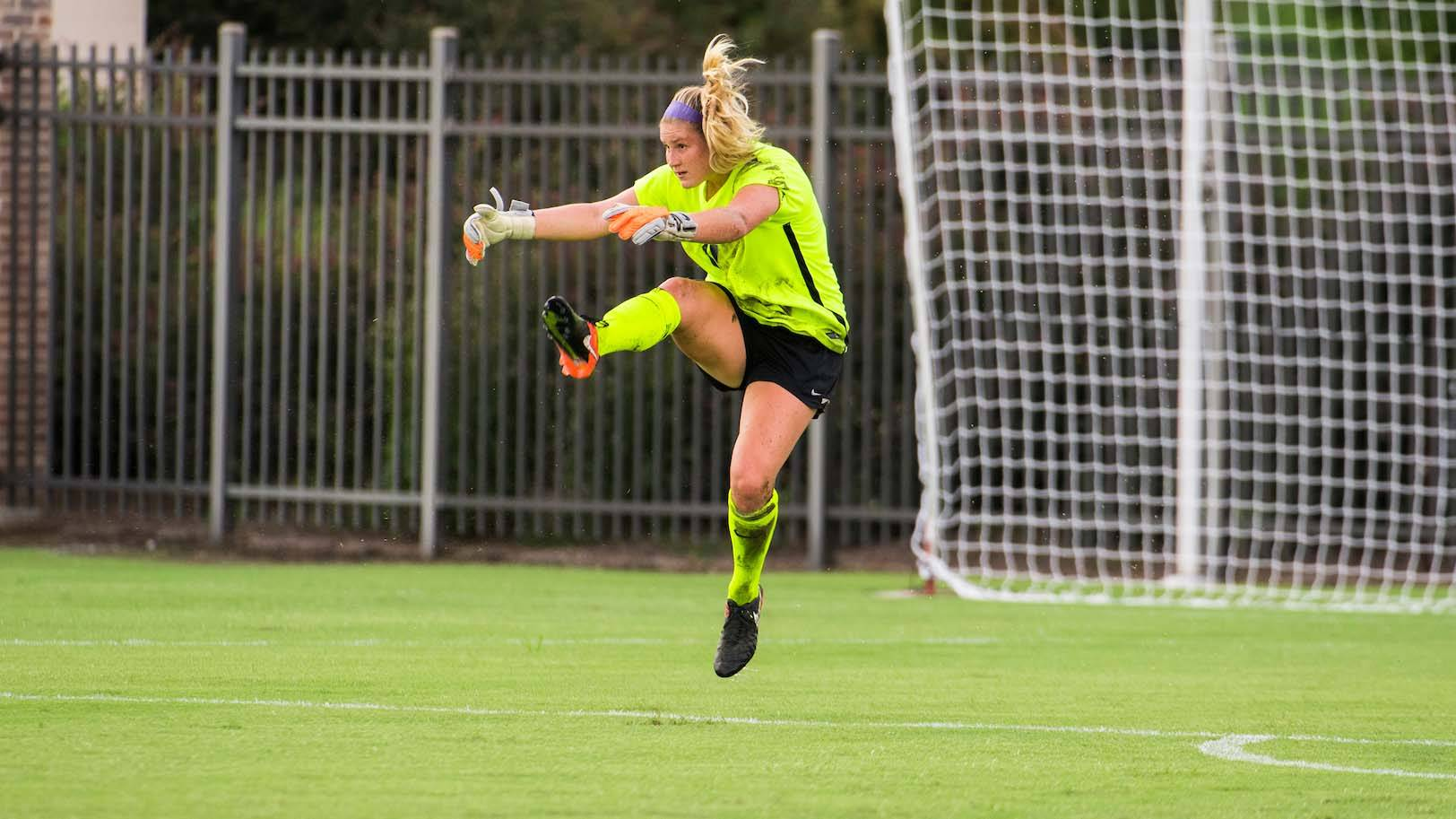 BATON ROUGE – The LSU Tigers are already reaping their rewards from two wins in two matches on season-opening weekend as junior goalkeeper Caroline Brockmeier was named the SEC Defensive Player of the Week on Monday with two clean sheets and a career-high 12 saves at Colgate on Sunday night.

Brockmeier picked up the award for the first time in her time as a Tiger and is the first LSU Soccer player to be honored as the SEC Defensive Player of the Week since Catalina Rubiano on Oct. 19, 2015.

Brockmeier proved impenetrable on the opening weekend of the 2017 season as she earned two clean sheets for the Tigers in a 5-0 home win against Mississippi Valley State on Friday and a 3-0 away win at Colgate in upstate New York on Sunday night. Brockmeier made a career-high 12 saves at Colgate, smashing her previous single-game best of nine saves set twice against Florida and Georgia in SEC play a season ago.

None of Brockmeier’s saves were bigger than her diving save of Eliza Doll’s 20-yard free kick with LSU holding a 1-0 lead in the opening five minutes of the second half. Doll, the 2016 Patriot League Midfielder of the Year and First-Team All-Patriot League Performer, scored a free kick in a similar position in Colgate’s 2-1 win over LSU in Baton Rouge a season ago. Brockmeier would not be beaten this time as she sprawled to her left and denied Doll the equalizer as the Tigers went on to add two more goals in a 3-0 victory.

Brockmeier now has nine clean sheets in her LSU career after posting seven during her debut season in 2016. The Tigers are off to their first 2-0 start to a season since 2014 and the eighth time in team history.

LSU has a week to recover before returning to action Sunday night when it hosts Lamar University in a match scheduled to kick off at 6 p.m. CT at the LSU Soccer Stadium. The Tigers will then be back on the road for the second time this season with a trip to Washington, D.C., on Thursday, Aug. 31, to face George Washington with kickoff set for 4 p.m. CT.