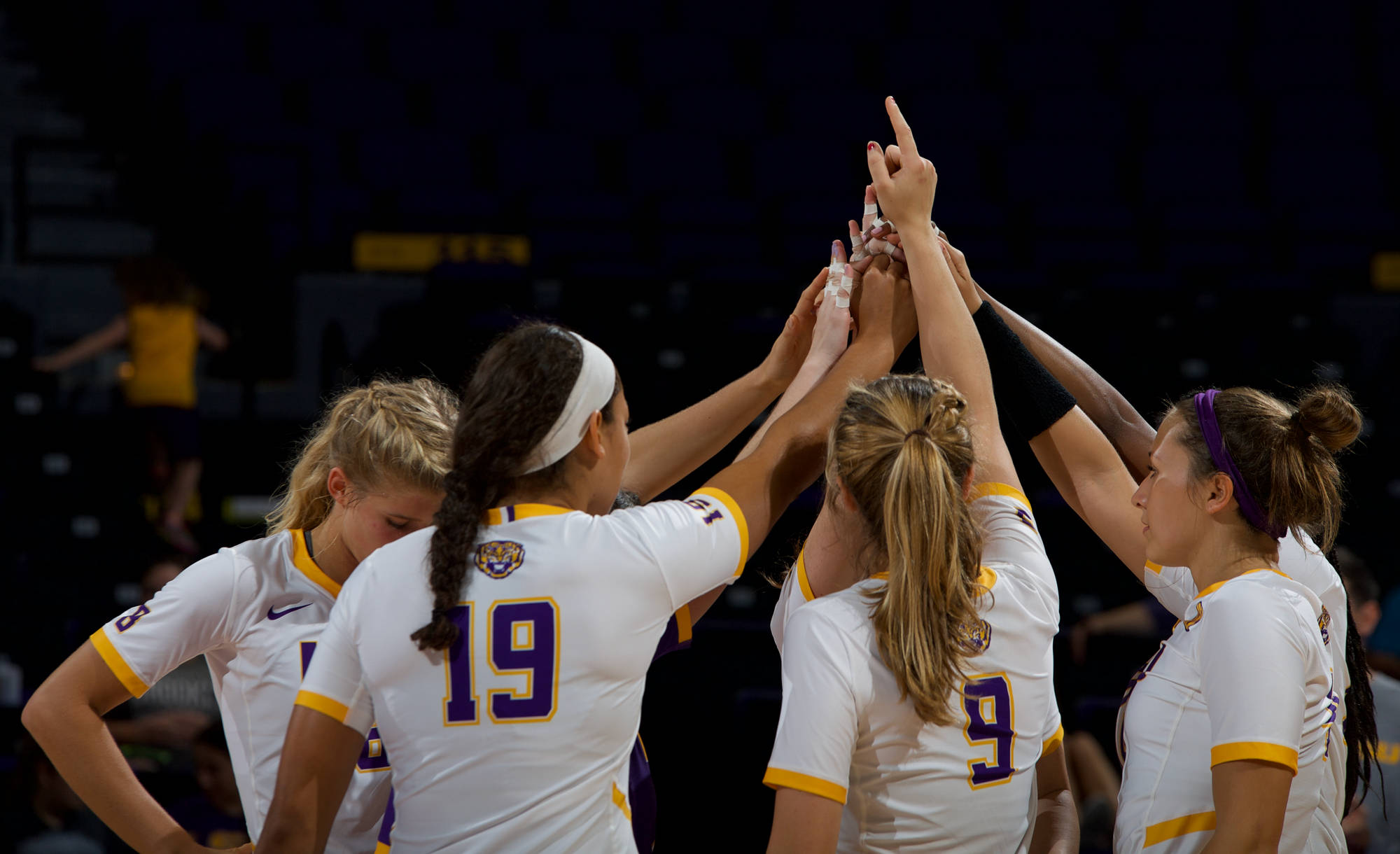 “We did some good things, and we were able to exploit some things that we needed to exploit with (assistant coach) Ethan (Pheister) playing on the other side,” head coach Fran Flory said. “When you have a staff member playing, it’s different. I think our system is going to work. We just need to trust it. We just are not quite ready. That’s the overall thought from this match. I’m happy that we have another week. We will be ready. Just a couple of little tweaks will make a big difference for us.”

“We feel very confident that this will be a much better season than we had last year. We have some really good pieces returning. Our system has improved and the new kids coming in have really meshed well with the returners. I think the returners have done a good job of adding to the culture and increasing the level expectations.”

“Olivia Beyer was really good today. I thought Lindsay (Flory) set her very well on the side. I thought those two had really good matches. Katie Kampen playing six rotations is always a fun thing to see, and Milan (Stokes) was good. I don’t think many other people had great matches. We had OK matches, but the standout was Olivia Beyer by far.”

The LSU volleyball team opens its season at the USF Invitational in Tampa, Florida, on Friday, August 25 against Arkansas-Pine Bluff at 3 p.m. CT in the Sun Dome.

> LSU’s offense turned in a strong effort as the Tigers had four players with nine or more kills.

> Olivia Beyer led the way with 18 kills for a .424 hitting percentage. The junior accounted for four blocks and 40 percent of the Gold team’s kills.

> Sophomore Milan Stokes trailed Beyer with 13 kills and hit at a .500 clip.

> Katie Kampen was one kill away from a double-double as the junior from Metairie, Louisiana, recorded 12 digs and nine kills.

> Setters Anna Zwiebel and Lindsay Flory recorded 33 and 32 assists, respectively, for a total of 65 assists.

> Freshman Raigen Cianciulli played libero for the Purple team and led all Tigers with 18 digs while senior libero Cheyenne Wood had a strong performance for the Gold team with 15 digs.

For all of the latest news and information on Tiger volleyball, visit www.lsusports.net/volleyball. Fans can also follow the program on its social media outlets at www.Facebook.com/lsuvolleyball along with @lsuvolleyball and @lsucoachfran on Twitter and @lsuvb on Instagram